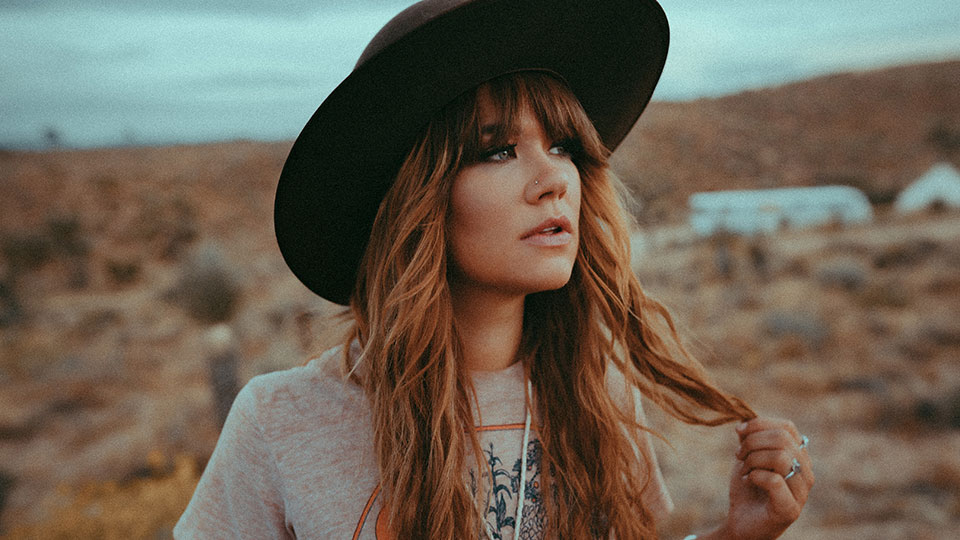 Americana Fest UK is one of the highlights of the UK music festival calendar, showcasing the very best of the Americana genre from around the world.

Normally there’d be three days of running between venues in Hackney, east London, to see as many incredible artists as possible whilst trying to dodge the cold – but this year, due to the ongoing coronavirus pandemic, the 2021 festival moved online, with the theme of ‘Staying Connected’. The showcase festival featured a whopping 14 hours of music, whilst the awards ceremony included a tribute to the late John Prine – more on that shortly – and a star-studded array of performances from this year’s nominees. For the fourth year in a row, the line-up had a 50/50 gender balance.

There were so many amazing sets we struggled to narrow it down to just 10 – honourable mentions for the piano-led blues stylings of duo The War and Treaty and the sweet, sunny vibes of Judy Blank – but we finally managed to decide on our highlights. And the best part is they’re all still available to watch online! Read on to find out more…

The Americana world lost one of its leading lights in April 2020, when the legendary singer-songwriter John Prine passed away due to complications from Covid-19. AMA UK chose to pay tribute to John with a show featuring the cream of the genre’s talent, including Billy Bragg’s version of Fish & Whistle, Ida Mae (who did a funky take on Pretty Good from his debut album), Elles Bailey’s stunning rendition of I Remember Everything, Ben Glover and Joshua Britt, Robert Vincent, Ferris & Sylvester, Danny George Wilson and Emily Barker, who performed Hello In There. The set closed with a very special appearance from John’s sons Jack and Tommy, who sang Paradise. It was a fantastic showcase for such an incredible songwriter and highlighted just how big John’s impact has been on the genre, with many of the performers speaking about their memories of him and how his songs had affected their own writing.

Katie Pruitt has been winning critical acclaim for her debut album Expectations so there was plenty of hype around her set on Tuesday night. Backed by a three piece band, she delivered gorgeous, heartfelt tunes which showed off her impressive vocals and the rich, yearning qualities in her voice. Standouts included Out Of The Blue, with a cinematic quality that put me in mind of Golden Hour-era Kacey Musgraves, and the sweet, piano-led It’s Always Been You, which she wrote for her girlfriend.

One of the opening performers on Wednesday, Joshua Burnside was definitely making up for lost time after missing last year’s festival due to illness. In his acoustic set he performed an array of tracks from his latest album, Into The Depths Of Hell, including the atmospheric Noa Mercier which featured some classic rock touches, the raw and biting Will You Go Or Must I, Nothing For Ye, a subdued, tongue-in-cheek number with an oddly wholesome feel, and Whiskey Whiskey, which contrasted a bright melody with downbeat lyrics. If you like your Americana on the folky side, with lush harmonies and clever wordplay, then he’s definitely one to check out.

The Wandering Hearts have been flying the flag for UK country and Americana on both sides of the pond for a few years now, and at Americana Fest they treated us to a sneak preview of their new album, as well as a short film about the making of the record. Highlights of their half-hour set included Over Your Body, a dramatic number which saw AJ hit some huge notes, the delicate, retro-influenced I Feel It Too with its huge chorus, pop-influenced Build A Fire and the ethereal Dolores which features a brilliant yet moving twist ending. This is definitely going to be an album to look out for this year and I think it could be their biggest yet.

I’m a huge fan of Roseanne Reid’s debut album Trails and she was one of my highlights of Americana Fest 2020, so was delighted to see her back performing again this year. Her set showcased a mixture of tracks from her upcoming EP Horticulture, due for release in April – specifically the quietly confident You Underestimate Me and the introspective What Constitutes A Sin, which showed off the richness and husky tones in her voice – as well as tracks from Trails like the wistful, warm Couldn’t Wish More For You and the jaunty It Is You. She also has the most likeable stage presence and is incredibly easy to warm to, and it’s great to see her returning to the festival.

English-American duo Church of Roswell – made up of Candi Carpenter and Josh Doyle – are one of the most exciting new Americana acts around, and right from the off showcased their incredible harmonies and musicianship, as well as bouncing off each other with jokes throughout the set, which featured songs from their upcoming EP. Rocketeer, which put me in mind of the Lumineers, started soft and dreamlike before building into a joyful chorus, whilst Love Is A Killer saw Josh and Candi pull off some impressive vocal tricks and hit some serious high notes and new single The Witcher had a rockier feel and plenty of drama. They’ve definitely got an eclectic style and I’m looking forward to hearing more from them soon.

Dublin native Declan delivered his set on Wednesday night backed by an enormous string section (this was clearly the year for strings!) before quoting Martin Luther King ahead of his performance of Have You Not Heard The War Is Over. He had amazing soaring vocals with great depth throughout, particularly on the stripped-back The Harbour, which brought its vivid cast of characters to life. However the highlight was a string arrangement of his breakthrough song Galileo (Someone Like You), which took on a beautiful uplifting quality and felt like it could have come straight from a classic Hollywood movie. Look out for his new album Arrivals, which is produced by Paul Weller and will be released next week – it promises to be great.

There were plenty of record label showcases across the festival – check out those from Loose Music and Yep Roc Records too – but the standout was the Thirty Tigers showcase on Tuesday night. Hosted by Emily Barker and Robert Vincent – who also performed during the session – the 90-minute show packed in a serious array of talent, ranging from Jason Isbell & The 400 Unit’s sparse, bluesy Overseas to the rollicking high energy of Charley Crockett’s Run Horse Run, Darlingside’s beautiful a capella harmonies on Ocean Bed, the heavyweight swampiness of Lucero’s Coffin Nails and Ida Mae’s Raining For You, which matched twang with breathy vocals. Other stars appearing included Entertainment Focus favourite Brent Cobb, the legendary Lucinda Williams, superstars The Mavericks and Blackberry Smoke, who closed the show with the funky Hey Delilah. It highlighted how truly diverse the Americana genre is; if you listen to one show from the festival, make it this.

It’s no secret that we love Ruthie Collins here at Entertainment Focus. Her latest album Cold Comfort was one of our top ten records of 2020, and she was definitely the act I was most looking forward to ahead of the festival. Luckily she didn’t disappoint, playing tracks such as the lush, vivid Joshua Tree with its Wild West feel, the bittersweet Hypocrite and the shuffling, wistful Cheater. Her gorgeous sweet vocals soared throughout – particularly on the atmospheric Cold Comfort – and from the reaction online it was clear she’d won over plenty of new fans.

We were promised a ‘secret set’ on the Wednesday night and really the clue was in the name! After having to cancel their appearance last year, Laura and Lydia Rogers performed a set featuring songs from their acclaimed album Saturn Return as well as across their career. Highlights included the romantic, moving Hand Over My Heart, the dark dramatic Cabin, the subdued and introspective Nowhere Baby and a rollicking rendition of He’s Fine. They closed the show with Healer In The Sky, dedicated to their grandmothers, which was full of warmth and emotion and showed off their gorgeous harmonies to perfection with its a capella ending.

You can watch all sets from Americana Fest UK 2021 again until 11th February 2021 via the Americana Music Association UK website, at a cost of £25 per ticket.