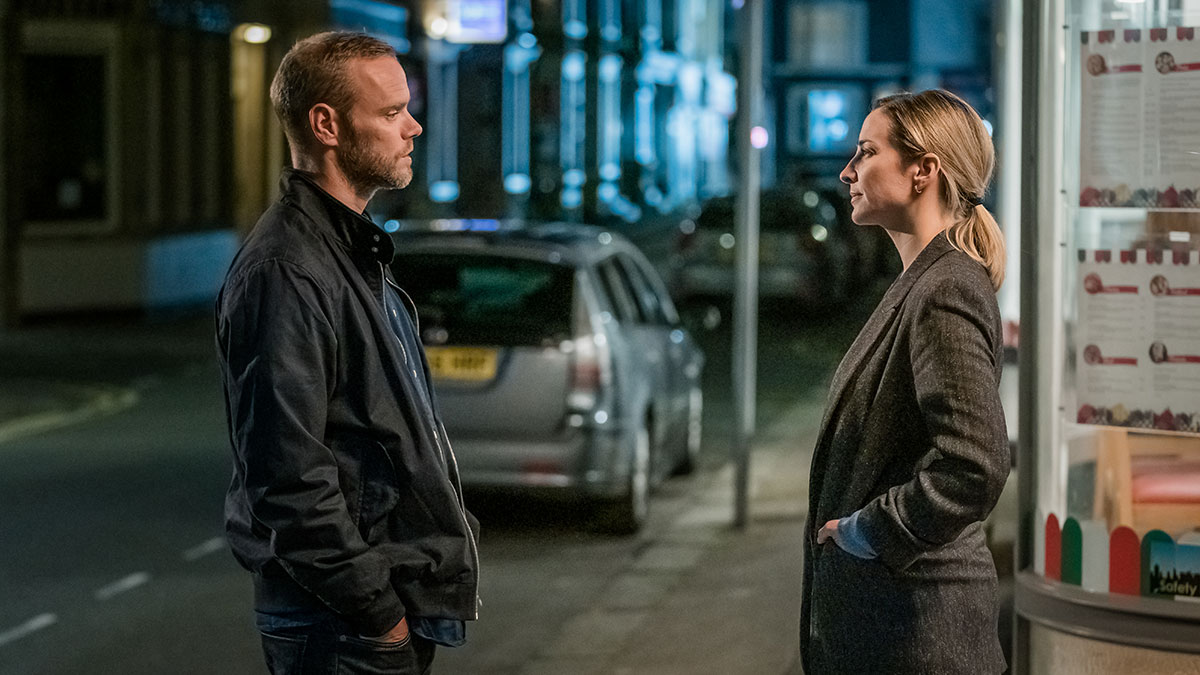 ‘The Bay‘ continued its second series tonight (for those of us that haven’t binged it on ITV Hub) on ITV.

Lisa (Morven Christie) had to deal with the repercussions of Andy (Joe Absolom) reappearing in her life and causing a rift with her children. At the same time she was desperately trying to find a breakthrough in the murder case with new evidence pointing to a teenage boy who ditched the murder weapon.

The investigation actually uncovered a troubled young foster girl called Cass (Kelcie Atkinson) who was brought into police custody and kept in a cell over night when she refused to talk.

Lisa also discovered that before his death, Stephen had believed that someone in the family had been stealing money from the law firm.

Read our full recap of ‘The Bay’ series 2 episode 2

As the team press on with the investigation, Lisa and Med dig deeper into the family and discover not all relationships with the victim were amicable. With one suspect beginning to talk, a crucial piece of evidence comes through, leaving Lisa with more questions than answers. Lisa is forced to give time to her home life as Andy continues to grow closer to Abbie and Rob, while Penny decides to take matters into her own hands.

‘The Bay’ continues at 9pm Wednesday on ITV. The full series is available to watch on ITV Hub now. Preview the episode with our gallery below: