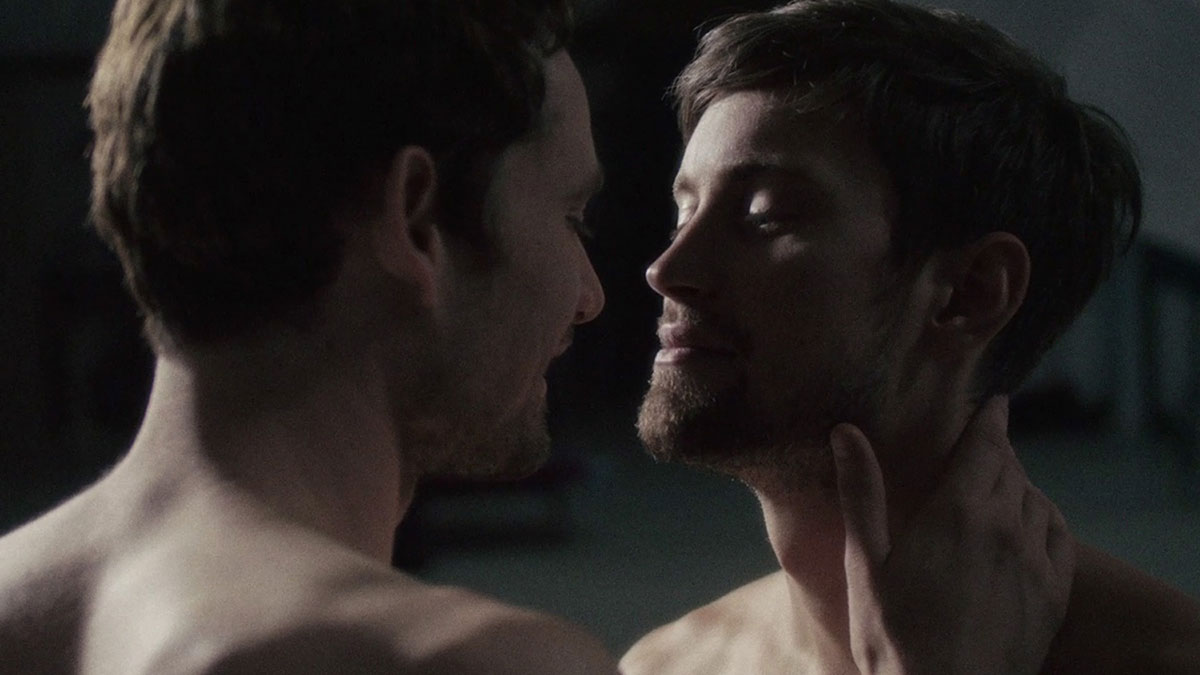 Before 2020 finally ends and we can look forward to (hopefully) a better 2021, NQV Media is sneaking out another instalment of their ‘The Male Gaze’ series. The popular shorts series pulls together five new shorts from the UK, France, Sweden, Mexico and the USA for new release ‘The Male Gaze: The Boy Is Mine’.

The collection opens with 7-minute short ‘Uneven’ from director Rafael Ruiz Espejo and it’s a quirky watch. The short follows a lonely sock who tries to catch the eye of a sexy young man when he finds an opportunity to lend a helping hand. ‘Uneven’ doesn’t outstay its welcome and it’s a fun way to ease you into the rest of the shorts.

Second short ‘Wolves’ is from Fuoco Maria Balduzzi and it’s considerably darker in tone. It tells the story of Josh, a 16-year-old boy who has a volatile relationship with his father. He spends time alone in a nearby woods and one day meets another boy that puts him on a path of self-discovery. It’s an intriguing short but I did feel that the story could have been fleshed out a little more to give it more of an impact.

Jerome Casanova’s ‘Johnny’ tells the tale of the wild and impulsive titular young man who draws the attention of Aurélien. Despite Johnny’s unpredictable, and not always pleasant behaviour, Aurélien can’t help but be drawn to him and what unfolds is a refreshing take on first love.

The strongest short on the collection is ‘Debut’ by Anette Sidor. Aspiring model Philip attends a casting for a renowned photographer and he gets the opportunity to post alongside a well-known model called Sebastiaan. The two men immediately have a sexual chemistry but while Philip is keen to do whatever the photographer asks, no matter how far over the line it might be, Sebastiaan isn’t as keen. It’s an interesting exploration of the fashion industry and the lengths people will go to feed their ambitions.

Nicolas Jara’s ‘Guardian’ concludes the collection and it focuses on a Latino teen who lives with his homophobic father. He keeps his sexuality and boyfriend a secret and his only connection to his mother is through video tapes she recorded for him. The short is a classic coming-of-age tale that goes where you expect it to and it doesn’t really have anything new to say sadly.

‘The Male Gaze: The Boy Is Mine’ is a mixed bag but for the most part it’s very enjoyable. I’d say it’s worth checking out for ‘Debut’ alone but overall it wasn’t as cohesive as some of the releases in the series so far. As always though, NQV have curated a collection of shorts that are worthy of your time and they continue to support LGBTQ film-makers from around the world.