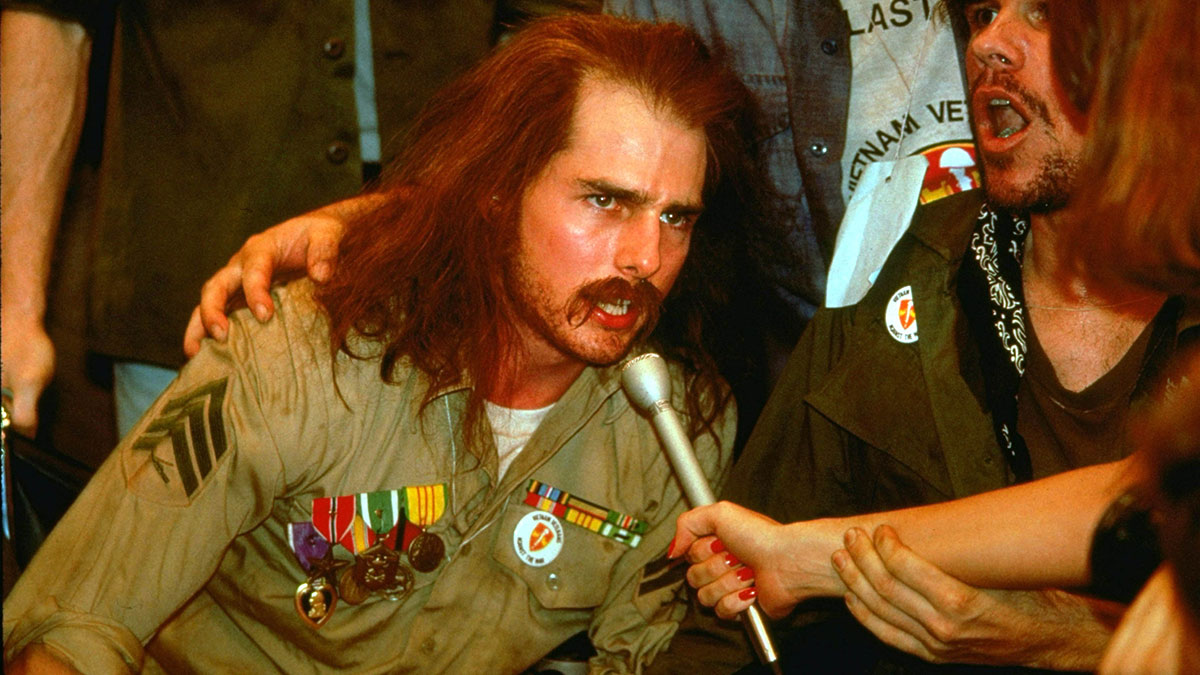 Ron Kovic (Tom Cruise) is compelled to enlist in the United States Marine Corps after two recruiters visit his high school. Determined to fight for his country, Ron is assigned to Vietnam and during his second tour of duty, he begins to feel disillusioned with his decision. A series of tragic incidents that lead to Ron being paralysed, force him to return home and deal with the aftermath of serving for his country. As he tries to adjust to civilian life once again, Ron begins to fight against the on-going war.

‘Born on the Fourth of July’ is an Oliver Stone classic and it’s based on the book of the same name by the real-life Ron Kovic. The film was originally released in 1989 and it earned Tom Cruise an Oscar nomination. It’s fair to say until that point, no one thought of Tom Cruise as a serious actor or more than just a pretty face. His performance in this film changed all of that and his career really started to ascend afterwards.

Not an easy film to watch, and pretty lengthy at 144 minutes, ‘Born on the Fourth of July’ gives you a real insight into what Ron went through starting from being a child and ending with his changed outlook on going to war. The scenes with Ron in Vietnam are short but they leave a lasting impact. His unit accidentally guns down civilians and children, and even worse in a moment of confusion Ron kills one of his own, something that his commander is keen to ignore and cover up.

It’s actually at the point that Ron goes to hospital after being seriously injured, that the film becomes compelling. Cruise’s performance is shockingly good as he brings out the frustration of Ron with his treatment and his ordeal. At times heart-breaking, and at others deeply moving, the film feels warts-and-all as Ron goes through the gamut of emotions on his return home. Having to adapt to life as a paraplegic is hard not only on him but also his family. His conservative mother doesn’t help either as she’d rather pretend everything is normal.

In the second half the film falters a little. Ron is sent to Mexico to a haven for wounded Vietnam veterans but honestly, I didn’t think the film needed it. It slows the pacing down too much and it doesn’t really add anything. I understand that the scenes are trying to show Ron doing whatever he can to move on with his life but it felt unnecessary. Thankfully the film picks up again once Ron leaves Mexico and the final 30 minutes are brilliant.

There’s no doubt that Tom Cruise gives an incredible performance here. It’s unsurprising that he received an Oscar nomination as he really does embody the character he’s playing. For the first time in his career, he really dug into the emotion of his character and this is quite possibly the most layered and complex performance he’s ever given. He’s so good, that it’s hard to really remember anyone else in the film!

Extras on this new Blu-ray version include a feature commentary with Oliver Stone and a featurette.

‘Born on the Fourth of July’ is one of those films that for one reason or another, I never got around to watching until now. I’m glad I’ve finally seen it because it is a superb film from Stone and Cruise’s performance is superb. Hard-hitting, thought-provoking and emotional, ‘Born on the Fourth of July’ is a real tour-de-force of a film and it’s one that is rightly considered to be a classic.

Advertisement. Scroll to continue reading.
In this article:Born on the Fourth of July, Fabulous Films, Oliver Stone, Tom Cruise