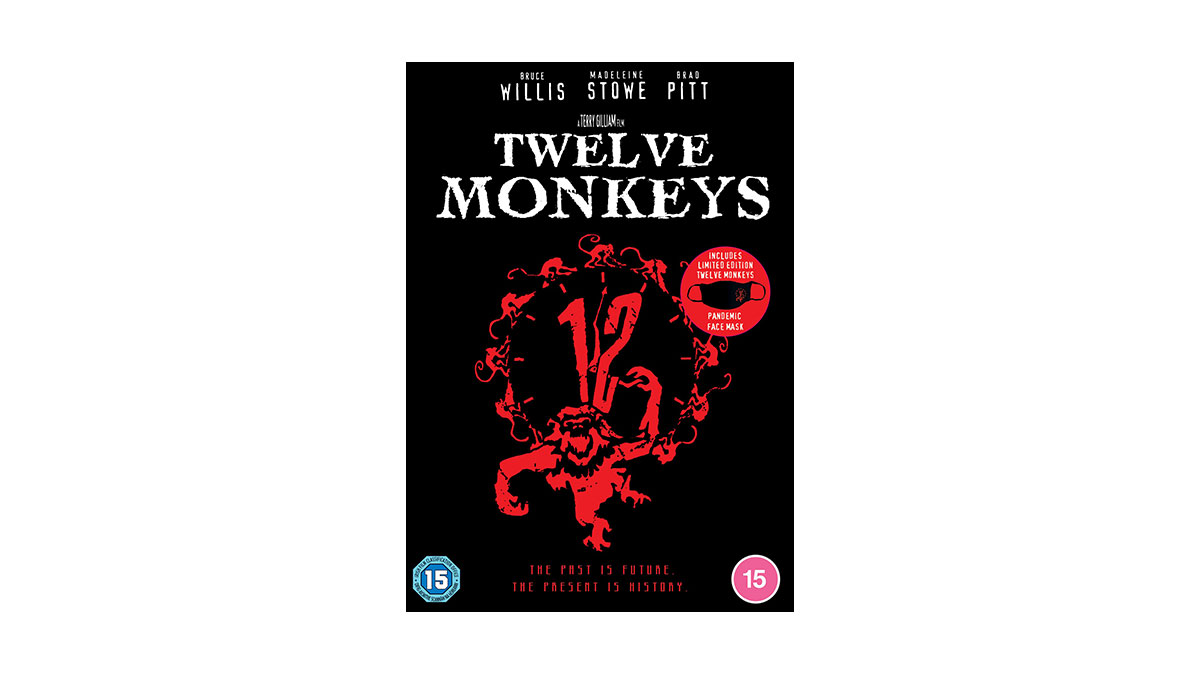 Brad Pitt was nominated for the Academy Award for Best Supporting Actor, and won a Golden Globe Award for his performance.

Between the past and the future, sanity and madness, dreams and reality, lies the mystery of the Twelve Monkeys.. the year is 2035 and humankind subsists in a desolate netherworld following the eradication of 99% of the Earth’s population, a holocaust that makes the planet’s surface uninhabitable and mankind’s destiny uncertain.

Cole (Bruce Willis) a reluctant volunteer aided by Dr. Kathryn Railly (Madeline Stowe) have only two clues to solve the puzzle of the Twelve Monkeys which threatens to completely erase humanity from the planet…

‘Twelve Monkeys’ was inspired by Chris Marker’s 1962 short film ‘La Jetée’,. Terry Gilliam had not seen the film (he makes a principle not to see or read the original) but agreed to doing ‘Twelve Monkeys’ because of the script and its conceptual similarities to his 1985 film ‘Brazil’.

To celebrate the release, we’ve for 1 copy on DVD to give away. Enter below for a chance to win…