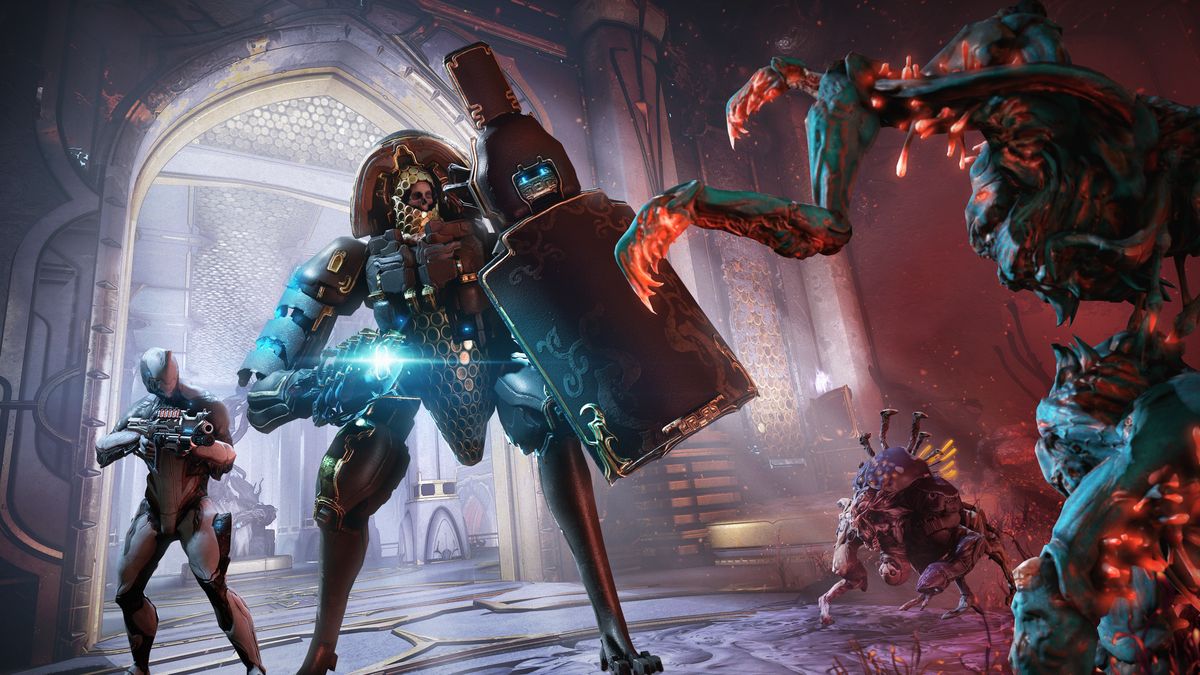 Following Warframe’s open-world expansion ‘Heart of Deimos’, Digital Extremes are giving players the chance to strike back against the Infested in the newest update ‘Deimos: Arcana’. The new update is available now on PC.

Tenno (players’ in-game name) can counter attack the Infested seemingly infinite infantry with unmatched ferocity by suiting up in the Necramech, a shield-wielding Thano-Tech mech equipped with a sword. Players can impale and then throw enemies into the air with Bonewidow, who also carries a deadly Infested rocket launcher, bringing immensely powerful fun and grisly experimentation to the Cambion Drift.

To confront new enemies like the Mitosid (that, when shot, duplicates!), a new assortment of weapons, items, and specialty Warframes will be available. By completing missions and earning standing, Tenno can arm themselves with Infested Beam Pistols, Cernos, Nunchaku, Arm Cannons, new Kit Guns, Arcanes, Augments, and more. They can collect the beautifully glassy Gara Deluxe Collection, earn standing at Grandma’s Remedy Workshop, pick up new Infested K-Drive Skins and much more.

Strengthening player desire to explore the pustulating landscape of the Cambion Drift, the developers have built four deep new underground levels. Combined with Vault Bounties and Hunting and Conservation offerings, players will have more depth and variety than ever before in their open world journeys.