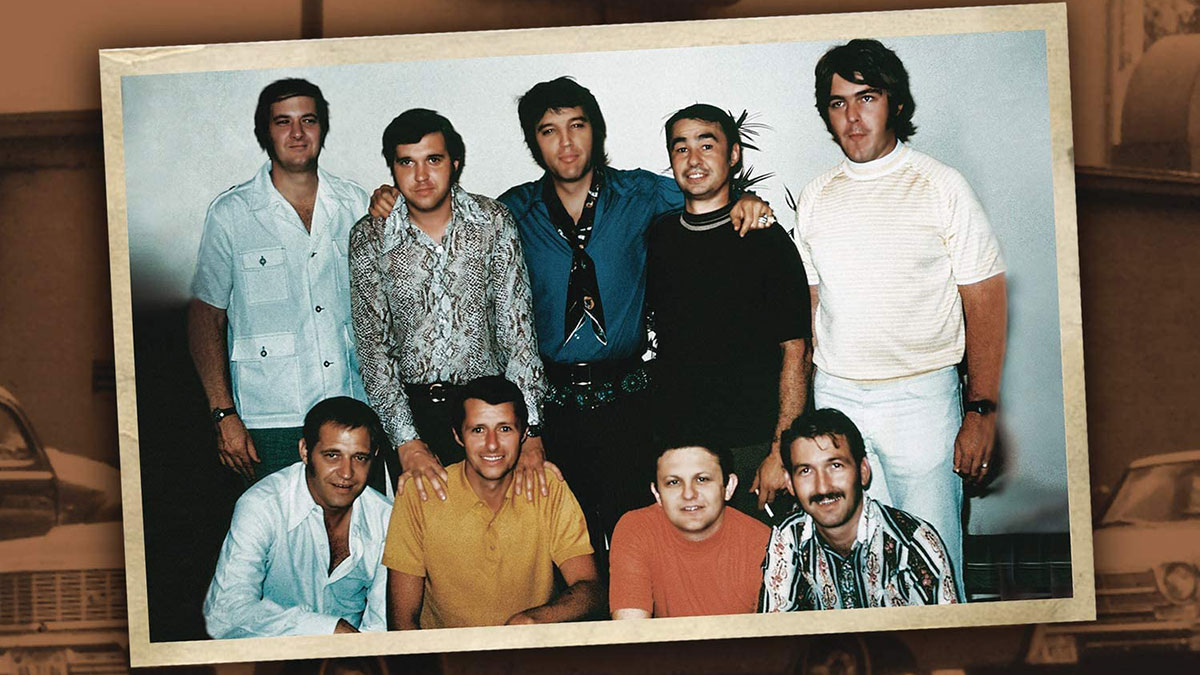 Few artists make the impact on music that Elvis Presley did. Active from 1953 until his death aged 42 in 1977, Elvis conquered the charts and made a name for himself in movies too. With plenty of records under his belt, Elvis is beloved across the world and as popular today as he ever was. Fans have become accustomed to new releases from the King since his death and this week Sony Music is releasing ‘From Elvis in Nashville’, a collection that captures his epic five day/night run at RCA’s Studio B in Nashville during June 1970 (with an additional session in September of the same year).

‘From Elvis in Nashville’ is available on multiple formats but this review is based on the 4CD boxset that features a mix of master recordings and outtakes. This release marks the first time the master recordings have been released and they’ve been newly mixed by engineer Matt Ross-Spring (John Prine, Jason Isbell). The songs recorded during these sessions formed the core of his three most successful studio albums from the 1970s – ‘Elvis: That’s the Way It Is’, ‘Elvis Country (I’m 10,000 Years Old)’ and ‘Love Letters from Elvis’.

The first two discs are the master recordings of the songs that would eventually go on to be included across those albums, and for long-time fans of Elvis, it’s a chance to hear the songs in a new and raw way.  ‘Twenty Days and Twenty Nights’ is an early standout, with Elvis’ distinctive voice stepping into crooner territory, while ‘I Was Born About Ten Thousand Years Ago’ has a Country-leaning sound that suited the King. Elvis’ version of ‘Bridge Over Troubled Water’ sounds magnificent in this collection, showing off his majestic tone to great effect.

Elvis always said he was at his best live and with a band, and these masters certainly reinforce that claim. He really could sing anything and his versatility is highlighted across the 40 tracks on the first two discs. ‘Got My Mojo Working / Keep Your Hands Off It’ is pure, classic Elvis, ‘Just Pretend’ is a showcase for that perfect vibrato Elvis always brought to his songs, and ‘Tomorrow Never Comes’ is the perfect example of how loose and engaged Elvis could sound in a relaxed band environment.

For a lot of fans, they’ll be drawn to the set’s second two discs. Casual fans won’t be all that interested in outtakes but the hardcore fans will listen to them intently, hoping to pick out the differences from the recorded version they’ve had in their collection for years. With candid audio from the studio, you hear Elvis talking to the musicians and his producer before launching into the songs. The 32 songs give a real glimpse into what Elvis was like in the studio and it’s pretty fascinating.

‘I’ve Lost You’ (Take 1) feels like you’re witnessing something truly special and that feeling comes on many of the songs on these two discs. There’s a rehearsal version of ‘You Don’t Have To Say You Love Me’, which is pretty spine-tingling, and on ‘Mary in the Morning’ (Takes 3-4) you hear the band being given direction before Elvis kicks into action. One of the highlights for me is the powerful ‘The Sound of Your Cry’ (Take 3) because Elvis sounds absolutely magnificent. Other standout moments include ‘The Fool’ (Take 1), ‘Snowbird’ (Take 1) and ‘There Goes My Everything’ (Take 1).

With the wealth of material on this release, I could go on for days but I feel you’ve likely got the impression that I consider this to be a must-have addition to your Elvis collection. As I said before, casual fans may not find enough here to hold their interest but the hardcore Elvis fans will feel like Christmas has come early. Elvis was, and still is, such an intriguing figure and hearing glimpses of him in the studio – producing some of his best work – feels like an absolute treat. If you don’t want so much material, try the vinyl release which packs 22 highlights onto 2LPs.