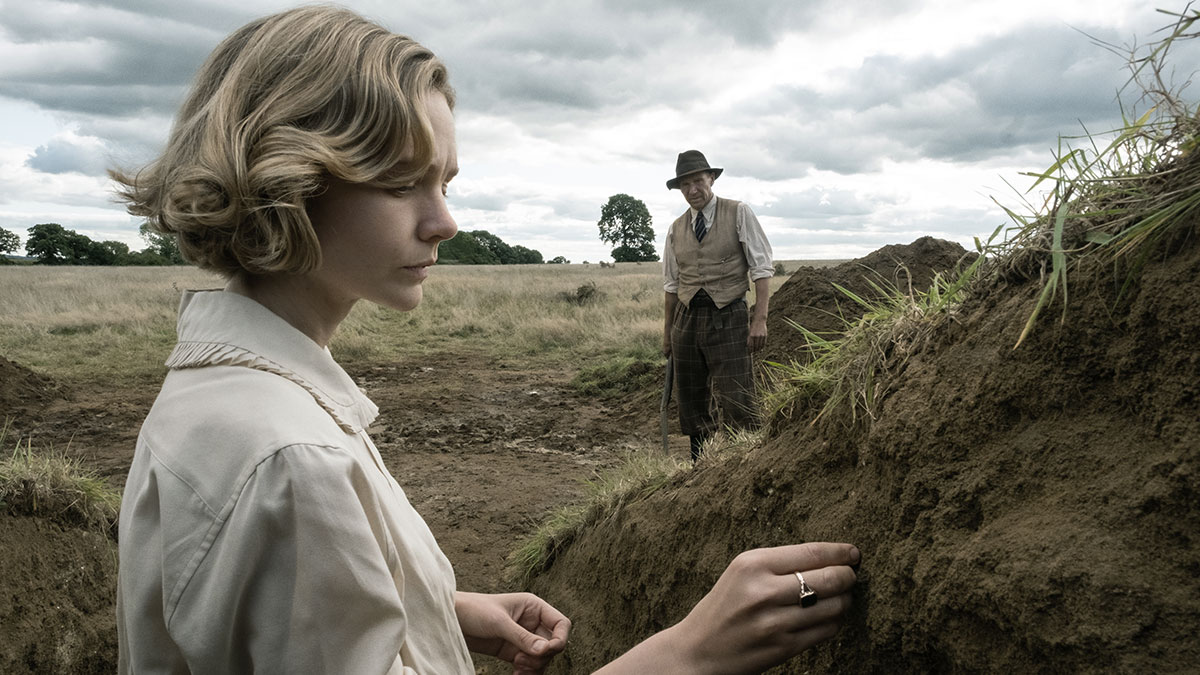 A series of first-look images have been released for Netflix’s upcoming film ‘The Dig’.

Directed by Simon Stone, the film is based on the novel by John Preston and features a screenplay by Moira Buffini. The cast includes Carey Mulligan, Ralph Fiennes, Lily James, Johnny Flynn, Ben Chaplin, Ken Stott, and Monica Dolan.

As WWII looms, a wealthy widow hires an amateur archaeologist to excavate the burial mounds on her estate. When they make a historic discovery, the echoes of Britain’s past resonate in the face of its uncertain future‎.

The film’s release date hasn’t been confirmed yet with Netflix just teasing that it’s ‘coming soon’. Take a look at the first-look images below:

Credit: Netflix
In this article:Netflix, The Dig