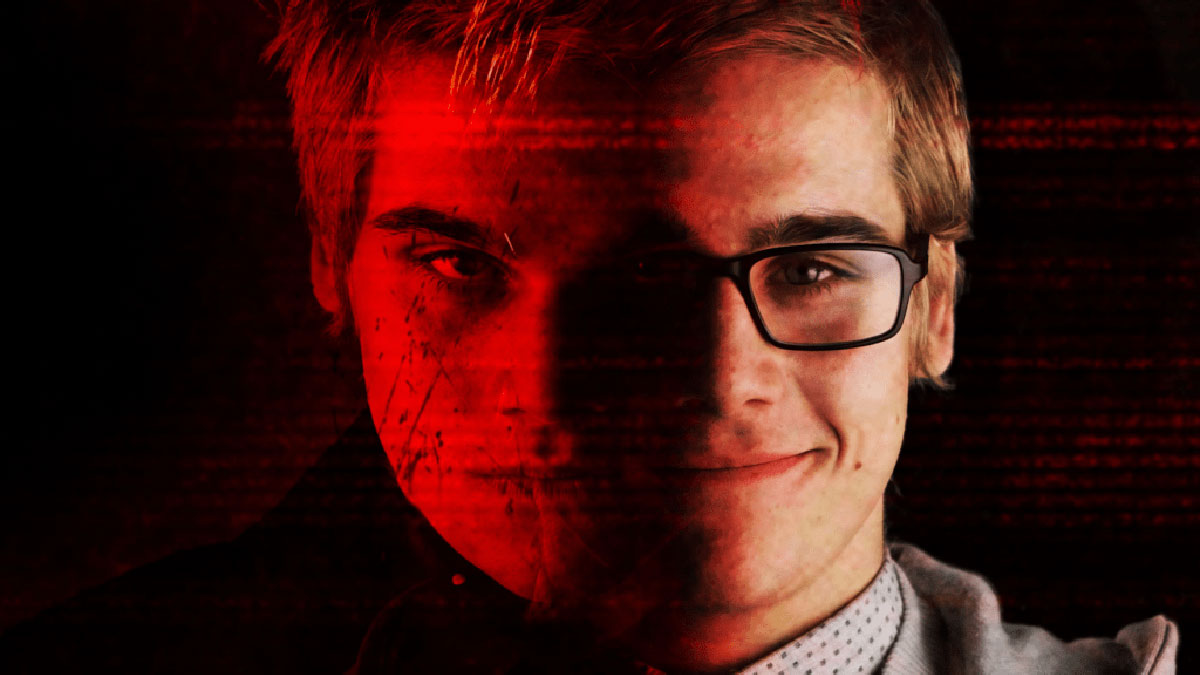 Shy film student David (Nicolas Prattes) meets newcomer Jônatas (Andre Hendges) and his group of friends, and he gets pulled into a world that awakens dark feelings inside him. With a desire to kill, David starts to act out on his urges, filming the murders and posting them anonymously on the Internet. When the videos start to go viral, David’s dark past starts to come out and his serial killer nature is explained.

‘My Dead Ones’ is the feature film debut of writer/director Diego Freitas and it’s an unnerving and chilling horror/thriller that will make you second guess yourself. Freitas has crafted a film with unreliable narrator David at the centre, making you wonder if what you’re seeing is real or fiction. Second to the murders, which awaken David’s repressed lust for murder, is his sexuality, which is pulled into question when he meets the handsome and mysterious Jônatas. That storyline bubbles under the surface with David struggling to get to grips with his feelings.

The film grapples with those two strands and it’s interesting the way one is linked to the other. The more Davi enjoys the murders, the more confident and bold he feels about himself and his burgeoning sexuality. He gets a high from his behaviour and the propels him to be bolder, stepping out of the shy shadow he’s lived in until the arrival of Jônatas.

Where the film really surprises is in its climax, which I won’t divulge here. It twists your expectations and delivers something you won’t expect, that will make you want to rewatch the entire film again to see if you can spot the clues. Up until that point, ‘My Dead Ones’ treads fairly familiar ground but Freitas does manage to pull the rug from under you by the end.

Nicolas Prattes is perfectly cast as David. His performance is creepy and unnerving, yet somehow you feel invested in him and in an odd way, you root for him. Despite seeing him committing these heinous crimes, you kind of want him to get away with it. He’s matched by André Hendges who is brooding and mysterious as Jônatas, the new friend that comes out of nowhere and changes Davi’s life.

‘My Dead Ones’ is a tense and compelling thriller that blossoms into something completely unexpected. Freitas shows a real talent for misguiding the viewer, ensuring that you’re always on the back foot and questioning what you’re seeing. For a feature film debut, it’s a strong effort and stylistically it’s very striking. I’ll certainly be keeping an eye out for what Freitas does next.