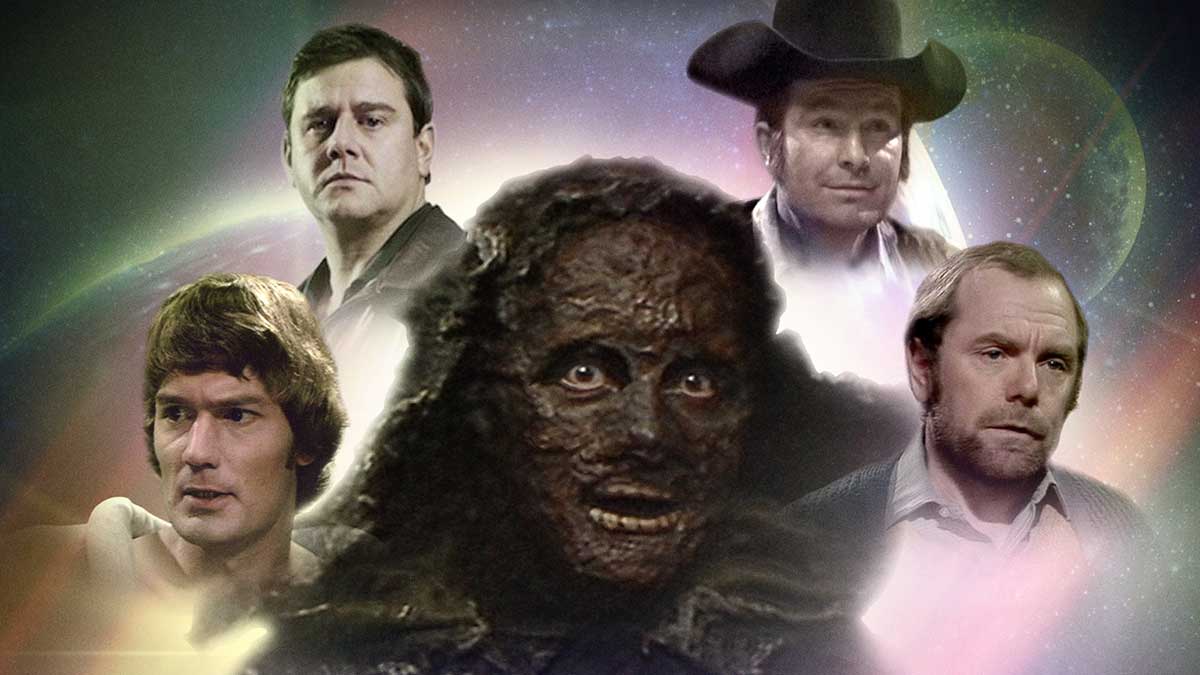 The latest collection of interviews to be released with the cast of the BBC’s flagship Doctor Who series is a compilation called ‘Heroes and Villains’. It’s a loose umbrella theme, but this two-disc set nevertheless offers the many fans of the cult science-fiction show a rare, in-depth and personal insight into the lives and careers of actors who will be beloved and familiar to aficionados.

There is an introduction by the producer Keith Barnfather and presenter Robert Dick, who with amusing rapport, set the scene and let viewers in on how they found conducting each interview. The first actor in the hot seat is Prentis Hancock, who was in no fewer than four Doctor Who stories, two with Jon Pertwee and two with Tom Baker. But Hancock also opens up about his time working on Gerry Anderson’s live action series Space: 1999, including how he found out he hadn’t been kept on for the below-par second series. He’s described in the introduction as dour, but he comes across more as shy and self-effacing. Robert Dick’s coaxing interview style soon has Hancock chuckling and bringing out his best stories.

Next up is Geoffrey Beevers, the actor who played the Master in the Tom Baker serial The Keeper of Traken. Not only that, but he was married to the late Caroline John (Pertwee companion Liz Shaw). Interviewed in his home, with a tasteful china cup of tea in hand, Beevers could not be more relaxed, and he also responds well to Robert Dick’s genial line of questioning. As well as recounting his time on Doctor Who, and a wine-tasting session with companion Matthew Waterhouse in Australia, Beevers speaks about his writing projects and extensive theatre and radio career.

The third interview is the first to dip into the archives. It was filmed with Angus Lennie in 2007, seven years before his death in 2014. The adaptable Scottish actor had made an impression on audiences in sizeable supporting roles in the much-loved war movies The Great Escape and 633 Squadron. He recounts his experiences on set in the interview, with lively anecdotes about rubbing shoulders with Hollywood greats. He also provides his reminiscences of working on Doctor Who with Patrick Troughton in The Ice Warriors and with Tom Baker in Terror of the Zygons. An in-depth interview with such an interesting performer is always going to be a treat for fans of British television and film. This segment doesn’t disappoint, though there is a noticeable dip in picture quality, and interviewer Nicholas Briggs’ preferred method of recording his questions separately and addressing them directly to camera is strangely distracting.

The first actor to appear on the second disc is Shane Rimmer, who sadly died in 2019. The interview was recorded in 2018. He was only in Doctor Who once, in the William Hartnell serial The Gunfighters, playing Seth Harper, and some of his anecdotes about the star are enough to raise an eyebrow! Beyond his foray into 1960s’ Doctor Who, Rimmer carved out a remarkable career, which he divulges over the course of an engrossing hour with Robert Dick. Rimmer had small roles in everything from Superman with Christopher Reeve to Batman Begins with Christian Bale, with no fewer than three James Bond films where he shared scenes with Connery and Moore in between. The interview with Rimmer represents everything that is great about the Myth Makers series: it has preserved for posterity Rimmer’s reflections at the end of his long life on a great career, providing viewers with fascinating stories.

The penultimate interviewee on this release is Kai Owen, the live-wire actor who featured in Torchwood, who talks about his career with Robert Dick. At only 45, Owen hopefully has a long career still to come. Finally, Martin Parsons speaks to Nick Joseph – a name that’s unlikely to register with casual viewers, but whose career as a bit part actor and background artist has landed him in some of the best-known film and television franchises around. Nick talks about his involvement in Star Wars, James Bond (curiously, he and Shane Rimmer both appeared in The Spy Who Loved Me with Roger Moore) and, of course, Doctor Who. If you don’t remember the name, he was a cricket captain in Black Orchid and one of the lazars in Terminus. If those appearances don’t ring a bell, his star turn as the headless android in the Blake’s 7 episode Headhunter ought to – the scene gave plenty of children nightmares!

The six interviews are packaged by Koch Media and were originally released under the Myth Makers series, and produced by Reeltime Pictures. Established actors have usually had fascinating lives and worked with so many interesting people, and the assortment on offer here are no exception. These charming interviews are a permanent reminder of theatrical legacies. Perhaps too they offer a chance for fans nostalgic for the old conventions to relive the glory days of indulging in veteran actors’ tales. These collections are too niche for casual viewers, but for the true devotee, The Doctors Heroes and Villains rewards with in-depth biographies of the notable special guests from Doctor Who’s long and glorious history.

In this article:Doctor Who, Koch Media, Nicholas Briggs, The Doctors Heroes and Villains