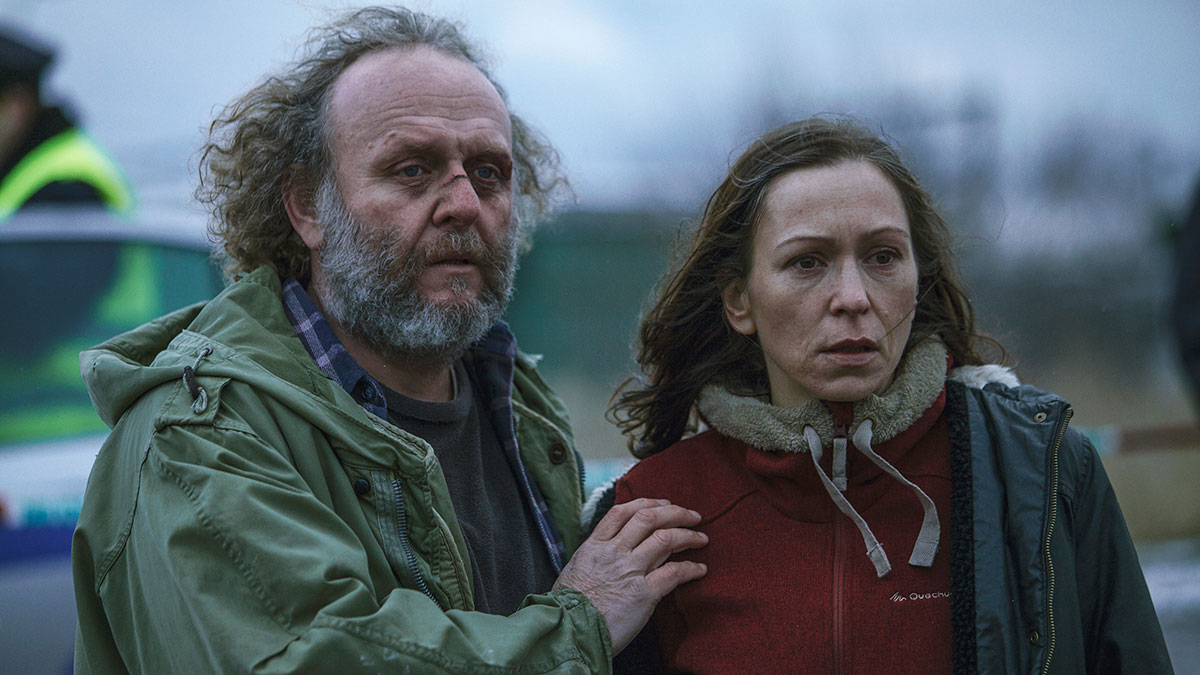 Czechia is the short-form name for what we used to call Czech Republic. Chances are, if you’ve been there it would have been to Prague, the enchanting City of a Hundred Spires. ‘Wasteland’, a gritty new mystery from the Walter Presents team, is set in Czechia – the area known as Northern Bohemia, to be precise. But Prague this ain’t. There are no spires here – just mud, pig farms and a hotch-potch of characters most of whom you’d cross any number of roads to avoid.

If you want to avoid all spoilers, then stop reading this article now.

The show starts with a boy running through the woods, as a woman is being interviewed by a police officer. Someone’s gone missing. He’s never gone missing before. He’s friendly and will go to anyone. You, the viewer, assume the worse for this young lad. But it’s a clever misdirect as the missing person is later revealed to be not a person at all. It’s a doubly-clever twist as we later realise that there really is a missing person – a girl. And she’s the Mayor’s daughter.

The title of the show comes from the literal translation of the village where it’s set – known as Pustina in Czech. It’s a village that has fallen on hard times, but the promise of rich coal deposits means a foreign mining firm are keen to buy the villagers’ properties. The Mayor – Hana Sikorová, played in a beautifully under-stated way by Zuzana Stivínová – is very much against the idea of her village being desecrated by this firm sweeping away their homes. But she’s fighting a losing battle, as the company increases its offer to the homeowners. And Hana – who also runs the local nursery school – is accused of having her own interests at heart, rather than the good of the villagers.

It’s during a meeting at the Town Hall to vote on the future of the village -a vote she loses – that she realises her daughter is missing.

That’s the main element of the mystery, but there are numerous threads to this opening episode. We see an elderly man in a battered old Volvo pick up a prostitute in a lorry park. He drives her to his cottage in the woods where he assaults her repeatedly. He ends up getting a beating from her pimp.

Then there is the local juvenile detention centre where teenage boys seem to be able to abscond with remarkable ease and regularity. One such absconder appears to have a connection with the missing girl.

The bleak landscape, the gloomy weather, the poverty, the bizarre forms of entertainment (one of which seems to involve a race between one man drinking a bowl of beer with a soup spoon against an opponent eating a dry bread roll) – it’s a fascinating mix. But the whole thing is wonderfully evocative and engaging. The villagers – virtually all of whom voted against the Mayor earlier in the evening – now all rally around her when they learn of her daughter’s disappearance. It’s really quite heart-warming and highly watchable.

I think this is the first Czech show from WP, and on the strength of this opening episode, I hope it’s not the last.

‘Walter Presents: Wasteland’ will be available on All 4 from Friday 6th November 2020.

Advertisement. Scroll to continue reading.
In this article:Walter Presents, Wasteland