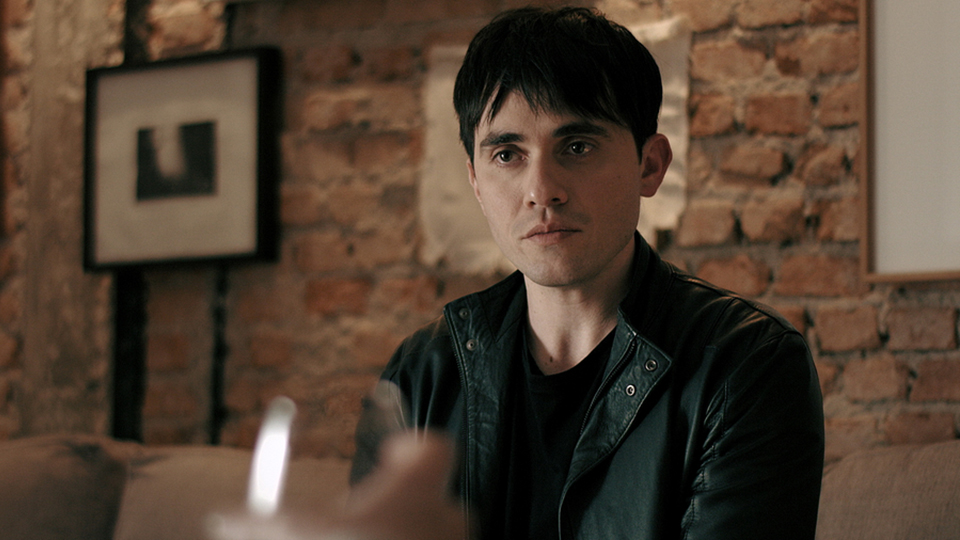 In October TLA Releasing launched short-film collection Testosterone: Volume One and just three months later, Volume Two has arrived. This release features five shorts from around the world, this time exploring much darker themes and material. The shorts featured are Beyond Plain Sight by Joseph A. Adesunloye, Like Father by Jason Stuart, Lost Years by Alejandro Beltrán, Salt by Diego Freitas, and Turn It Around by Niels Bourgonje.

Testosterone: Volume Two gets off to a very dark start with Joseph A. Adesunloye’s Beyond Plain Sight. The short tells the story of seemingly affable young man Ryan (Denver Isaac) who goes about his day as any normal person would. What no one knows is that behind his nice guy façade, Ryan is actually a psychopath who is holding a young man prisoner in his apartment so he can torture and rape him. It’s a very unsettling start to the collection and the scenes shown are definitely not for the faint-hearted. Beyond Plain Sight will likely stay with you once the credits roll and it’s very, very unnerving.

It’s one of three disturbing shorts contained here. The other two are Alejandro Beltrán’s Lost Years, which tells the story of two college room-mates, Felix (Samuel Garcia) and Leo (Jack O’Neill), who are ripped apart by a traumatic experience that one of them encounters, and Diego Freitas’ Salt where an Internet hook-up turns sinister quickly and ends with a pretty shocking incident. Lost Years is an exploration of how male rape often goes unreported and the impact it has on the life of the victim, while Salt is a warning about how Internet meet-ups are not always the best idea. The latter claims to be inspired by a true story, making it all the more chilling.

The other two shorts – Jason Stuart’s Like Father and Niels Bourgonje’s Turn It Around – are much less traumatic to watch. Like Father is an honest exchange between a dying father and his gay son where the two realise they may not be all the dissimilar after all while Turn It Around is a coming-of-age short about a blossoming romance between two teenage boys during the course of a party. They certainly help to lighten the tone of this collection but they contrast pretty sharply to the other three shorts here.

Testosterone: Volume Two isn’t the most cohesive shorts collection I’ve ever seen. The three darker shorts fit perfectly together but the two lighter ones feel like they belong to another collection. The material here is so dark that it doesn’t make for very easy viewing and that 18 certificate is well-deserved. All 5 films are worthy of your time and the collection is comparable in quality to Volume One.