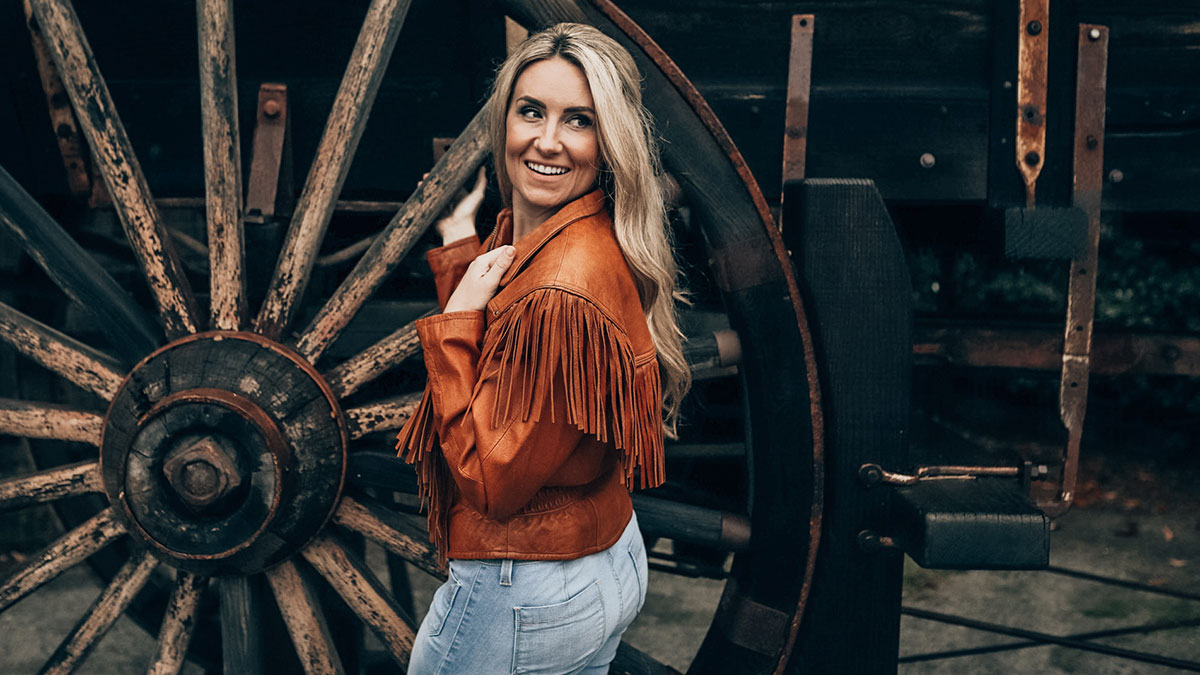 She recently released her new single ‘Buzzin’, her first new material since ‘Time’ and she’s picking up plenty of attention. A prolific artist on the live scene, Amanda has had to adapt this year due to the restrictions of the pandemic.

I caught up with Amanda to talk about the single, discuss her debut album, and find out how she’s been coping during the pandemic…

Hi Amanda. How are you today and how have you been surviving the pandemic?

Doing pretty well! It’s been really hard not being able to play shows and struggling with not seeing the friends and family I miss so much, but we’re all healthy and happy, so I can’t complain.

You recently released your single ‘Buzzin’. What’s the song all about and where did the inspiration for it come from?

I wrote this song in a really silly funny mood. I’m an avid coffee drinker and I always tell people I love a good coffee “buzz;” it keeps me so productive and in a great mood. I was telling my mom about the unfortunate comments I get sometimes about creating traditional country music, how it’s not “hip” enough and my mom said “honey keep on writing music, do what you love and just buzz to the top!” and there I had it lol. My silly very COUNTRY song.

Is ‘Buzzin’ leading up to an EP or album, or are you concentrating on singles at the moment?

As of now we’re going to focus on singles. I have several new songs recorded for a new EP but were still working out a few things before releasing it. It’s a tough time to navigate releasing music without being able to play live. I LOVE to be on stage, I love getting to share my music and then talking to the fans after. I’m on track as of now to release a new song every 6 weeks. 🙂

Your last album ‘Time’ was a deeply personal one. Tell us a little bit of the story behind it…

Yes, I wrote most of that album with my mom and we did it as a way to put all the songs we had written together over the years on one album. It was a time capsule for me and for my family to always have her with us through her music. I never imagined it getting the attention that it did but it’s been such a blessing to share my story and help encourage others through the music.

Has making that album informed the music you’re making now and plan to release in the future?

I think the last album had so many ballads and really deep cuts that I wanted the next one to be fun. It was tough playing a lot of the songs off ‘Time’ live because they are so personal, and it requires a certain venue to be able to play those. The next album is gonna be sassy, upbeat and really fun!

You had a very busy 2019, playing over 150 shows. What preparation do you have to do to make sure you get through such a gruelling schedule and protect your voice?

So I’m pretty hyper-aware of my voice and how to help keep it healthy. I warm up before every show, I try to get in to see my vocal coach regularly, drink lots of water, Throat Coat tea and sometimes I eat Twizzlers before shows haha. I’m not sure why but sometimes it coats my throat and I swear it helps, or maybe I just love Twizzlers!

2020 has been a difficult year for us all. What’s it been like for you not being able to get out and perform live? How else have you kept yourself creative?

To be honest, I haven’t been nearly as creative as I have been in the past due to this. I am very much inspired and motivated by the human interaction around me. Instead of being focused on being creative (writing songs) I’ve had to channel that energy into my family, my horses and staying positive thinking about the future. I came up with the idea to create a youtube reality show called ‘Cowgirl Nights Under The Lights’ which will be premiering in January sometime. It’s a show dedicated to country music and the western lifestyle. I have some really awesome guests lined up and I cant wait to share the show with everyone!

Might we get a Christmas song from you this year?

In this article:Amanda Kate, Featured