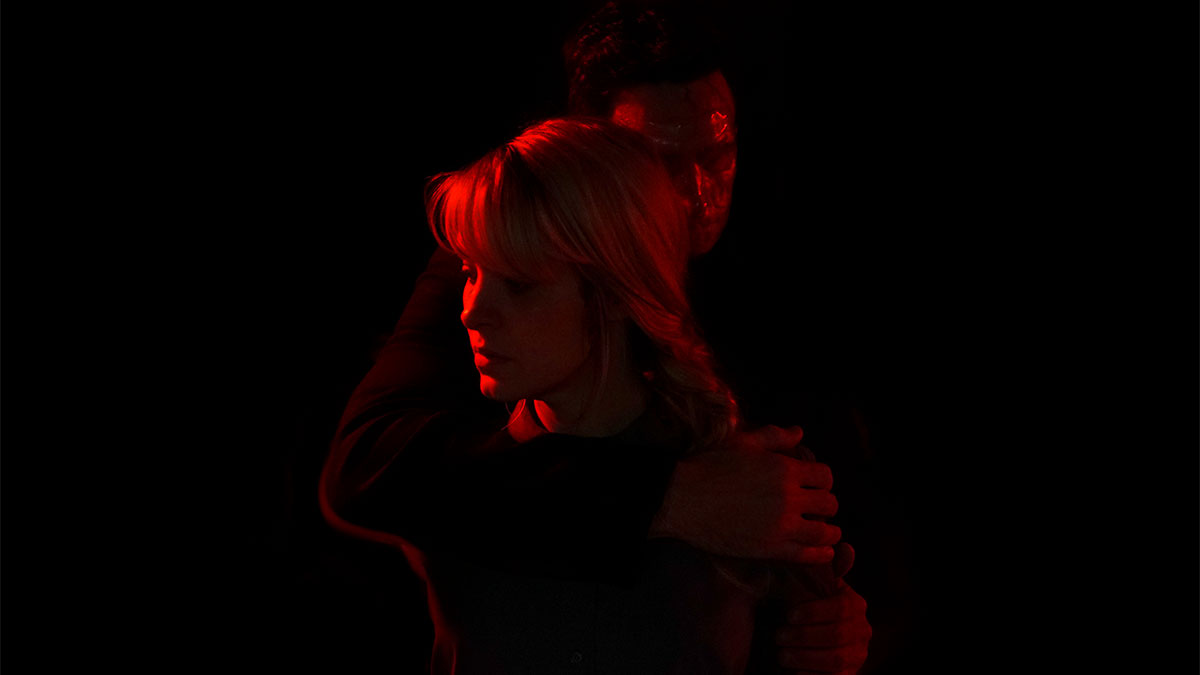 Self-help author May (Brea Grant) hits a rough patch with her book sales and she finds herself the target of a man (Hunter C. Smith) who turns up at her house daily to try and kill her. Following the first incident, May has an argument with her husband Ted (Dhruv Uday Singh) who is incredibly blasé about the fact someone is trying to kill his wife. After the argument, Ted leaves May on her own in the house and she gets stuck in a vicious cycle with her antagonist.

‘Lucky’ is written by Brea Grant, who stars as the lead character May, and it’s directed by Natasha Kermani. At the start of the film you’ll find yourself baffled by what’s going on. May is quite rightly traumatised by the first encounter she has with her would-be killer and she can’t understand why her husband isn’t all that bothered. In fact, when she hears the man breaking into their home, Ted replies casually pointing out that the man comes to try and kill her every night.

Things get stranger as May reports the incidents to the police, who just don’t seem to care. She finds that they don’t actually listen to the words she’s saying, instead trying to frame the occurrences as domestic violence that May won’t admit to. Even more frustrating, every time May fights back, the man disappears before she has any chance to find out who he is and why he’s tormenting her.

Grant’s screenplay is a comment on the way that women are treated in society and how unwilling people are to do anything about the cycle of violence so many women are victims of. At first it’s quite funny as you see May reaching the point of sarcasm in her responses to authority figures but eventually you become as frustrated as she is. Not a single person she speaks to cares to hear what she has to say.

The film is anchored by a strong performance from Grant. She’s brilliant as May, equal parts tough and vulnerable. Her transformation over the course of the film mirrors the experience many women have, moving from upset and terrified through to resigned and indifferent. Grant also has a knack for delivering sharp lines, and her screenplay is full of them.

‘Lucky’ is a strong film and while it’s been compared to ‘Groundhog Day’, it’s much smarter and has a lot more to say. The climax is satisfying and really brings home Grant’s point, and the film is very thought-provoking. Add to that Kermani’s direction and ‘Lucky’ is an absolute winner that you should definitely seek out.