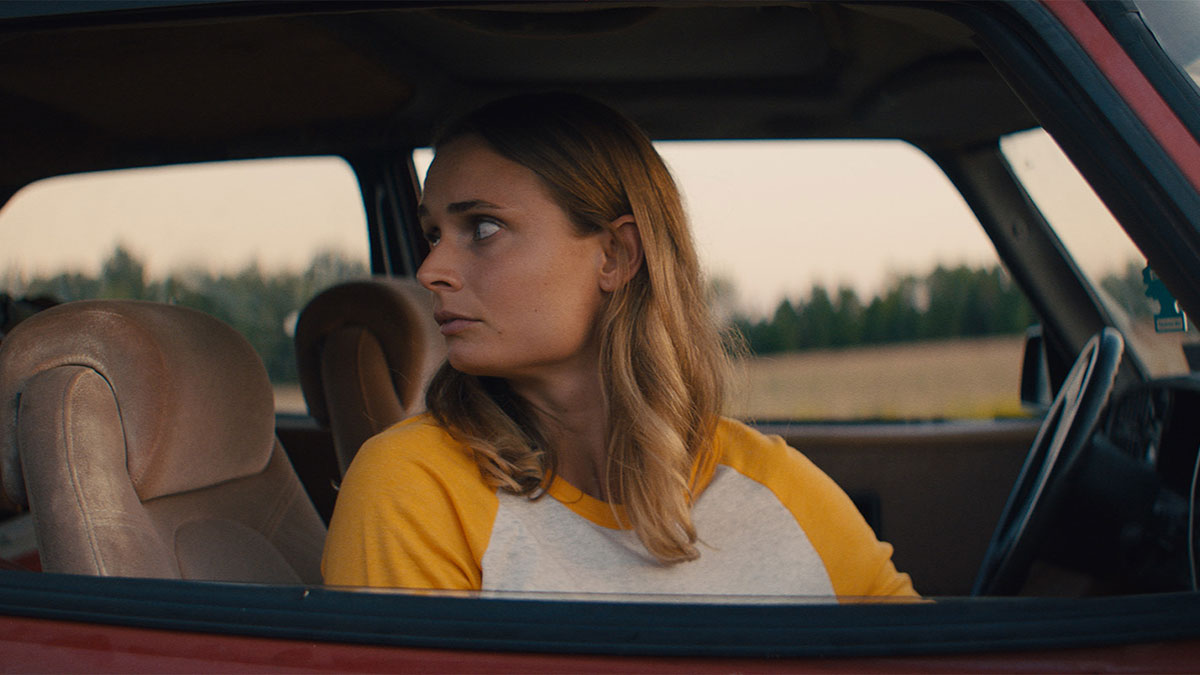 Sam (Sawyer Spielberg) and his girlfriend Rylie (Malin Barr) go camping but before they settle down for the night, they’re ushered away by a farmer who claims they’re illegally on his land. When their car breaks down, the couple stumbles across an old house occupied by Karen (Barbara Kingsley) and her son Gunni (Jamie Bradley). Karen offers to take them in for the night but Sam and Rylie have no idea what they’re walking into and how much of a nightmare their evening is going to turn into.

‘Honeydew’ is from film-maker Devereux Milburn and it’s definitely one of the oddest films showing at FrightFest this week. After a pretty straightforward opening, the film steps into a bizarre world once Sam and Rylie arrive at Karen’s house. The woman is clearly not right in the head but that doesn’t stop the couple from taking up her offer to stay in the house. An uncomfortable dinner with Karen and her son Gunni also doesn’t ward them off, and it was at that point I started thinking that the couple has whatever is coming to them.

For me, ‘Honeydew’ relies too much on being wacky and doesn’t have a strong enough story. There are dream-like moments that add a touch of David Lynch to the film but they don’t seem to serve any purpose. Anyone that’s watched a horror film where young people take shelter with a dodgy older family will know exactly where ‘Honeydew’ is going. Even with that foresight though, the film is still a slog to get through with too many repetitive scenes and nothing to propel the plot forward.

By the time the film plays its hand, you’ll have guessed what’s going on and even then, it takes an age to get to the credits. ‘Honeydew’ could easily have been told in less than 90 minutes but director Milburn decides to draw it out instead. Quite honestly, once the strangeness started to feel normal, all I felt for the remainder of the film was decidedly bored.

The two leads – Sawyer Spielberg (son of Stephen Spielberg) and Malin Barr – are decent enough but they have zero chemistry as a couple. The way their characters are written doesn’t help as they feel completely disconnected from one another. That makes it incredibly hard to care about what happens to them.

‘Honeydew’ may present itself as kooky and original but unfortunately it’s neither. The idea here is something we’ve seen before and while the narrative choices are different, they didn’t work for me. The threat that Sam and Rylie face is pretty obvious but when they do nothing about the odd situation they find themselves in, you’ll likely stop caring what happens next.

‘Honeydew’ will be released on Digital HD in 2021 by Signature Entertainment.