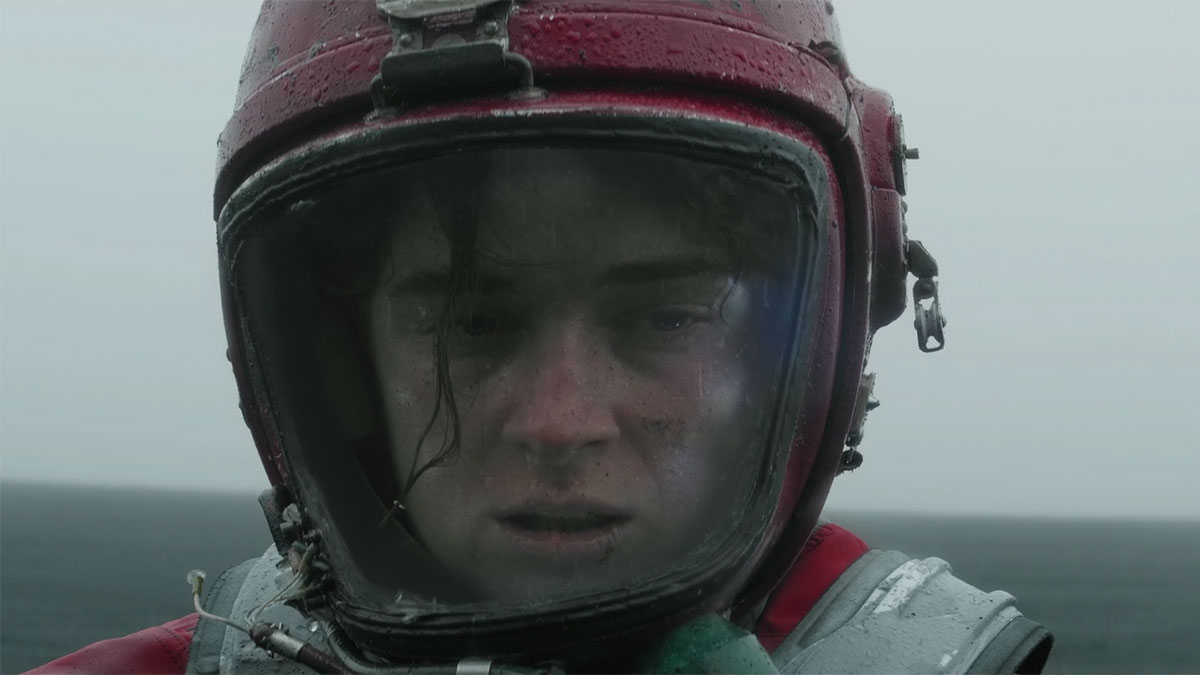 A group of rookie space fighter pilots are sent to partake in a space battle to protect humanity. The battle takes a turn and all of the rookies are taken out except for Adler (Phoebe Sparrow) and her gunner Yaren (Daisy Aitkens), who crash land on a nearby planet. With Yaren mortally wounded, it’s up to Adler to fix their ship so they can safely return home. As she hunts for parts, Adler discovers an enemy soldier on the planet who will stop at nothing to kill her.

‘Dune Drifter’ is the latest film from Marc Price and it’s an impressive achievement for an independent film. Price has previously shown he can work on a miniscule budget with his 2008 film ‘Colin’ and with ‘Dune Drifter’ he proves that not even a budget can stop him from bringing an ambitious idea to life. While ‘Dune Drifter’ has a more substantial budget than ‘Colin’, it’s still pretty small by today’s standards but that makes the film all the more impressive.

Opening with a ‘Star Wars’ like high-energy shoot-out, the film introduces the viewer to the different rookies, jumping from ship-to-ship. It perhaps lingers on this part of the story a little longer than necessary, especially as you don’t really need to know much about any of them apart from Adler and Yaren, but it’s a visually impressive start nonetheless. Once Adler and Yaren are stranded on a nearby planet, the high-energy of the opening is replaced by a tense race against time as Adler is wearing a suit with a finite amount of oxygen supply.

This aspect of the story is one of the strongest parts and the second half of the film brings to mind ‘Star Trek: Beyond’ and to a lesser extent ‘Alien’. The viewer is as in the dark as Adler is as to what’s going on, and who the enemy soldier is that’s trying to kill her, which makes the film very gripping. It’s up to Phoebe Sparrow as Adler to shoulder the majority of the film and she’s brilliant. At times she plays the character calm and controlled, as you would expect from a rookie in her position, but you can see the pressure building as time starts to run out and she suspects she may not make it out alive.

Perhaps where the film could have been a little stronger is enabling the viewer to better understand who the antagonist is. There are hints and clues but there’s nothing particularly concrete other than the two are from different sides. That may be enough for some viewers but I would have liked to dig into that a little bit more.

‘Dune Drifter’ is an ambitious and strong film from Marc Price. It may not be perfect but when you look at the ideas he brings to the table and the way they’re executed, it’s very, very impressive. ‘Dune Drifter’ also highlights the beauty of independent film, where film-makers such as Price have to be creative to achieve their vision. When the end product is as good as this, you can’t help but think there are bigger things to come for Price in the future.