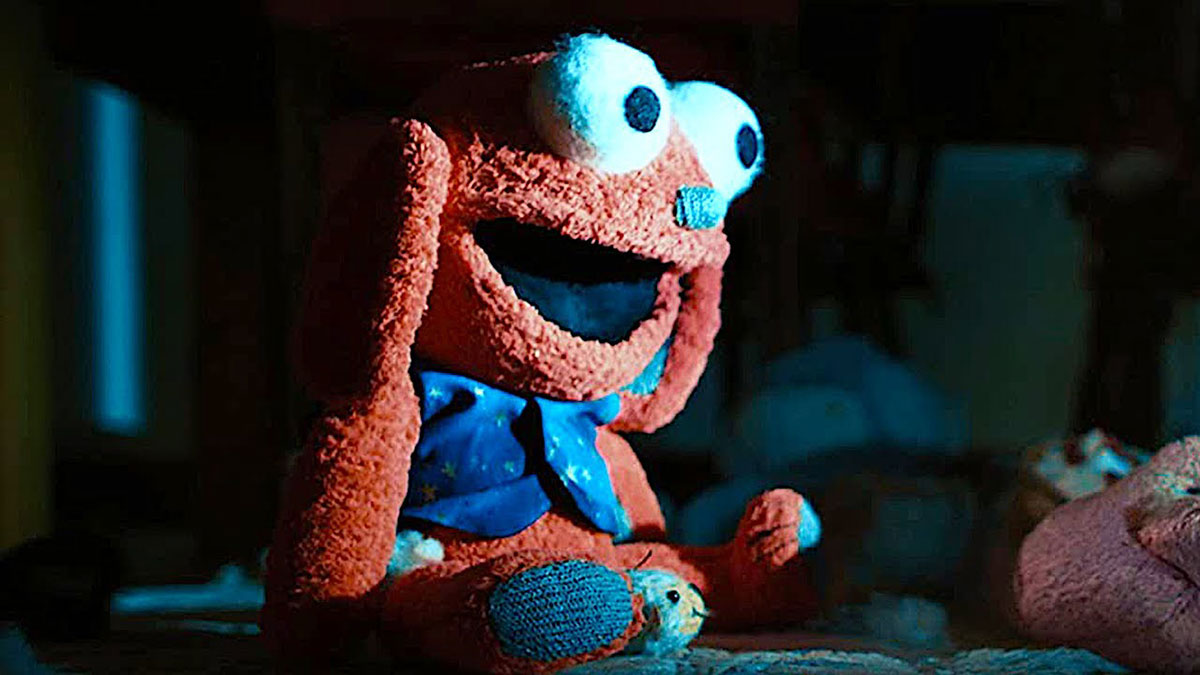 Toy designer Jack (Karl Holt) has his eye on a promotion at work but the accidental death of both his parents throws him off course. In his thirties and still living in the family home, Karl decides to declutter, sell up and get his life back on track. As he’s clearing out the house, Jack comes across his childhood teddy Benny and he throws him away. What Jack doesn’t realise is that Benny isn’t going anywhere without a fight, and his childhood best pal is taking his anger out on the people in Jack’s life.

Starting life as a short, ‘Benny Loves You’ has been turned into a feature film by writer, director and star Karl Holt. With nods to genre favourites such as ‘Child’s Play’, ‘Benny Loves You’ tells the story of a man who has refused to grow up and the pain of letting go of his youth is embodied in the battle he unexpectedly gets locked into with Benny. The loveable and seemingly harmless toy, who chatters away unnervingly, doesn’t take kindly to being discarded by his owner and his solution is to kill everyone he comes across.

‘Benny Loves You’ has a tongue planted firmly in its cheek and it there are some really fantastic laugh-out-loud moment. The first half hour is very strong as the premise is established and viewers acquaint themselves with Jack. The pacing falters a little in the middle but the third act is very strong, featuring some very well-shot fight scenes that are seriously impressive. The film packs in plenty of gore and shock deaths as well so horror hounds will find lots to keep them entertained.

Karl Holt is brilliant as the hapless Jack. He makes sure you’re always on Jack’s side and his script is razor sharp. ‘Benny Loves You’ establishes him as a real talent with his direction really making an impact too. It’s credit to him that he’s taken a somewhat familiar idea and done something fresh and compelling with it. The humour works well and it’s balanced with the horror elements expertly.

‘Benny Loves You’ is a superb film. It may not be perfect from start to finish but there’s enough here to sink your teeth into and leave satisfied. It’s very, very funny and if you don’t crack a few laughs then there’s something wrong with your funny bone. Add to that Holt’s performance and strong script, and seeing a loveable teddy in some epic fight scenes, and ‘Benny Loves You’ is a real treat.

In this article:Arrow Video FrightFest, Benny Loves You, Featured, Frightfest