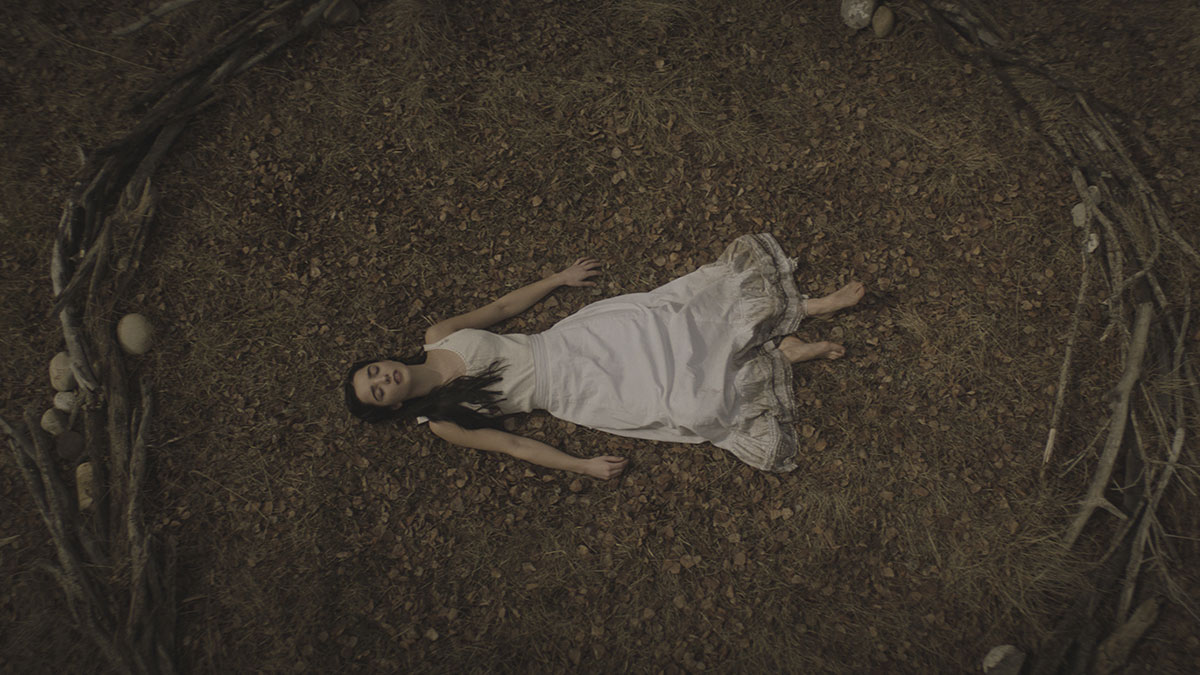 Audrey Earnshaw (Jessica Reynolds) has spent her whole life living in secret with her mother Agatha (Catherine Walker). Growing weary of not being able to live her life and angry at the way her mother is treated by the devout community around them, Audrey decides to embrace the witch community she has been brought up in and sets her sights on causing havoc.

‘Blood Harvest’, known as ‘The Curse of Audrey Earnshaw’ in the US, is a period folk tale that mixes in social commentary and witchcraft. An interesting premise, the film unravels slowly as the world writer/director Thomas Robert Lee establishes itself. Audrey’s mother Agatha is feared as the religious community believe she’s a witch and she lives in fear that someone is going to find out about her daughter. That someone finds out fairly early on and that’s the start of a chain of events that Audrey sets in motion.

Audrey lies and manipulates her way into the lives of people in the community that she believes have treated her mother badly. Her frustration causes friction with Agatha who just wants to live a quiet life but Audrey fights back, believing her mother to be too weak. Her first target is Colm Dwyer (Jared Abrhamson) and his wife Bridget (Hannah Emily Anderson), who have just lost their child and Audrey doesn’t take kindly to Colm’s run-in with Agatha at the funeral.

One of the issues with ‘Blood Harvest’ is that there isn’t a whole lot of story fleshed out. The through-line is a bit weak and you spend most of the film waiting for Audrey to really harness her powers, and that moment never arrives. Instead the pace becomes quite slow and we spend more time with the people she affects than Audrey herself. That’s a real shame as Jessica Reynolds is excellent in the lead role but oddly she’s under-utilised.

‘Blood Harvest’ is a solid enough witch tale but it’s nothing ground-breaking or new. A stronger story would definitely have benefited the film and I really wish it had fully embraced the darkness it promises at the beginning. Despite good performances, ‘Blood Harvest’ never rises above average and there are better films that have done similar in the genre.

‘Blood Harvest’ will be released on Digital HD on 16th November by Signature Entertainment.