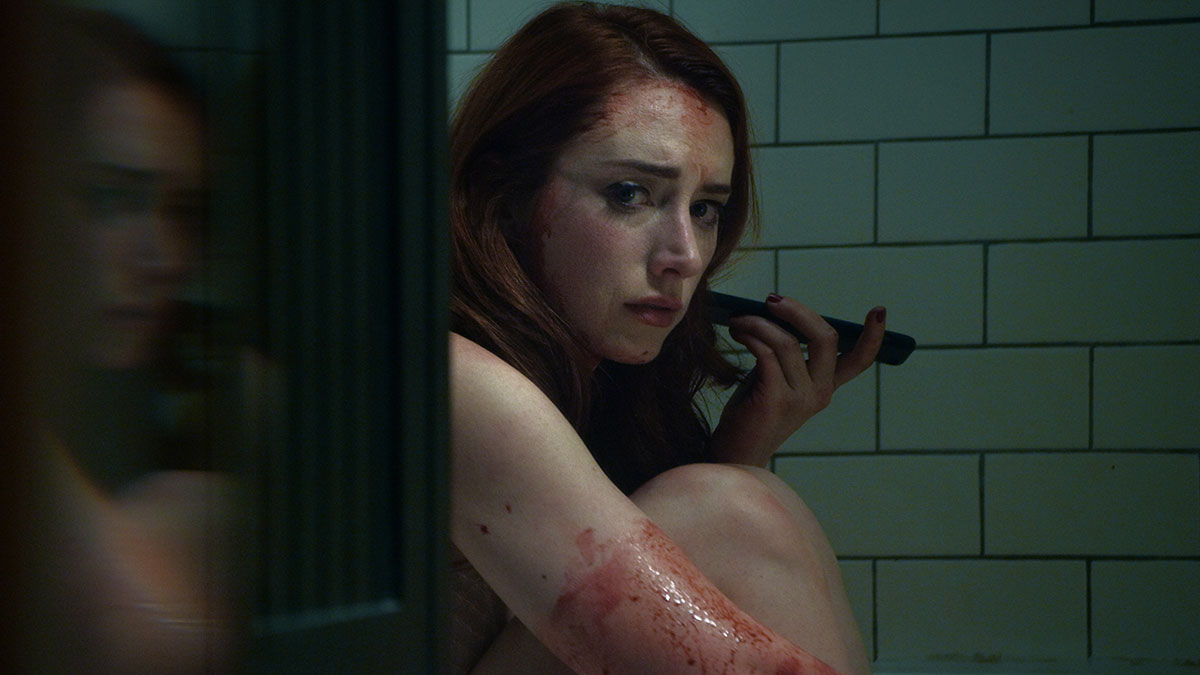 One highlight is ‘The Stylist’, a big screen expansion on the original short from writer/director Jill Gervargizian. The unsettling horror drama features a breakout performance from Najarra Townsend, who reprises the role of Claire from the short.

Following our interview with Jill, I caught up with lead actress Najarra to talk about her star-making turn, discuss balancing her character’s traits, and to find out what the most challenging aspect of the role was…

Hello Najarra. How are you today and how have you been keeping sane during 2020?

I’ve actually had a very enjoyable 2020! Started the year filming ‘The Stylist’ which was one of my favorite film experiences ever! Got to do a light bit of travelling to Spain and France in February before everything shut down and spent most of the year working on projects at home, including my music. I’ve been really lucky to have such a lovely year in the midst of all the craziness that’s happened.

You play the lead role of Claire in ‘The Stylist’, which is having its UK premiere at Arrow Video FrightFest. What attracted you to the character?

I first read the script for the short version of the film back in 2015. When I got to the end of it I was instantly taken with the character Claire. You don’t find serial killers very often who have such remorse, and I found Claire to be a heartbreaking character. There was always talk of making it into a feature film and I hoped for many years that would happen so I could re-visit the character and delve deeper into her. When I finally got the opportunity it was a dream come true.

You played Claire in the original short. Why did you want to reprise the role for the film?

After playing Claire in the short I wished I could have had more time with her. You get such a small glimpse into her world in the short whereas in the feature there’s so much more time to play with. Being able to take a character I found so fascinating and make a whole film about her is an actors dream. Plus it was an extra special experience because I was able to be a part of the journey from short to feature. I read many versions of the script along the way, was able to give my feedback and talk to Jill about the character on and off for a couple years. I was much more involved than an actor would normally be and I’m so thankful for that.

Claire grapples with social anxiety throughout the film and your portrayal always keeps the audience on side. How did you strike that balance?

I think Claire’s anxiety is extremely relatable. I’ve definitely felt anxious and self conscious in social situations before and have had the desire to be liked by new people. Claire just wants to do the right thing, say the right thing and fit in. I wasn’t necessarily trying to make the audience like her, I just hoped the audience could relate to some of what she puts herself through. It was really important to me to show people that Claire isn’t all bad. I hoped people wouldn’t see her simply as a killer, but instead be torn by feeling sympathetic towards her. Her story is really a tragic one.

The film’s opening scene, without giving too much away, is a bit of a jaw-dropper. What was that like to film?

The opening scene to me felt like a reimagining of the original short film. A little more in depth, a little darker and more stylish. It was so much fun to do that scene. I was actually a bit nervous to do the special effects because I knew we had to get it in one take and I didn’t want to mess it up. It had gone so smoothly when we shot the short that I felt added pressure to do it well again. It was a long and bloody night of shooting but I’m really proud of the final product. Shout out to our special effects team Colleen and Phillip!

’The Stylist’ is directed by Jill Gevargizian. What was she like to work with?

I’ve adored Jill since we first worked together on the short in 2015. She really loves movies and always has a very strong sense of what she wants. Seeing her grow from short films to The Stylist feature has been a real pleasure to witness. I would work with her on anything. I always know her projects are going to be extremely well researched and planned out and will be something she is truly passionate about. Her love for the horror genre and film in general is contagious. Plus she’s just simply a good human and a lot of fun! I love Jill.

What would you say was the most challenging part of playing Claire?

Being outside, at night, in a nightgown in Kansas City in February hah! But joking aside, there were a lot of challenges with playing Claire. Her mind set isn’t the nicest place in which to live, and when you put yourself through intense emotions and feelings like that, your own body doesn’t know you’re acting. So I would say the biggest challenge, with more intense roles such as Claire, is the stress and fatigue it brings to the body.

Plus with this film you have the added pressure of practical effects. You need to be in the right mind set for the character all the while trying to pull off these special effects that you only have one or two chances at doing. It’s definitely a high intensity environment but worth every minute of it.

This year has put a lot of plans on hold! But luckily I do have 3 more features in post production, all of which should be coming out next year. I also have a few projects on the table that are temporarily on hold but should be back up and running In the near future. Aside from acting I also am in the process of developing a few projects to produce, as well as spending more time focusing on my music.

‘The Stylist’ has its UK Premiere at Arrow Video FrightFest at 11.45am on Sunday 25th October 2020. For more information and tickets, please visit www.frightfest.co.uk. Watch a clip from ‘The Stylist’ below: