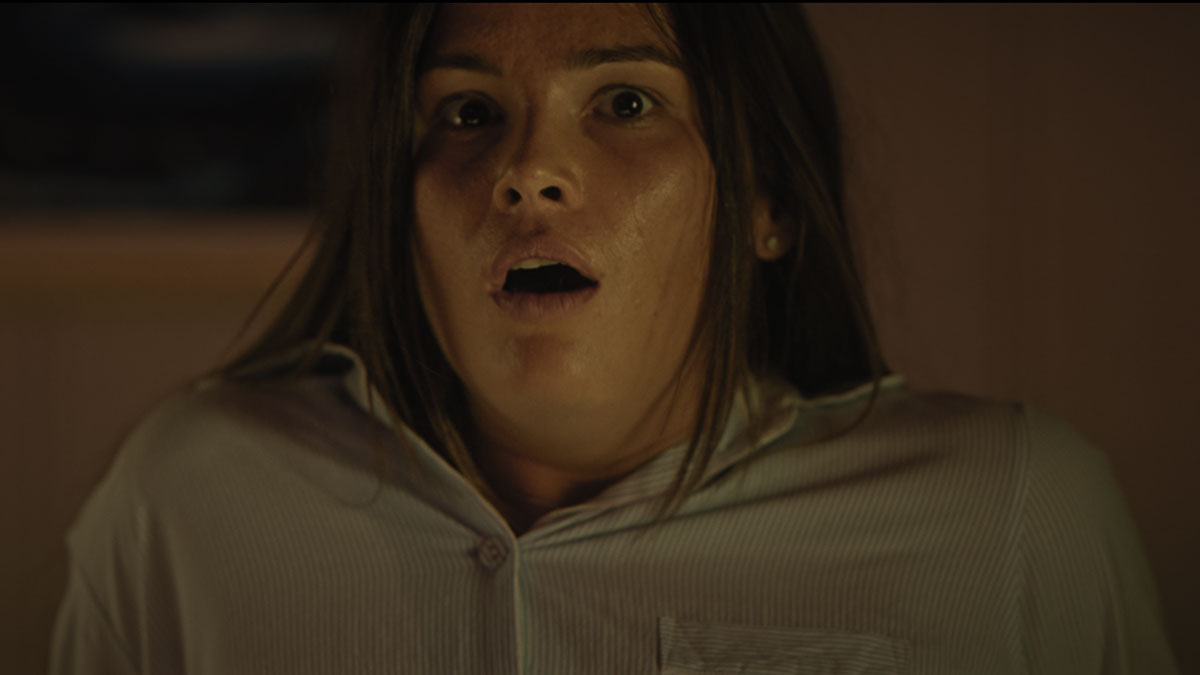 As a child Isaac (Ludovic Hughes) left Norway with his mother to start a new life in America. Following the death of his mother, he returns to his childhood home with his pregnant wife Emma (Sophie Stevens) with the intention of selling it before returning to America. Initially Isaac and Emma receive a hostile reception from the locals but once they realise who Isaac is, they slowly draw him into the community and help him reconnect with his roots. As Isaac immerses himself in his past, Emma begins to suspect that all is not what it seems.

‘Sacrifice’ is based on Paul Kane’s short story ‘Men of Cloth’ and it has been turned into a film by film-makers Andy Collier and Toor Mian. After an effective opening, where we see a woman fleeing from her home in the middle of the night with a young child, the action jumps a few decades forward to the present where we meet the adult Isaac and his wife Emma. There are a few jarring scenes as the couple acquaint themselves with the town including one in a bar where there’s a tense argument about fish, which is unintentionally hilarious.

Fairly soon into the film, Isaac learns why his mother left Norway with him (which I won’t detail here so as not to spoil the revelation) and from that point onwards his marriage to Emma starts to fall apart. As Isaac keeps himself busy with the locals and joins their seemingly harmless rituals, Emma is plagued by nightmares about her unborn child and her husband’s increasingly erratic behaviour.

As ‘Sacrifice’ builds to its climax, it ticks off most of the clichés you’d expect to see in a film like this about a mysterious cult. You know very quickly that things aren’t what they seem to be and you can pretty much predict where the plot is going to end up. There are some effective moments along the way but there are also echoes of much better films, which highlights ‘Sacrifices’ short-comings.

Sophie Stevens and Ludovic Hughes are very good as the leads. Stevens manages to portray the helpless Emma in a way that doesn’t rely on hysteria. Her unravelling is gradual and her confidence to tackle Isaac grows as the film progresses. Hughes is a solid leading man, bringing charisma to the screen and relishing the darker moments his character gets to experience. Genre legend Barbara Crampton is entertaining as the town police woman, despite her very dodgy Norwegian accent, and her fans will love her performance I’m sure.

‘Sacrifice’ has potential but ultimately it ends up being distinctly average. It’s a shame because the leads are really good but the story is one that we horror fans have seen before, too many times. There’s no real attempt to fully explain what’s going on and the abrupt ending doesn’t pack the impact it thinks it does. I’d say ‘Sacrifice’ was fine to pass 87 minutes of your time but it won’t stick in your memory long after the credits finish.