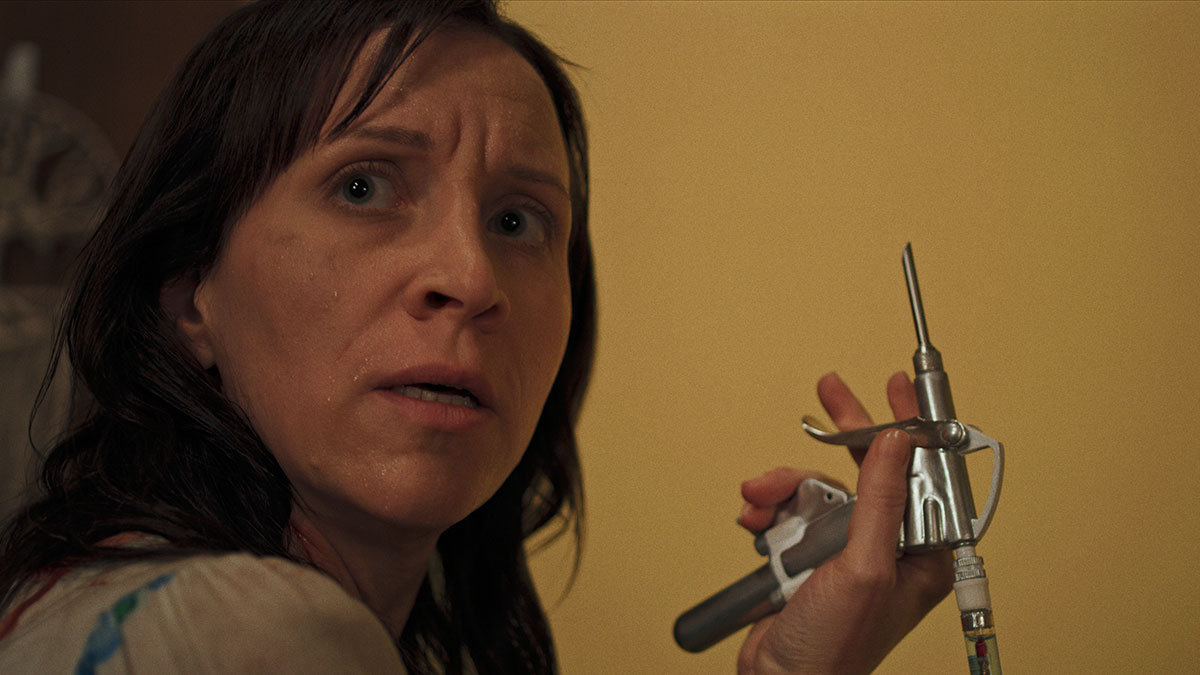 Emma (Jill Awbrey) and her husband Henry (Bart Johnson) go away for a weekend vacation to try and repair their ailing marriage. The isolated high-tech house provides the perfect opportunity for the couple to work through their differences and reconnect. After their first night, the couple wakes up and realises that someone is watching them. As they try to leave, an unseen voice explains that they have to follow his rules otherwise they both will die. Trapped inside, Emma and Henry have to work together to survive.

‘Held’ is written by its star Jill Awbrey and directed by Travis Cluff and Chris Lofing. What starts as an emotive drama about a couple trying to save their marriage soon turns into a dark story of survival. Emma and Henry are instructed to behave as a very much in love married couple, despite a revelation early on pulling their marriage apart. Both characters are upset with one another, and that makes watching what they have to go through altogether more difficult.

The person holding them hostage forces ideals of a traditional marriage on them where the man is the boss and the woman should be submissive. This theme is explored in-depth throughout the film as Emma is continuously put into situations where her voice is stifled and her needs are ignored. A past trauma informs much of how she behaves inside the house and one very uncomfortable scene shows just how manipulative the captor is, using what he knows about the couple to his advantage.

There are twists and turns along the way, but ‘Held’ always keeps your attention. The strong central performances from Awbrey and Bart Johnson are magnificent. You really believe that these are two people that have been married for a while and you can see the love between them. When things rapidly start to fall apart, it does pull on your heartstrings and you feel really invested in the outcome. For much of the film they are the only people you see on screen and they carry the weight impressively.

‘Held’ is an interesting and gripping film. I’ve seen other films tackle a similar concept but none of them have been as successful as this one. Emma and Henry are characters you root for, and they’re exceptionally well written. You may predict the outcome of the film but even if you do, it won’t ruin your enjoyment. In a post #MeToo time, ‘Held’ has a lot to say and it does so brilliantly.