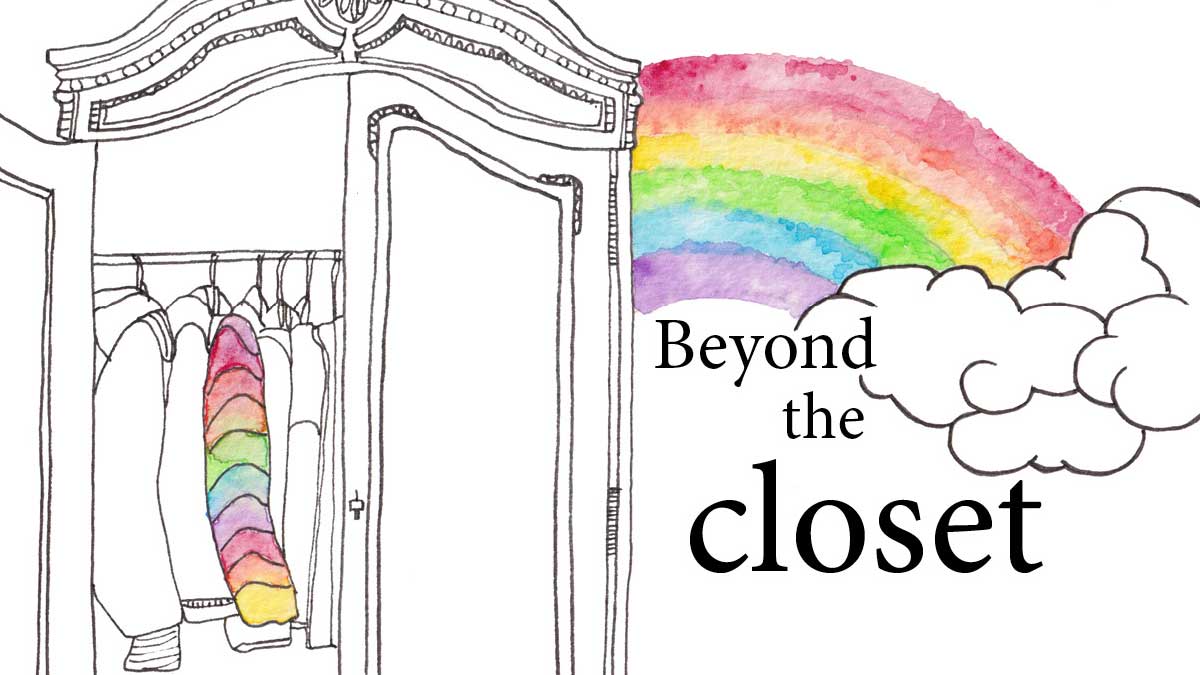 If there isn’t a novel in everyone, there is certainly a book. It’s well-documented that there’s a way in which all writing is autobiographical. One thing every gay person shares in common is a ‘coming out’ story. How we realise that we are homosexual, whom we tell, when and why, becomes the stuff of our own mythology. For some, it is also an integral part of their sense of identity. Funny, sad, embarrassing, traumatic – these coming out stories evoke different feelings in every homosexual. In his book Beyond the Closet, author Gary James captures the gamut of emotions, and aptly demonstrates that, although often a tried and tested conversational winner, coming out is a process and not an event.

As James details in the introduction, Beyond the Closet has been some years in the making. That may be attributed to the self-realisation the passage of time inevitably endows before one can truly articulate our inner lives. As well as being a witty and well-told personal narrative, Beyond the Closet has a welcome maturity that tends to be lacking in gay literature.

Beyond the Closet is a mostly chronological account of James’ history, with a focus on sexuality. There is a dalliance with the female of the species in the character of Ruth, and a dawning realisation that the relationship isn’t quite working. But things come to a head when Gary meets Will – the new boy at work.

What is touching about the narrative is that it is far from plain-sailing, but it never loses its good-naturedness or decency. What shines through the prose is the ordinariness of the burgeoning love between the two, which frames everything else. There are weddings to attend, and parental illness to contend with, and between life events, the central relationship strengthens and deepens.

This is a great book for showcasing that devoted gay relationships are just the same in their essence as any other. There are temptations for Gary along the way, characterised as Carl, a gay friend who, like a demon on Gary’s shoulder, tries to tempt him into a more sordid, hedonistic and promiscuous life. But you can tell from the celebration of relationships that Beyond the Closet essentially is that he will eventually lose out to the search for happiness in the arms of ‘the one’. There is a crossroads reached, and the author makes his choice.

The path that the author treads in the book may well be a niche within a niche, in that he isn’t your stereotypical homosexual man. As the author says, “Despite being gay, we are actually surprisingly light on gay friends. I think this is partly due to living in suburbia and not being very scene-focused.” Nevertheless, there’s no doubting the validity of his story. Most gay people will relate to the difficulty of coming out to the relatives you think will be the most reactionary, and the pain of not knowing if family relationships will survive the revelation. The catastrophe I have dealt with in my own life in that regard ensured that these passages were poignant, intense and captivating.

Beyond the Closet is in turns hilarious and moving. The acute observations on sexuality are revealing, nostalgic and funny. It’s hard not to get caught up in this very human story. In that sense it’s probably unhelpful to characterise it in the gay genre, but see it more as an exploration of human sexuality and love. Having said that, the book is likely to appeal to gay men who came out at around the turn of the millennium. James skilfully evokes the period of the late 90s/early 00s. There will be a strong pull of nostalgia for gay men of a certain age. As is always the way, conversations move on, and the stories grabbing attention now in the gay world now alas bear little resemblance to the era so precisely captured here.

But if you’re looking for a coming out story with great dialogue, Beyond the Closet has more than its share of laugh-out-loud moments and memorable anecdotes. For a young gay man, perhaps feeling lonely as he comes to terms with his sexuality, wondering if it’s possible to meet the right man and have a happy life – this book could well be a lifeline.

Published by: Kindle Publication date: October 2020 Buy Beyond the Closet