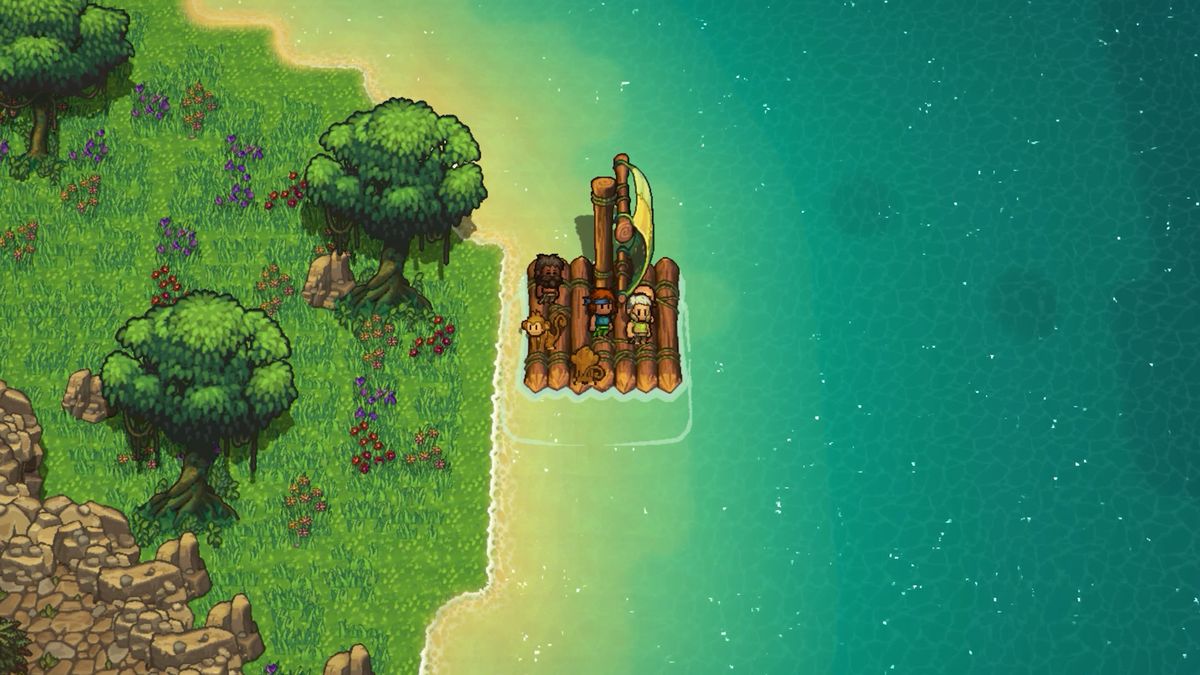 The Survivalists can be quite a challenging game to get to grips with. To help out I’ve pulled together some of the things I wish I’d know before starting out. If you’re yet to play the game check out our PC review to see what we thought.

You can’t have enough resources

So, you’ve gathered a few hundred of each of the basic resources and feeling pretty pleased with yourself. Let me be clear, this is not enough stuff, you can never have enough stuff. If you want a steady production line, regardless of what you’re building, you’ll need a continuous stream of resources. Get any monkeys who aren’t busy gathering resources.

You can’t have enough monkeys

The monkeys are the keys to success in The Survivalists, get enough of them and most tasks can be fully automated. Make sure you spend time exploring the islands and vaults in order to recruit as many as possible and always ensure you have bowls of monkey food with you.

There is more than one island

For a long time, I was getting frustrated, I couldn’t find all the resources I needed and was ready to give up. I then remembered that I’d built a raft I hadn’t bothered to use. After setting sail I soon discovered more islands which contained the resources I was in short supply of. In hindsight, this is a very obvious thing to have missed but I got so carried away with other aspects of the game it simply didn’t cross my mind to look for other islands.

There is no reliable source of metal on the first island

To make the higher-end items and weapons you’ll need lots of metal. Whilst you can get the odd metal ingot from completing vaults there is no reliable source on the starter island. In order to get a steady stream, you’ll need to explore the other islands.

It’s tempting to set up with one doing this, one doing that etc. I found it much more effective using them en masse. For example, when out resource gathering don’t just take one or two monkeys, take them all. The speed with which they can clear an area of resources is staggering if you use enough of them. The same principle applies to combat.

Discovering this was a game-changer for me. You can only carry a limited number of items on your character so inventory management is key. That is unless you get a monkey or two following you around with empty chests. No matter what you’re doing get at least one monkey to bring a chest along with you. If you’re out gathering, the chest can carry the tools the monkeys need and then be used to bring back your haul. Similarly in the vaults, the last thing you need is not to be able to carry back all of the hard-earned loot.

Your monkeys can do more than you think

Experiment with what your monkeys can do. I was continually finding out new ways to use these furry friends. Not only can they craft, gather and fight but they can also be used to help solve puzzles in the vaults. I won’t divulge all they can do here as these discoveries are part of the fun. In short, experiment with what they can do, you might be surprised.

You need to eat

Your character needs to eat regularly in order to survive. Always make sure you have a steady supply of food. I recommend making as many small animal traps as you can as soon as you can. These traps are automated and take the grind out of finding food, all you need to do is check them periodically in order to loot them. I found this the most efficient way of gathering food.

Resources respawn so be careful where you build your base

I found this out the hard way. I’d cleared a large swathe of land and started building my base quite happily only for the island to be replenished. When it replenishes all of the trees you’ve chopped down, stone gathered etc resets. This caused my nice clear base area to become a jungle once more obscuring everything. My tip would be to build your base on the grassland where nothing grows but try to find an area that has easy access to the resources you need.

Save your gold to buy the keys from the Mystery Shop

The mystery shop sells some cool items but don’t be tempted to spend your money on these. Save up for the labyrinth keys instead. There isn’t anything he sells that you can’t craft or gather yourself other than the keys.

In this article:Nintendo Switch, PC, PS4, Team 17, The Survivalists, Xbox One