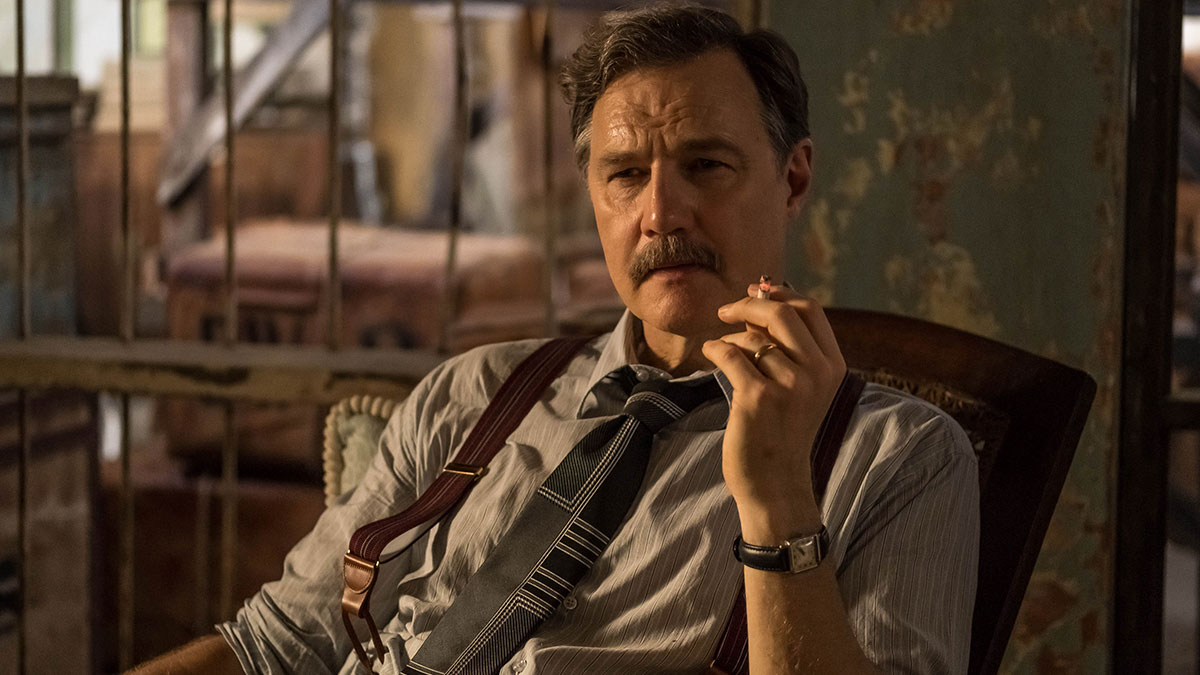 ‘The Singapore Grip‘ reaches its fourth episode tonight on ITV.

In episode 3 Singapore’s residents were given a stark awakening to the realities of war by the Japanese bombing the city, but Walter remained obstinate despite the growing danger.

After confiding in Joan (Georgia Blizzard) about the cruciality of a union with Matthew (Luke Treadaway), the Blacketts intensified their campaign to secure his share in the company. While Vera (Elizabeth Tan) nursed Matthew through his fevered delirium, the Major (Colm Meaney) was confronted by the Chinese Protectorate, who insisted that she is dangerous.

Following his controversial announcement, Matthew is given the cold shoulder by the Blacketts as they prepare for the company’s jubilee. While he and Vera get closer, Matthew promises to help her leave Singapore. Walter petitions the Governor in an attempt to solve his problems, and he and Joan conspire to remove the threat Matthew poses to their plans.

The Japanese tighten their grip on the continent and Sylvia’s brother, Charlie, and Ehrendorf are caught up in the fighting. After putting their past differences aside to evacuate their women, the Langfeld’s find themselves at the mercy of the Blackett household.

‘The Singapore Grip’ continues at 9pm tonight on ITV. Preview it with our gallery below:

Credit: Mammoth Screen for ITV
Advertisement. Scroll to continue reading.
In this article:ITV, The Singapore Grip