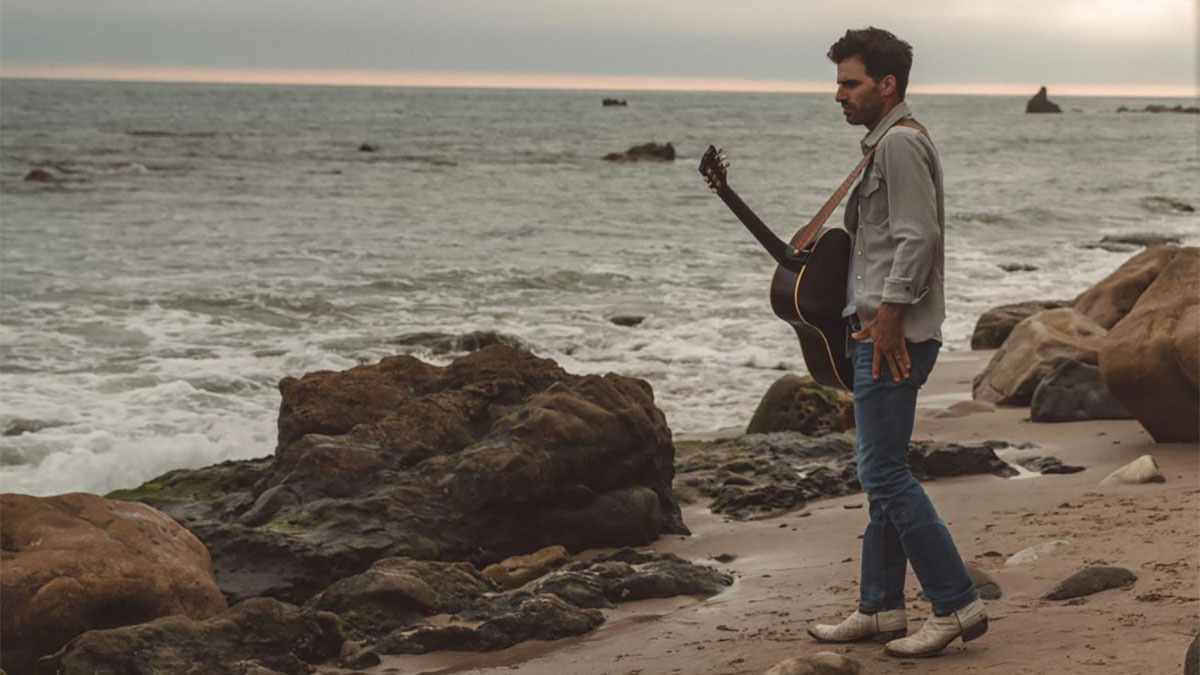 East Tennessee’s Mitch Rossell is without a doubt a talent to keep an eye on in the Country music genre.

Not only has he been writing and releasing his own music, including current single ‘Then Again’, he’s also written Garth Brooks’ last three singles. A pretty impressive achievement for an artist still in the early stages of his career.

I recently had a chat with Mitch to talk about his music, discuss his relationship with Garth Brooks and to find out what his plans are…

Hi Mitch. How are you today and how have you been coping over the past few months?

I’m good! I’m loving this fall weather. I’ve been coping alright, just enjoying the extra time with my family and getting a lot of content built up in the studio and shooting music videos.

Your current single is ‘Then Again’. What’s the story behind it?

‘Then Again’ was a Gary Burr idea and I immediately gravitated towards it because I love to twist a phrase and hook it. I could relate too, based on relationships I’ve been in and mainly the one with my wife. When we first started dating we actually broke up for a bit and then I realized just how great she really was, and so the song from my standpoint, was really inspired by that experience.

What are your plans for new music after this track? Is there an EP or an album in the works?

I had a plan at the start of the year, but COVID didn’t care about my plans! Now I’m just kinda trying to feel it out. We have cut so many new songs and they’re ready to go, just gotta figure out how I want to do it and when. I’ll keep ya posted!

Reading about your journey so far, you’ve already done some incredible things like supporting Garth Brooks on tour. How did that come about and what was that experience like for you?

That came about just through our relationship growing and his belief in me from what I can gather. My entire experience with Garth has been mind blowing. I tell people all the time, I had some big dreams when I came to town but what I’ve lived and am getting to live is more like a fantasy. I swear for the first few years, I wondered daily if I was gonna wake up from a dream.

You were involved in writing Garth’s last three singles, one of which went to number one. Was it daunting writing for Garth and how has the success impacted on your career?

It has given me such a boost in so many ways. In the business, I think it obviously gives you some street cred, which never hurts. It’s also opened the door to a lot of new fans that loved the songs he released and found me as one of the writers and also liked my artist stuff. It’s definitely a daunting task for me just because Garth has been such a massive influence on me musically. I want to bring my A game and try and contribute. Thankfully, he’s the greatest dude and always makes you feel comfortable.

What has it been like for you releasing music during the global pandemic. Is that something that’s been challenging?

It’s been interesting no doubt. We had to shift our entire gameplan, but I think overall we’ve made the best of it.

Which artists would you say have impacted on you and your music?

There’s a lot to list. I would say the top 3 are probably Garth, Brad Paisley, and the Eagles.

What are your plans for the festive season?

Mitch Rossell’s new single ‘Then Again’ and his acoustic version of the song, are both available to stream and download now. Watch the video below: