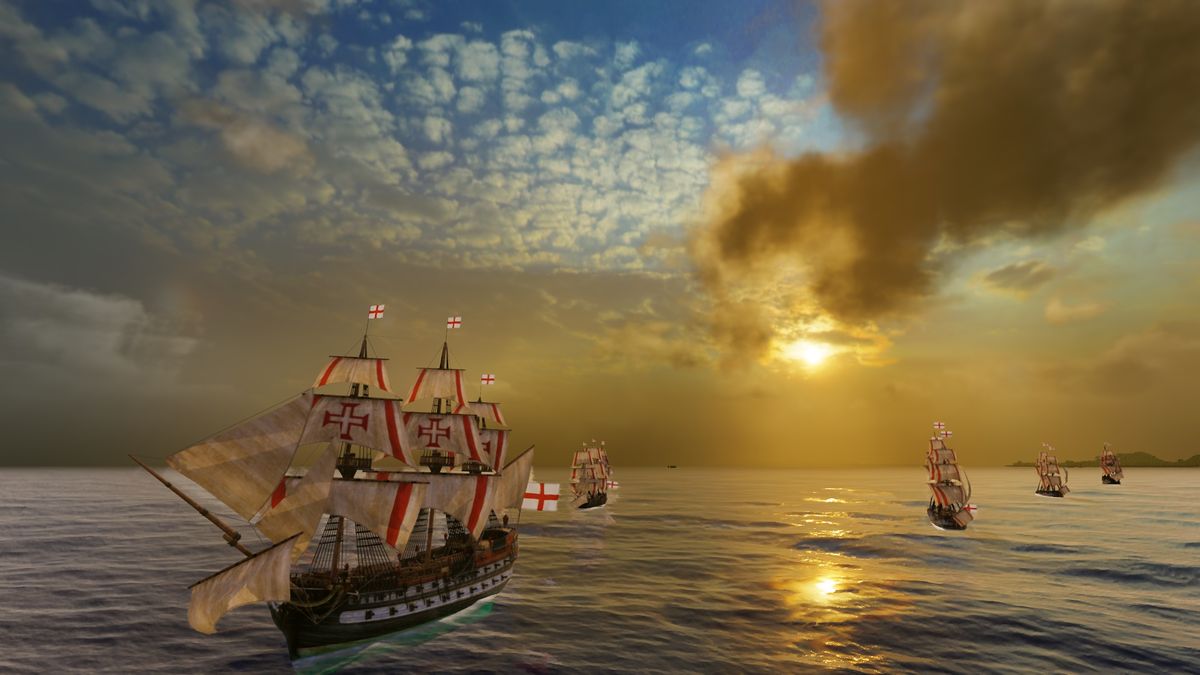 Port Royale 4 isn’t for everyone, this incredibly deep trading simulator set in 17th century Caribbean has a great deal of depth and you need to spend a lot of time learning how things work in order to be successful. If you’re prepared to put in the work, however, there is a great deal of fun to be had here.

I’ve spent far too long playing Port Royale 4 (according to the wife anyway) and have learnt a lot as I’ve progressed. If you want to know what we thought about the game check out our Port Royale 4 review. To help newer players out I’ve pulled together a few bits and pieces of info that would have proved helpful for myself.

When you first start playing, even if you’ve completed the tutorials it’s hard to know where to begin when starting your first campaign. The key here is to take your time, start small as you try out the various systems in the game. Experiment with trade routes and what you think will work best for you.

The missions set by your Viceroy early on in the campaign are also there to force you to look at various aspects of the game so use these as a place to start. Remember not to ignore these tasks as failure results in game over.

I assure you that if you keep at it you’ll be whizzing round the various menus in no time.

You probably wont get it right on your first try

Given its complexity, you’ll probably find yourself failing more often that winning at the start. This is ok and is to be expected, treat each failure as a lesson. Remember why you failed and think about what you can do better next time.

Yes, it can be heartbreaking when you have to restart after spending hours on a campaign but until you fully get to grips with the game’s mechanics you’ll have to accept that you are going to fail.

Given that Port Royale 4 is a trading sim you won’t be surprised to hear that having a strong trading set up is key to success. Not only does trade bring in the cash you need to pay for everything it also helps to increase your fame (more on fame later).

Trade is also the only way to give each settlement the resources it needs in order to progress, build and prosper. If you find money isn’t coming in quickly enough it usually means one of a few things. You may be buying and selling the wrong items at each settlement, you may not be trading between enough settlements meaning your ships stay full of unwanted goods, your trade routes may not be profitable or you may not have enough ships dedicated to your more profitable routes.

At first, you’re likely to only have one ship per trade route but don’t forget that this can be expanded massively with multiple convoys each containing multiple ships on your more profitable trade routes.

Lastly on trade, pay attention to the distance of your trade routes. If there are massive gaps between settlements money won’t come in as quickly as if they were closer together. Think about putting multiple convoys on these routes.

These are merely basic tips on trade and they don’t even scratch the surface of what can be done.

Fame is also everything and takes forever to build

Fame is equally important to trade in Port Royale 4, it might not appear so at the start of a campaign but if you don’t have a system in place to build fame as early as possible you could find yourself in trouble very quickly. You could try starting out as the buccaneer if you’re struggling to build fame points as he comes with a bonus of five points from the start.

Fame is used to buy upgrade options for your settlements, used to hire captains for your vessels and is also required to purchase the better warships. You can build fame gradually by simply trading but there are plenty of other opportunities out there.

As you play random side missions will pop up. These are usually a town needing certain items, a person to be found or a person needing transport. Don’t ignore these missions as they give a significant boost to your fame and without them, you may not unlock the things you need quickly enough in order to complete the missions your Viceroy gives out.

Don’t spend fame on captains or warships early on

As fame points are limited and slow to build up it’s vital they are spent on the right things. Early on in your campaign, I recommend spending points on unlocking settlement upgrades, whilst it might sound more exciting to spend them on hiring captains and buying loads of warships the settlements are the backbone of trade. Remember, trade is everything.

Most of the early missions revolve around setting up settlements so save your fame points for these upgrades. It’s only later on in the game when you’ll find yourself in need of warships.

For the first time in the series, Port Royale 4 has introduced naval combat. This is a simple tip. Don’t initiate combat if you are outgunned, you’re going to lose, badly. It doesn’t matter how skilful you think you are, bigger is always better in combat. This doesn’t mean that if you are only slightly outgunned you’re going to lose but if the balance is too much in your enemies’ favour I wouldn’t waste your time.

I recommend playing the combat tutorial a few times too in order to get to grips with the mechanics of naval combat as it is much more refined than it appears on the surface.

Think of the Viceroy as the King of your faction in the Caribbean. He’ll be giving out lots of missions during your campaign and these are not optional. They are also time-bound so pay attention to what is being asked of you and when it needs to be completed by.

Some of the missions will require you to spend fame points so it can be a good idea to keep a few in reserve should you need to unlock something in a rush. Thankfully the missions appear in the same order for each playthrough so if you’ve been unwise in a playthrough pay attention to why you failed and ensure you get it right next time.

Have a constant supply line to your capital city

Each faction will have a capital city in the area. It is from this capital that key resources are sent back to Europe as part of a treasure fleet. These cities are usually very large and also have a constant high demand for most resources all of the time.

This constant demand makes them great places to sell your goods but contributing towards the treasure fleet goods also gives you constant trickle of fame points.

Pay attention to your class choice

There are four classes to choose from in Port Royale 4 and each come with their own unique bonuses and weaknesses.

The Adventurer: Captains gain experience 25% faster and he can order vessels which he’s defeated in battle. He’s also 20% weaker in boarding fight.

The Merchant: Doesn’t need trading licenses to trade and can trade with all nations even if they are at war. Combat vessels will cost twice the number of fame points.

The Buccaneer: Letters of marque are 90% cheaper and he starts with a bonus of 5 fame points. He will lose double fame should he take part in piracy.

The Pirate: Won’t be attacked by other pirates and will only lose 50% of fame when taking part in piracy. All buildings are 20% more expensive for pirates.

As you can see they are all very different and each bring their own unique traits to the table. For beginners, I would recommend the Buccaneer as the extra 5 fame points will prove a godsend.

Hopefully, these tips will help you out as you begin your journey in Port Royale 4 and whilst the list is far from exhaustive it should steer you in the right direction and give you some things to think about.

Given the importance of trade I’ll be publishing a much more detailed trade guide soon.