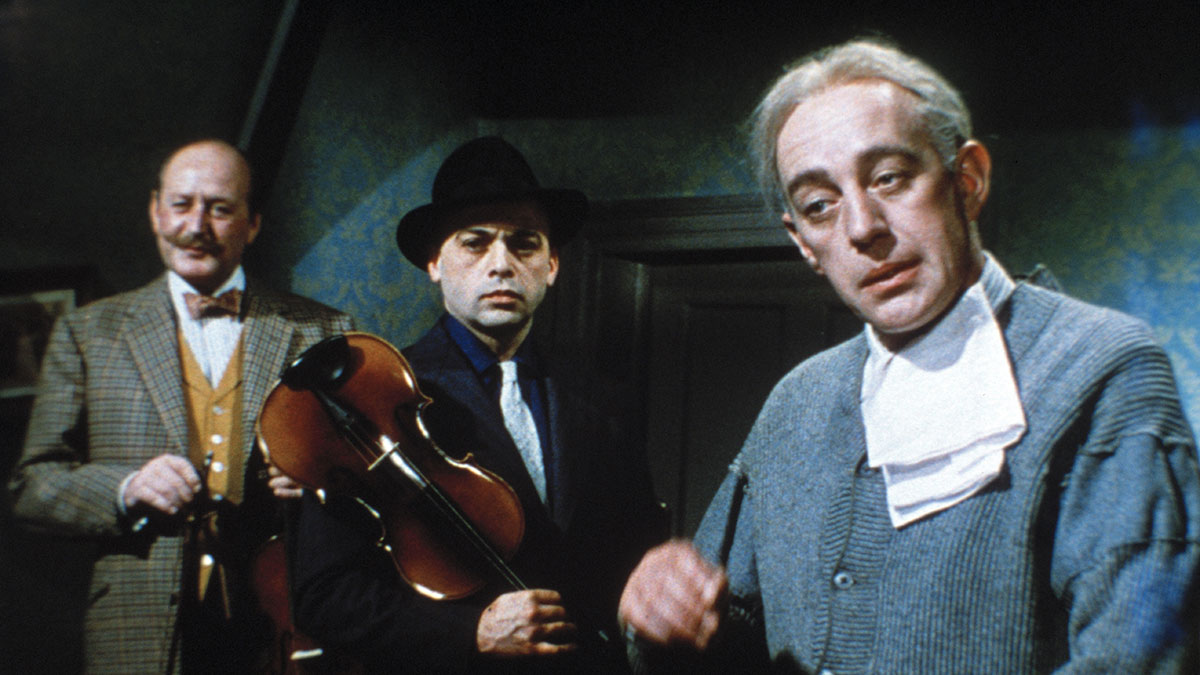 Ealing Studios’ ‘The Ladykillers’ is getting a 4K restoration to mark its 65th anniversary.

The 1955 black comedy has been restored from the original 3-strip Technicolor negative. It will be released in cinemas on 23rd October 2020 followed by a digital, DVD, Blu-ray and 4K UHD Blu-ray Collector’s Edition release on 9th November 2020, which you can pre-order now.

Directed by Alexander Mackendrick, ‘The Ladykillers’ follows the hilarious capers of a group of small-time crooks, taking on more they can handle in the form of their sweet, but slightly dotty, elderly landlady Mrs Wilberforce (BAFTA Award-winning actress Katie Johnson; ‘How To Murder A Rich Uncle’).

This group of seedy misfits are planning a security van robbery and rent a room from Mrs Wilberforce in her rickety Victorian house next to King’s Cross station from which to base their operation. To conceal their true purpose, they pose as a string quartet, though they cannot play a note and are in fact miming to a recording of Boccherini’s Minuet.  The gang pull off the robbery but none of them could have predicted that their greatest obstacle to escaping with the loot would be their tiny hostess.

Extras on the 4K UHD Blu-ray Collector’s Edition include:

In this article:The Ladykillers