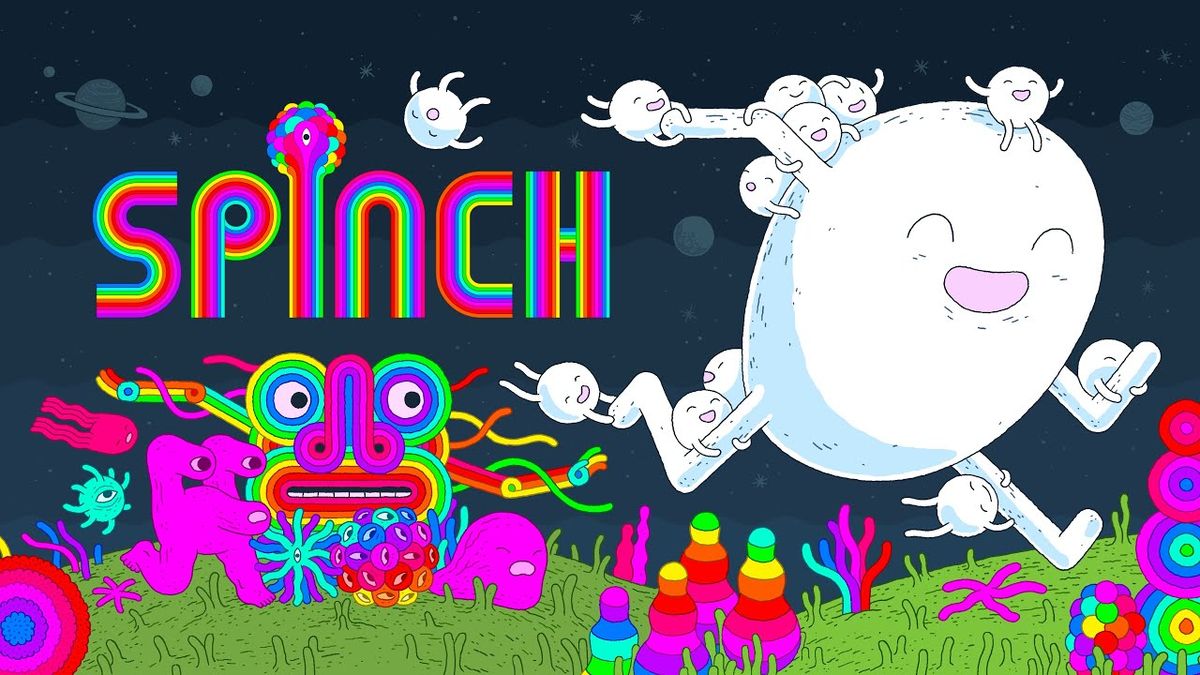 Spinch is the new 2D platformer created by award-winning Canadian cartoonist Jesse Jacobs and developed by Queen Bee games, with audio composition by famed Canadian artist Thesis Sahib. Spinch is Published by Akupara Games and is available no for PC, Mac and Nintendo Switch.

First things first, Spinch is goddam hard, it might look nice and cute with its odd-looking hero and great use of colour but this game will put you over its knee and smack your bum at every opportunity. The controls are simple enough but if you don’t utilise them with almost supernatural timing you won’t be getting far in Spinch. Thankfully the use of checkpoints in the game is fairly liberal so you won’t be losing too much hard-earned progress as you make your way through the levels.

Check out some gameplay in the video below:

Spinch is set in a world where colour has evolved and is now a living entity, it’s also a vicious predator whose favourite food is the flesh of baby spinches. Your job as an adult spinch is to travel the world rescuing your babies which are spread over the various levels. There are benefits to finding and collecting all of the baby spinches as you’ll be using them as live ammunition once you get to the boss fights.

You start each level with three hearts which you’ll lose each time you get clipped by an enemy. These can be refilled and added to by collecting the hearts that litter the levels. There is also a chance to gain temporary invulnerability by collecting the white cubes within the game. Sadly you can’t chose when to trigger this ability so whilst it’s always welcome it would be nice to be able to store this abilty for a time when you really need it.

The big draw and main differentiator of Spinch from other platformers is how it looks. If you’ve watched the video above you’ll see that Spinch is a kaleidoscopic mass of colour which had me stopping to admire it at the start of each level. This is clearly intentional as you’re forced to make your brain ignore all the pretty colours, that are literally trying to kill you, and complete the level before something takes you out.

Each level is timed so once you’ve completed the game you might be tempted to go back again and again in order to improve on your times.

To sum up, Spinch is a genuinely hard platformer with a unique visual style. Despite its looks, Spinch is probably not a game for younger kids as they might struggle to get to grips with the godlike timing required to navigate its levels. If you like platformers that offer a serious challenge I recommend you give Spinch a try.

Spinch was reviewed using a digital code provided by the publisher