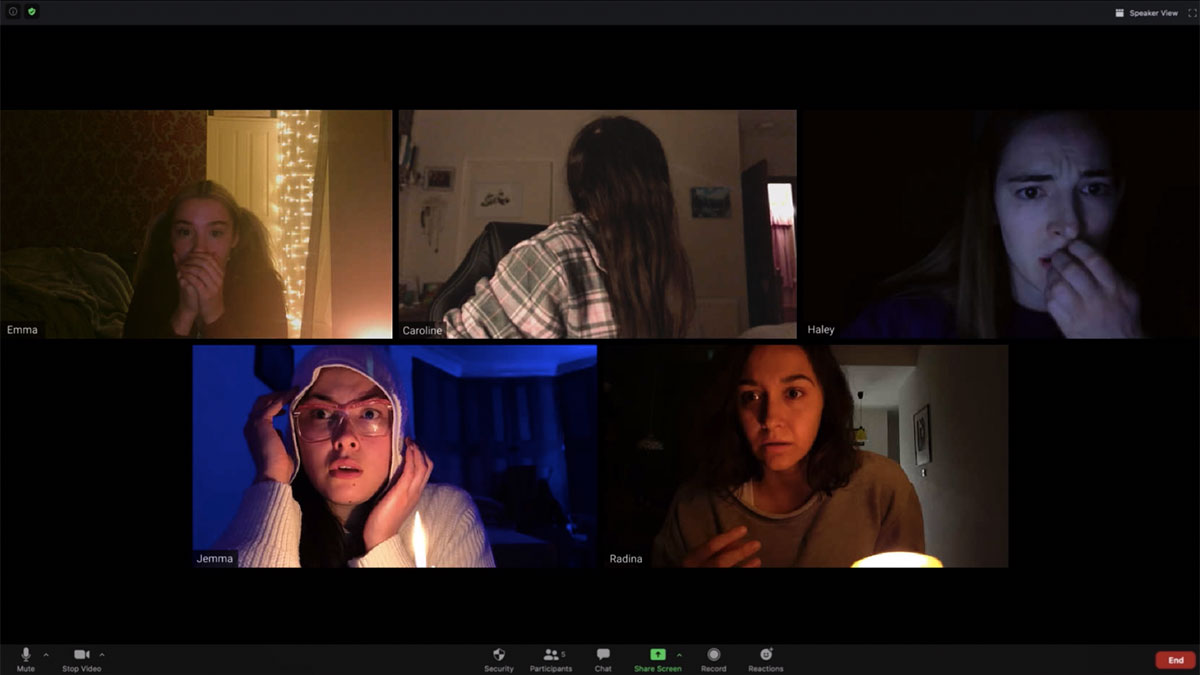 Horror sensation ‘Host’, a Shudder Original, is coming to cinemas and digital on 4th December 2020 courtesy of Vertigo Releasing.

The film will be previewing at the BFI Southbank and Prince Charles Cinema during October, and in selected cinemas nationwide for Halloween.

Six friends get together during lockdown for their weekly zoom call. It’s Haley’s turn to organise an activity and instead of a quiz, she’s arranged for a medium to conduct a séance. Bored and feeling mischievous, Jemma decides to have some fun and invents a story about a boy in her school who hanged himself.

However, her prank gives license for a demonic presence to cross over, taking on the guise of the boy in Jemma’s made-up story. The friends begin noticing strange occurrences in their homes as the evil presence begins to make itself known, and they soon realise that they might not survive the night.

British director Savage was inspired to make his Zoom-based horror after a conversation with a medium, who told him that during the COVID-19 pandemic business has been booming. As ‘Host’ was both conceived and made during the pandemic, all filming had to happen remotely, so the actors had to become camera operators and special effects technicians.

In this article:Host, Shudder, Vertigo Releasing