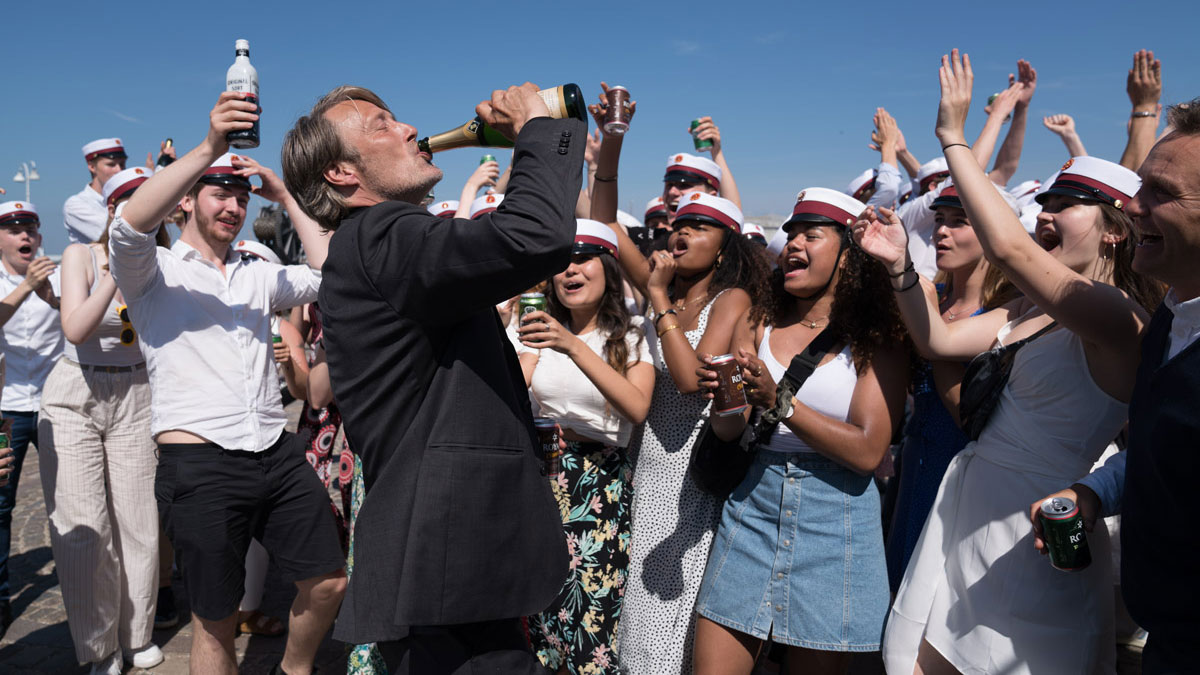 ‘Another Round’ directed by Danish auteur Thomas Vinterberg is coming to UK cinemas on 20th November 2020 and STUDIOCANAL have released a new trailer and poster for it.

Starring Mads Mikkelsen, ‘Another Round’ will premiere at The BFI London Film Festival on Wednesday 14th October.

There is an obscure philosophical theory that humans should have been born with a small amount of alcohol in our blood; that modest inebriation opens our minds to the world around us, diminishing problems and increasing creativity.

Intrigued, Martin (Mads Mikkelsen) and three of his friends, all weary high school teachers, embark on a risky experiment to maintain a constant level of intoxication throughout the workday.

Initial results are positive, but as the units are knocked back and stakes are raised, it becomes increasingly clear that some bold acts carry severe consequences.

Vinterberg reunites on ‘Another Round’ with acclaimed screenwriter and regular collaborator Tobias Lindholm (‘Borgen’, ‘A Hijacking’), with whom he also wrote previous films ‘The Hunt’ and ‘The Commune’.

Advertisement. Scroll to continue reading.
In this article:Another Round, Mads Mikkelsen