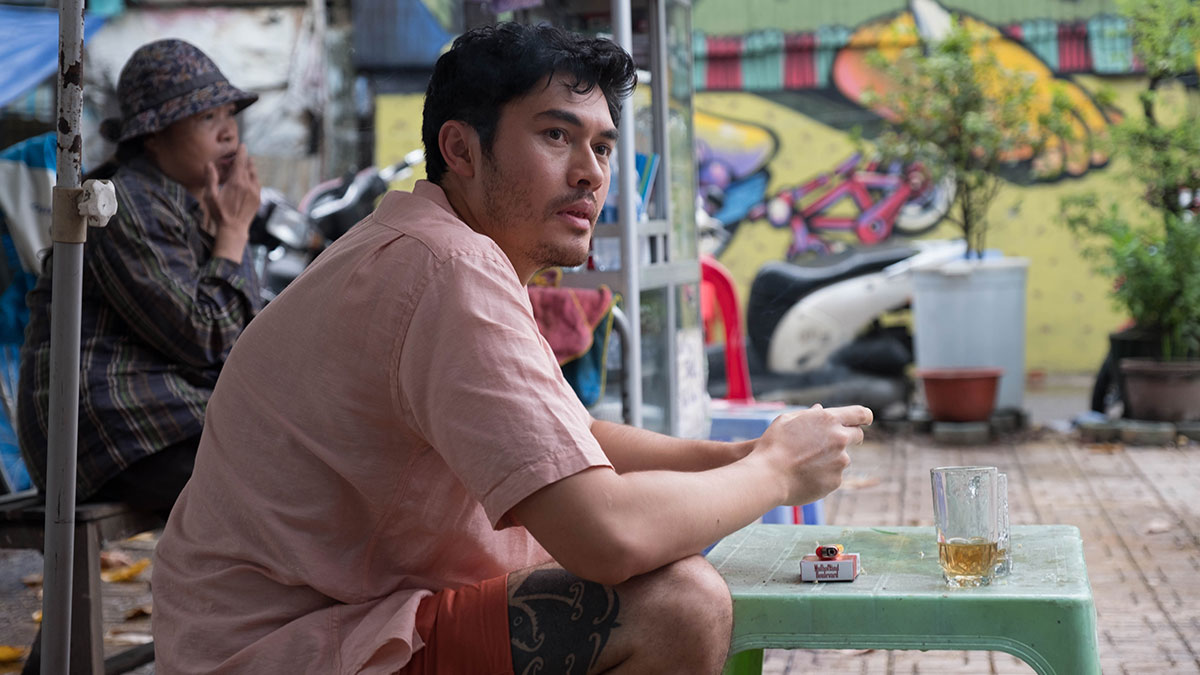 British-Vietnamese man Kit (Henry Golding) returns to Saigon for the first time since fleeing as a child 30 years earlier. With the ashes of his mother in his possession and a desire to form a connection with his place of birth, Kit reconnects with childhood friend Lee (David Tran). As he travels around the country he was born, Kit observes the way that Vietnam has changed in his absence. He also becomes romantically entangled with American Lewis (Parker Sawyers) as he waits for his brother to arrive with the ashes of their father.

At its heart Hong Khaou’s ‘Monsoon’ is a film about trying to reconnect with a place you once called home. For Kit, who was a mere 6-years-old when he left with his family, he struggles with his cultural identity as he tries to marry the country that he sees now with the one he grew up in during the Vietnam-American war. At one point he comments he feels ‘like a tourist’ in his home country and that deep sense of estrangement over-rides any other feelings he has.

Reconnecting with Lee seems to be his one hope of tracing his life back to its roots but he finds that Lee and his family have had to struggle through hard times in his absence. There’s a sense between the childhood friends that Lee has held resentment that Kit and his family managed to get out of the country and live in England, when his family had to stay put and deal with the fallout of the war. Kit has feelings of guilt over that situation, despite there being nothing he could have done at the time.

As the nights draw in, Kit explores the bar scene and that’s where he meets the handsome Lewis. The attraction is at first a physical one but as the two men spend more time together, they learn that their views and life experiences may not be all that compatible. They try to act sensitively around one another, keen to explore their attraction but wary of upsetting each other.

Much of ‘Monsoon’ is contemplative and ponderous. The idea that Kit is searching plays out quite literally on screen as he wanders the sprawling streets of Ho Chi Minh City. The camera roams around the city almost as much as Kit does, and it captures the culture beautifully. At the centre is a restrained and understated, but strong, performance from Henry Golding. This is his first real attempt at showing he can lead a serious drama and he’s very good. A warm presence on screen, he doesn’t often need to say much to convey his emotion and his performance is considered and quietly powerful.

‘Monsoon’ won’t be for everyone. Over the 85-minute run time, not a whole lot happens. Much has been made about Golding, a straight actor, playing a gay role but honestly Kit’s sexuality isn’t a defining part of who he is; it’s just an element of him. Golding is on the ascent in Hollywood and this role should help bolster his leading man credentials. ‘Monsoon’ is quiet and thought-provoking, and Hong Khaou’s sensitivity towards the subject matter means it’s a slow burn but ultimately fairly rewarding.