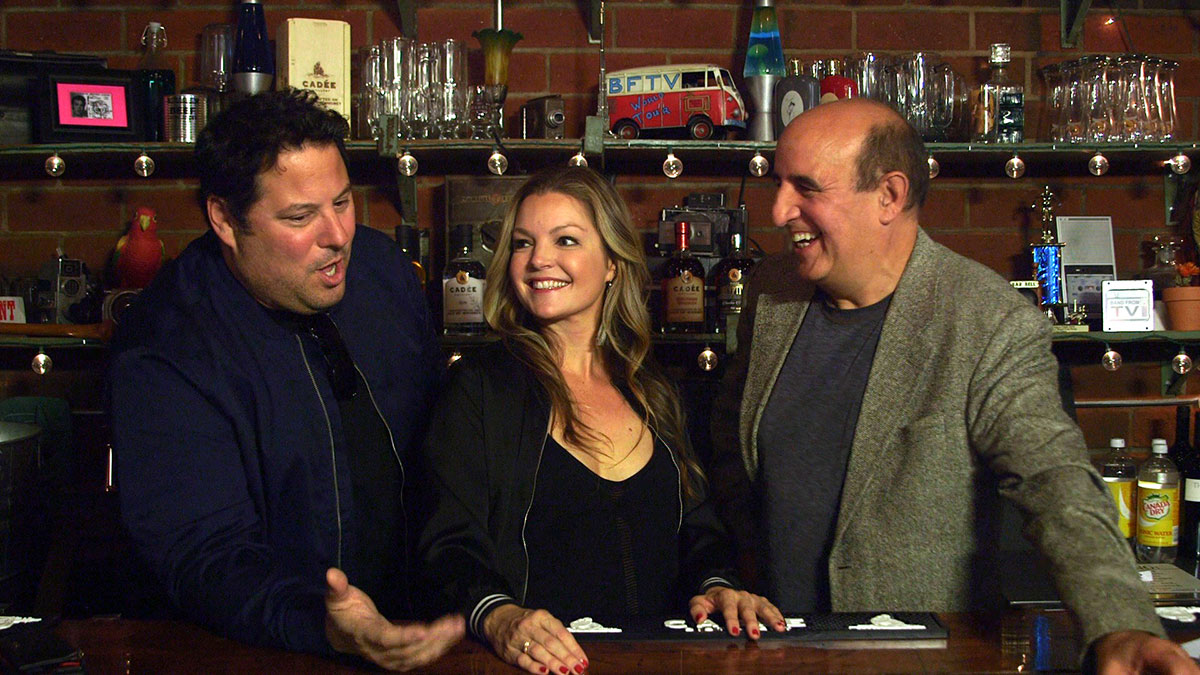 Actor and director Ruben Pla recently brought his documentary ‘The Horror Crowd’ to Arrow Video FrightFest and it was one of the breakout hits of the festival (read our review).

Focusing on the Hollywood horror community, the documentary sees Ruben speaking to a wealth of familiar faces from the genre about their relationship with it as well as sharing candid stories from their lives.

I caught up with Ruben recently to talk about the film, find out why he loves horror and to discuss the appeal of the genre…

Hi Ruben. How are you today and how have you been keeping sane during the pandemic?

I’m doing great, Pip, thank you for asking.  I hope you’ve been well and safe also.  And I’m keeping sane by staying ultra busy promoting ‘The Horror Crowd’, writing, and shooting a horror short during the pandemic.  Went out back to the woods I live by and just shot it.  Didn’t want to stay home and twiddle my thumbs.  Footage looks great and can’t wait to dig in and start putting it together.

Your film ‘The Horror Crowd’ is picking up plenty of praise at film festivals across the world. What’s it all about and why did you decide to make it?

Thank you, yes, it’s been doing very well.  It is amazing, actually, it’s been accepted to festivals in Europe, South America, and the United States…and we still have many festivals to hear from, so we are very fortunate, and grateful.  The film is all about ‘The Horror Crowd’, a group of horror filmmakers in Hollywood who are friends and hang out together, work on each other’s films, spend Halloween and other holidays together, and attend each other’s screenings and parties regularly…oh, and Horror Trivia.  Lots of Horror Trivia.

You get stories from some of the biggest names in horror. Were there any that surprised you?

The main two that come to mind have to be when Mike Mendez tells me the first horror movie he ever saw was ‘The Hills Have Eyes’…at age 3.  That was pretty shocking, I must say.  The other, not so much shocking but sweetly revelatory, would have to be Lin Shaye telling me, during the “Dark Side” segment, that she can be not so very nice sometimes…and a little jealous.  This coming from such a wonderful and supportive person.  Just goes to show you how the people in ‘The Horror Crowd’ hold nothing back.

As someone who is very much part of the horror genre, what is it that you love so much about it?

That it puts you in situations that scare you, sometimes terrify you…but you still get to go home safely.  No permanent damage done.

Horror tends to attract people who have felt different or an outsider at some point in their lives. What do you think it is about the genre that resonates so strongly with people?

We cover this in great detail in ‘The Horror Crowd’.  What most people in the film reveal is that they always felt like the odd kid out, the weirdo, but they found refuge in horror.  They were able to escape what was to some, an unhappy, unfulfilled life, and enter a new, challenging, creative reality.

What was the biggest challenge in making this film a reality?

Wrangling 37 people to interview.  LOL!  But, seriously, it was such a pleasure putting this project together, everyone was so helpful and giving, cast and crew alike.  The people being interviewed were so honest with their revelations and they wanted to share their deepest, darkest secrets, their passions, their loves, their lives…with you, the audience.  So I’m eternally grateful to all of them.

What’s your favourite horror movie of all time and why?

‘Alien’.  I know some people think it’s a science-fiction movie but, in actuality, it’s really a horror movie.  It’s a haunted house movie in space.

I’m waiting for Los Angeles and New York to open up again so I can start getting back out on projects, both acting and directing.  I have a lot of scripts ready to go, Horror, Supernatural Thriller, Fantasy, Adventure, even Rom-Com.  I don’t care.  As long as the script is good, it doesn’t matter what the subject matter is.  To me, it’s all about the script.

Also, we have our film playing at Grimmfest in October and we are incredibly excited about that.  It’s a great festival and they’ve been just wonderful about everything.  We can’t thank them enough.

And thank you, Pip.  We really appreciate you taking the time to talk about ‘The Horror Crowd’.  It means a lot to us.

‘The Horror Crowd’ will next be showing at Grimmfest, which takes place from 7th to 11th October 2020.

In this article:Featured, Ruben Pla, The Horror Crowd