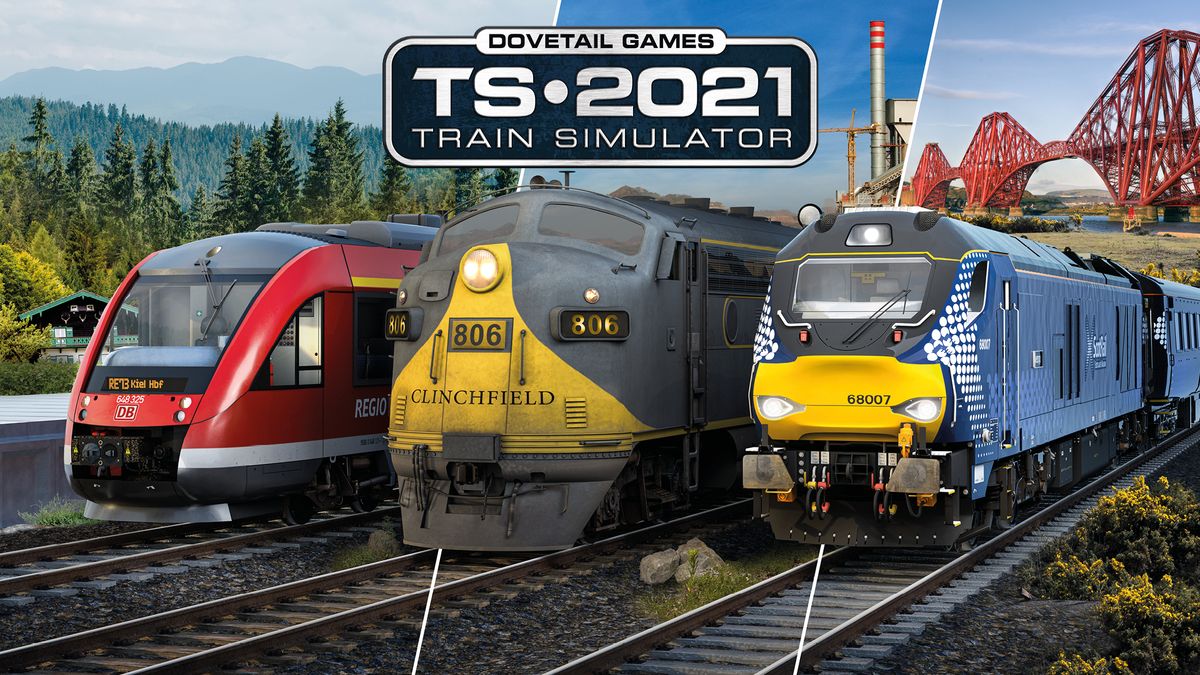 Train Simulator, by Dovetail Games, is out now for PC. The game features a new collection of routes, improved Steam Workshop features and a Deluxe Edition that includes a brand new experience with the West Coast Main Line South.

In Train Simulator 2021 players will be able to take control of authentic licensed locomotives from around the world and explore real-world routes with the ultimate railway hobby. As you travel you’ll marvel at the mix of modern and historic infrastructure, including the striking Forth Rail Bridge, as you drive a ScotRail BR Class 68 on the Fife Circle Line. Step aboard hard-working traction such as the DB BR 648 to discover the picturesque Norddeutsche-Bahn from Kiel to Lübeck. Take the throttle of the motive power like the F7 on Clinchfield Railroad and drive across the magnificent Appalachian Mountains. Three unique routes with lots to explore.