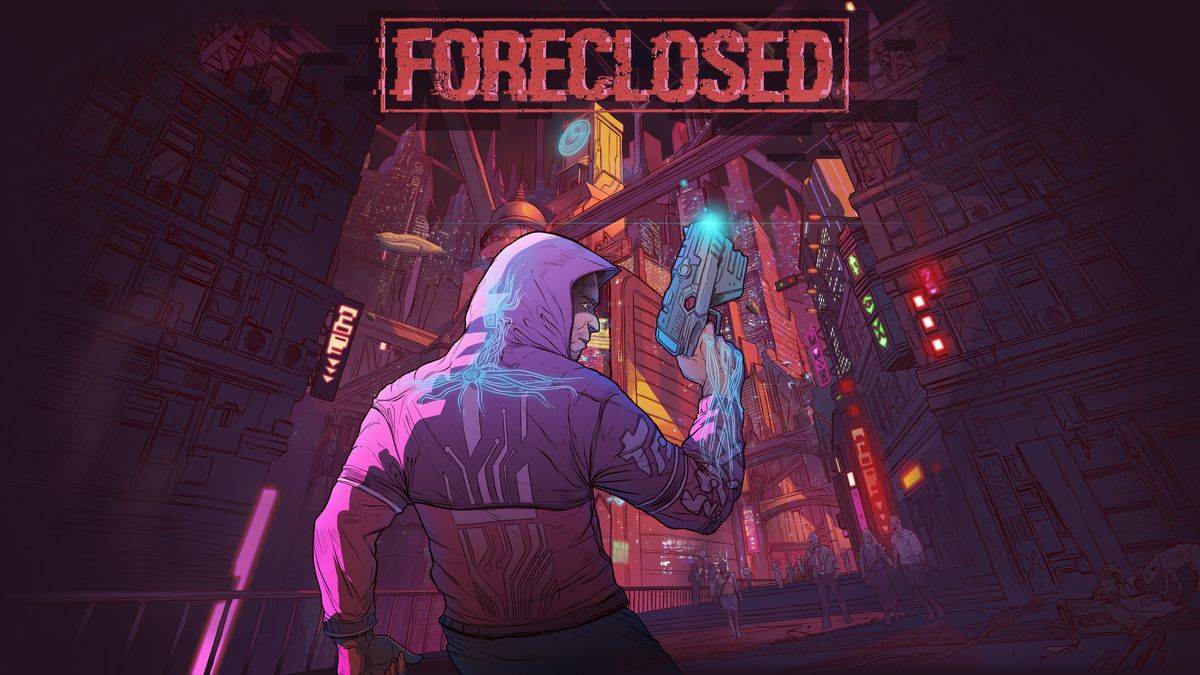 Merge Games and the Italian based development team Antab Studio have announced that the upcoming third-person action-shooter Foreclosed is in development for PS4, PS5, Xbox One, Xbox Series X, Nintendo Switch, and PC. The game aims to deliver visceral cyberpunk action with a comic book aesthetic in 2021.

Merge has also released an all-new deep dive into Foreclosed hosted by the team over at Antab Studio. In the video below, you’ll learn about some of the game’s music and programming, unique gameplay mechanics, implants, inspirations and more. This is a never-before-seen look into the inner workings of Foreclosed.

Foreclosed is a striking display of narrative-driven action where the player takes control of brain implant abilities, hi-tech weaponry, and a diverse skill tree system. Visually, it takes inspiration from the Deux Ex and Max Payne games along with Frank Miller’s graphic novel Hard Boiled. The game brings its vibrant sci-fi setting to life with interactive cutscenes and transitions inspired by graphic novels.

Interested players can check out the Foreclosed Steam page for more information and to wishlist the game.