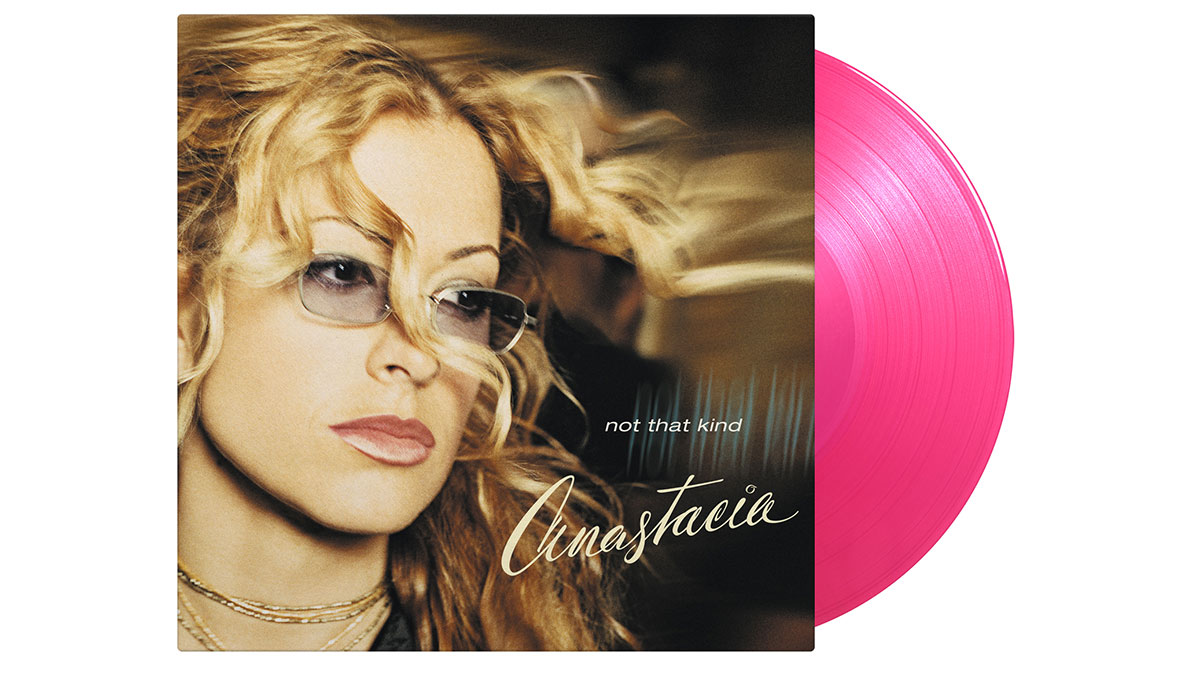 Anastacia crash landed into the UK charts in 2000 with her Top 10 debut single ‘I’m Outta Love’. Even though subsequent singles didn’t chart as high, that didn’t stop the singer’s debut album ‘Not That Kind’ from being certified triple Platinum in the UK. It also debuted at number 2 and kick-started a very successful streak that spanned the next decade. In celebration of the album’s 20th anniversary, Music On Vinyl is releasing a special edition of the album on translucent pink vinyl limited to 2,000 numbered copies.

I still remember getting my hands on ‘Not That Kind’ for Christmas in 2000 and I was captivated by Anastacia’s booming voice and infectious energy. Musically she was a fresh twist for pop music, infusing plenty of funky grooves into her blend of dance-pop. The out-and-out dancefloor call of ‘I’m Outta Love’ sits neatly next to album opener and title track ‘Not That Kind’, a funky pop jam that really lets Anastacia’s powerful voice shine.

Across the rest of the record, Anastacia explored her unique fusion of funk and dance-pop, and in doing so created one of the best debut albums of the decade. The album showed that there was a lot more to her than just uptempo jams though. ‘Cowboys & Kisses’, the album’s third single, is a Country-tinged mid-tempo ballad while the shimmering production of ‘Who’s Gonna Stop The Rain’ is a moody R&B influenced song that really lets Anastacia unleash her voice’s full capabilities.

Highlights across the record include the pop anthem ‘Made For Lovin’ You’, which became a staple in the audition stages of ‘The X Factor’ for years, the tear-stained power ballad ‘Black Roses’, and the timeless piano-led ‘One More Chance’. The catchy ‘Yo Trippin’ pulls in all the influences of Anastacia’s hometown Illinois, Chicago while album closer ‘Same Old Story’ is a groove-laden meditation on being stuck in a rut you can’t get out of.

This special anniversary release is pressed on 180g translucent pink vinyl and it comes complete with all the original artwork. There’s a 6-panel fold-out booklet with the credits and photos from the original album, which is a nice touch. It’s also become a signature of Music On Vinyl to really pay attention to all the little details and give the fans something truly special.

‘Not That Kind’ is a pop album that’s stood the test of time. It’s mind-blowing to think it’s been 20 years since we were introduced to Anastacia but this album sounds as fresh as it did back in the day. The quality of this pressing is exceptional, really bringing out the warmth of the melodies and rhythms, as well as allowing Anastacia’s jaw-dropping voice to shine.