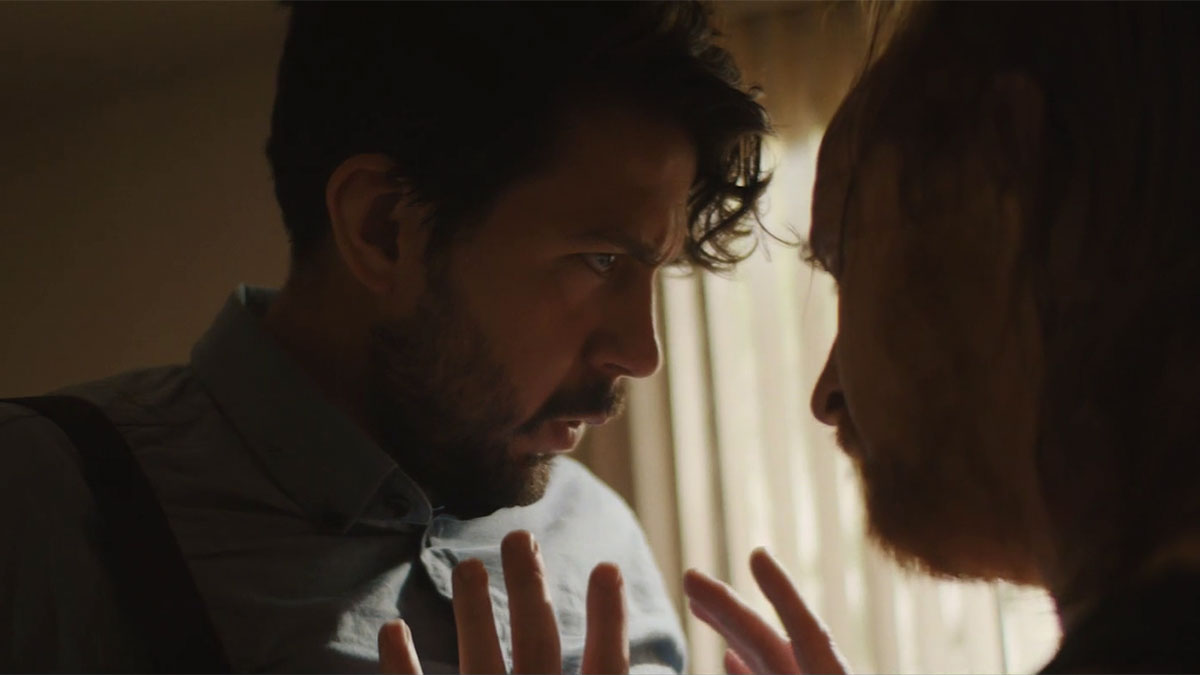 One of the highlights of this weekend’s Arrow Video FrightFest is likely to be film-maker Tyler Savage’s unique twist on the stalker genre, ‘Blinders’.

The film will be screening its World Premiere at the festival on Monday 31st at 4pm. If you’re a fan of ‘Single White Female’ and ‘Fatal Attraction’, then you should grab yourself some tickets to see ‘Blinders’.

I spoke to Tyler about the film to find out what horror fans can expect, discuss the inspiration behind it and talk about the perfect casting…

Hi Tyler. How are you and how are you coping during the pandemic?

Appreciate you taking the time to ask. I’ve been holding up fine during all this, but it’s definitely an anxious and emotionally exhausting year. I’m grateful to have a good job, an amazing girlfriend, and the greatest dog ever, so no complaints here but I certainly hope 2021 is a fresh start of all of us.

Your new film Blinders is having its World Premiere at Arrow Video FrightFest. What’s it all about?

‘Blinders’is a noir horror-thriller that’s really about how technology controls our lives and makes us incredibly vulnerable. It follows a guy named Andy who has just moved to Los Angeles from Austin, TX. After meeting a girl named Sam at a bar, the two get a ride back to her place with a ride share driver named Roger. Andy sort of strikes up a friendship with Roger, but when Roger becomes too clingy and intense, Andy brushes him off. Roger really doesn’t like that rejection, so he sets about destroying Andy’s life. It’s an inherently modern movie because of the tech elements, but we tried for something classic and universal.

Where did the inspiration for Blinders come from?

The original concept came from a ride share drive I took about a year and half ago. The driver was sort of creepy, and he asked me too many personal questions, so I was disturbed that he now knew where I lived. From there, my writing partner (Dash Hawkins) and I started talking about how to make a movie that wasn’t just about a killer ride share driver, but one that highlights how our use of technology leads to constant manipulation and misrepresentation and all that. It’s really a film for our Fake News era.

The film mixes in social media and iPhone footage. Why did you decide to do that?

The way we all represent ourselves digitally is at the heart of the story, so I wanted to feature familiar images of Facetime calls and Instagram profiles to sort of get viewers to drop their guard and relate to the film. Once they can relate to it, we flip it on its head.

Your three leads are all brilliant. Tell me a bit about the casting process and why you chose the three actors you did…

Thank you! That honestly means the world, and it will to them, too. Dash and I really wrote the script with Vincent and Michael in mind for the two leads. They’re both close friends and talented actors, and I just love the way they naturally are together. They’re like brothers in a lot of ways, always teasing and playfully antagonizing each other. And then we found Christine through a more traditional process with our casting director Kelly Knox. We used some improv-based rehearsals to sort of get everyone synced up and on the same page.

There are shades of ‘Single White Female’ and ‘Fatal Attraction’ in the film. How did you manage to take a familiar trope of the genre and do something fresh with it?

I think we knew from the start that we wanted this to feel a bit like a 90s movie in terms of presenting a familiar dynamic between the two leads. We knew that we wanted to try this man-on-man stalker set-up rather than a possessive former lover or something. If we succeed in doing something fresh with this familiar trope, I think it’s because we managed to make a film that feels a bit throw-backy but still highlights inherently modern themes.

What was the biggest challenge you faced when making this film?

I was very fortunate to have a great group of friends and collaborators around me, so I don’t really have any nightmare indie production stories. With our tiny budget though we always had to stretch in terms of getting locations for cheap and making the production feel bigger than it really was. Also, the four hours we spent in a helicopter shooting the opening was awesome but definitely taxing. Your adrenaline is just on high when you’re up there.

Without giving away any spoilers, the film does leave the potential for a sequel. Is that something you’ve thought about or would consider?

I actually haven’t been asked that yet. It definitely sets up nicely for a sequel, and I think it would be fun to see where we could take the story from here, but at the same time I just love stories that end with a world of new possibilities opening up. So, for me, it works fine as a stand-alone, but Dash and I would gladly develop a sequel if there was interest.

Why should people check out Blinders at Arrow Video FrightFest?

There are a lot of great films at FrightFest this year, as always, but I think people should check out ‘Blinders’since it’s a unique offering. We did our best to blend dread and humour throughout the film, and I’m hopeful that people will find the watch worthwhile.

What’s your next project going to be?

It’s always a long process of putting these things together, but Dash and I are writing a new thriller about a couple facing off with some metaphorical and literal demons in the weeks leading up to the delivery of their child. It’s pretty fun and juicy so hopefully we’ll be able to get that together for next year.