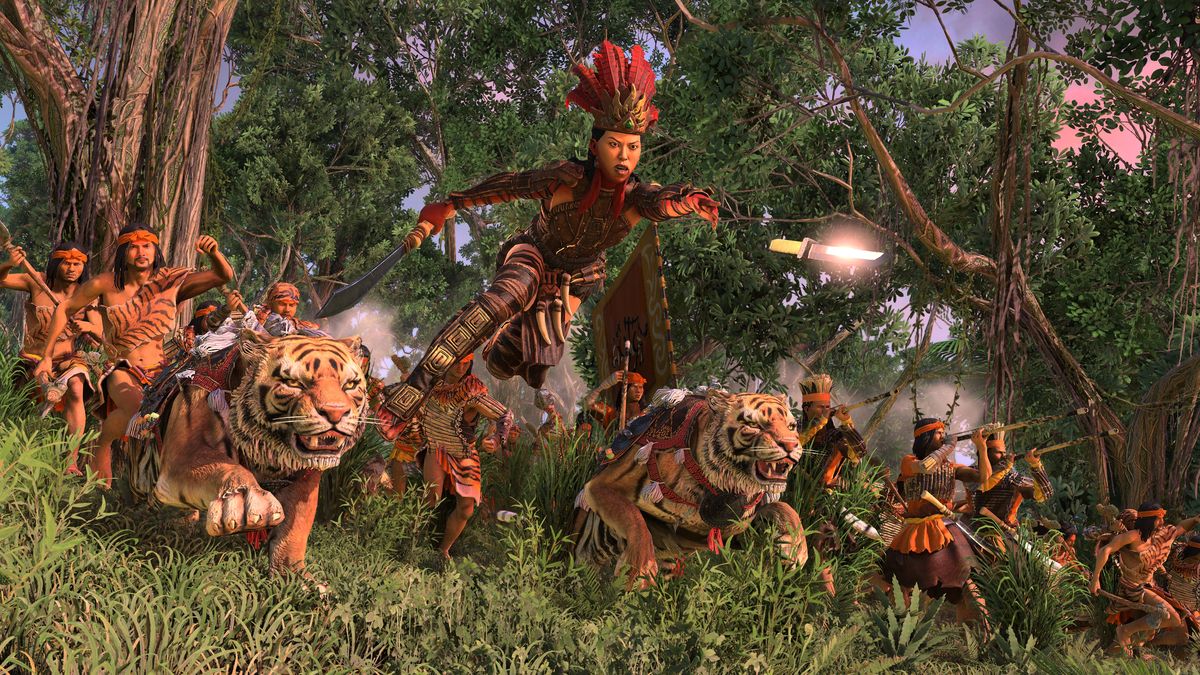 Creative Assembly and SEGA have just announced that the Furious Wild expansion for Total War: Three Kingdoms will be released on 3rd September 2020. The Furious Wild is the first expansion pack for Total War: Three Kingdoms, introducing four new factions and an extension to the sprawling map of third-century China. Explore the deadly jungles of the south and with it, the fearsome tribes of the Nanman.

Players will be able to choose to play as several new tribal warlords including Meng Huo, King Mulu, Lady Zhurong, and King Shamole. Each warlord comes with their own unique mechanics from flaming mace and blowpipe units, to revered elephants and tigers.

Check out the Furious Wild trailer below:

The expansion will also offer all players some free content to boot. Everyone will be able to pick up new Han Warlord  Shi Xie, flame-firing Juggernaut artillery, Gate Battles and much more. There will also be plenty of quality of life improvements.

The Furious Wild can be preordered on Steam.