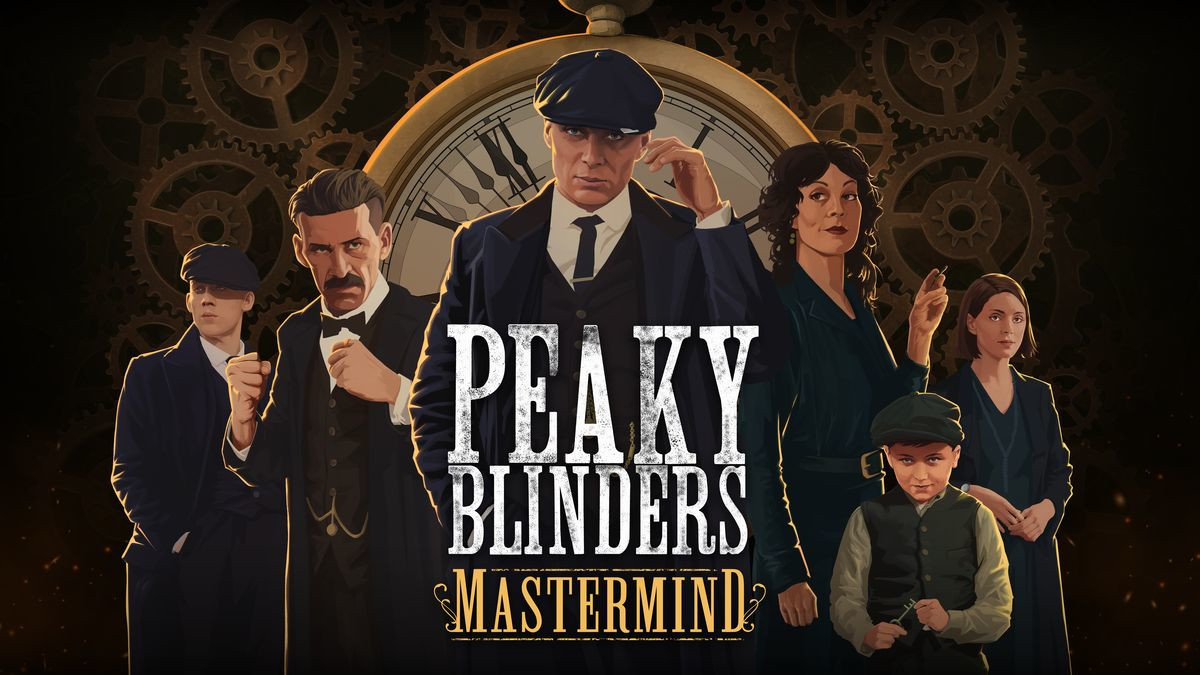 As a fan of the Peaky Blinders TV series I was delighted when the news broke that a game was on the way. I immediately imagined a game similar to Grand Theft Auto, causing chaos as Tommy and the rest of the Shelby clan. While such a game appeals, I was pleased to see that developer FuturLab gave it a little more thought and took a risk with something completely different.

Peaky Blinders: Mastermind falls into the puzzle-adventure genre and is set before the events of the first season. Tommy and his brothers, Arthur and John, arrive back from the Great War. Their aunt Polly and sister Ada were left in charge of the family business but now the boys are back in control. They soon discover a sinister plot to put Tommy out of business and spring into action like only the Peaky Blinders know how.

To show they are back, Arthur wants to host a party and Tommy suggests they should take some champagne from the Gilroys. This leads you into the first mission where you learn the ropes. The game gives you control of the main Shelby characters – Tommy, Arthur, Polly, John, Ada and Finn. Each mission dictates which characters are available and then it’s up to you to switch between them all to carry out the objectives.

In the TV series, Tommy constantly manages to outthink his rivals. Somehow he manages to stay one step ahead and his complex plans have many moving parts. At the end of the first season Tommy refers to something he likes to call “The soldier’s minute”. It’s a brief period of time during battle where everything is happening at once and the past and future don’t matter. The gameplay reflects this by utilising a rather unique timeline mechanic.

It’s a little hard to explain, so bear with me, but it works beautifully with practice. Essentially every move you make is recorded on a timeline with actions being represented by a series of icons. Each character in play gets their own timeline and set of actions. At any point you can rewind time to alter your actions.

The neat thing here is how this layered timeline allows you to create complex series of events in parallel. So for example, you might walk Tommy down an alley until he gets to a closed door. The door can be opened by a lever that is out of his reach. Instead you can rewind time and move another character to the lever and have them pull it as Tommy approaches to allow him to pass through.

Each of the characters has their own abilities to master. Tommy can threaten people which forces them to do his bidding. Doing so allows you to control them for a brief period of time to open a door or retrieve an item. Arthur and John can both brawl with enemies. Arthur can also kick doors in while John can use lanterns to burn obstacles. Polly can bribe and pick locks, Ada can distract and Finn can pickpocket and sneak through holes and windows.

Peaky Blinders: Mastermind eases you in gently and slowly ramps up the difficulty. Before long you’ll be juggling multiple characters and co-ordinating their movements and actions to carry out your masterplan. The game gives you set objectives and a time limit in which to complete each. It points you in the right direction and has optional hints should you get stuck. With the rewind mechanic you can keep trying over and over until you get everything perfect.

Missions have three par times – Gold, Silver and Bronze. Obtaining Bronze is fairly straightforward but you’re going to have to really tweak your plans to get the higher grades. Levels also feature hidden pocket watches for you to find. While certain puzzles are a little repetitive, such as pulling levers, I found a nice variety of objectives across the missions including stealing, fighting and even a prison break!

Graphically the game looks great with recognisable characters and detailed environments. Fans of the show will enjoy the opportunity to visit certain familiar locations such as The Garrison pub. The story is told via painted cutscenes featuring the different characters and these look fantastic.

View some Peaky Blinders: Mastermind screenshots in our gallery:

The game features an awesome soundtrack by Feverist which is well worth a listen to. I was sadly disappointed at the complete lack of voice-acting but as a fan I could hear the Brummie accents in my head as I read the dialogue.

Overall I found myself impressed by Peaky Blinders: Mastermind and felt it was a game worthy of the TV series. It’s a satisfying experience that makes you think. The story is good and wouldn’t feel out of place in an actual episode. It’s not the longest game but should keep most players busy for a good few hours. Peaky Blinders fans are going to enjoy the game the most but anyone who enjoys puzzle games should find plenty to enjoy.

Peaky Blinders: Mastermind was reviewed using a digital code provided by the publisher.