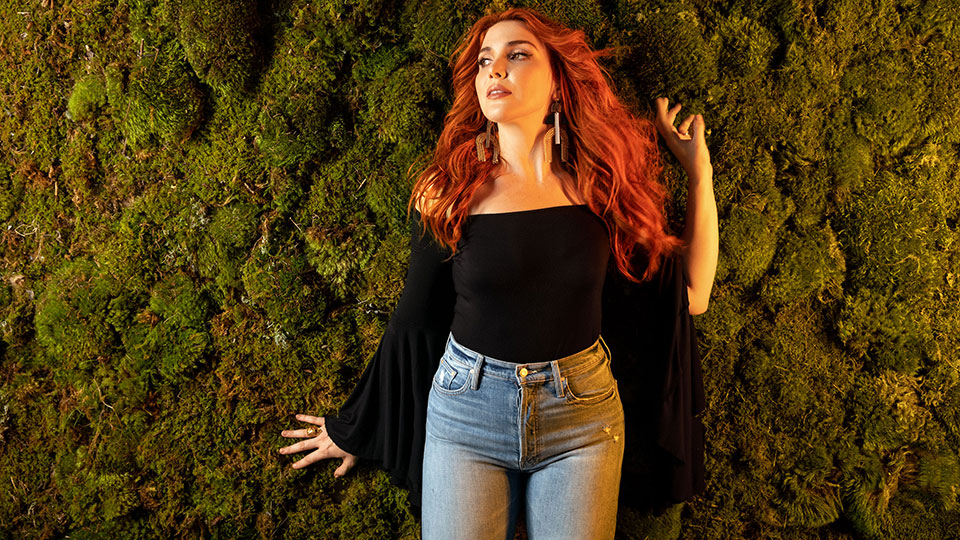 Caylee Hammack is an artist that is truly making waves in Nashville right now. She’s one of the female artists changing the landscape for Country music and the promise she’s shown with the handful of songs she’s released so far has been really exciting. After spending time as a staff writer for Universal Music Publishing Group Nashville, Hammack was convinced to step into the artist spotlight following a fire that burned down her house taking most of her possessions with it. After a few delays thanks to the pandemic, Hammack is finally releasing her debut album If It Wasn’t For You.

On If It Wasn’t For You, Hammack shows she’s not messing about. This is her time to shine in the spotlight and clearly she’s determined to let nothing stop that. Opening the record with Just Friends, Hammack throws back to Dolly Parton in the first few moments before turning the song on its head with crunchy electric guitar and more than a side-serving of sass in her voice. The way she can move from gentle to powerful is impressive, and it’s definitely one of her unique selling points.

Once you’ve wrapped your head around Just Friends’ switcharoo, Hammack drags you onto the dancefloor for the uptempo, beat-heavy Redhead featuring Reba McEntire. The song rocks hard and Hammack more than holds her own next to Queen Reba, which is no easy thing to do. The two women’s voices work so well together and I hope we get a live performance of this track at some point in the future. Refusing to let you get a handle on her, Hammack switches things up again on Lookin’ For a Lighter, a gentler acoustic ballad that reflects on the past.

Hammack has no interest in making an album packed with sound-a-like tracks. Every single song on here sounds completely different. The more R&B-influenced Sister celebrates female solidarity, Just Like You finds Hammack giving a man a taste of his own medicine, and King Sized Bed is an ode to getting hot and heavy between the sheets. Forged in the Fire, the final song released from the record before its release, looks back to that devastating fire that served as a catalyst for Hammack’s pursuit of music as an artist.

Elsewhere on the record Family Tree, the album’s lead single, sounds magnificent showing off Hammack’s big voice, while Small Town Hypocrite is the acoustic break-up anthem we all need in our lives. Ashley McBryde and Tenille Townes, two of Hammack’s closest friends, feature on Mean Something and you can’t help but feel these three women together could form their own band down the line. The short track Gold makes you yearn for a completely acoustic album from Hammack in the future (seriously her voice on it is incredible) and the album closer New Level Of Life is a life-affirming way to close out a superb record.

If It Wasn’t For You is one of the boldest debut albums I’ve heard for some time. Caylee Hammack is an incredible talent and we get to see every single side of her across these songs. It’s no surprise that Nashville, and the world, is starting to take notice and I’m excited to see where Hammack goes from her. If It Wasn’t For You is a perfect debut from a remarkable rising talent.