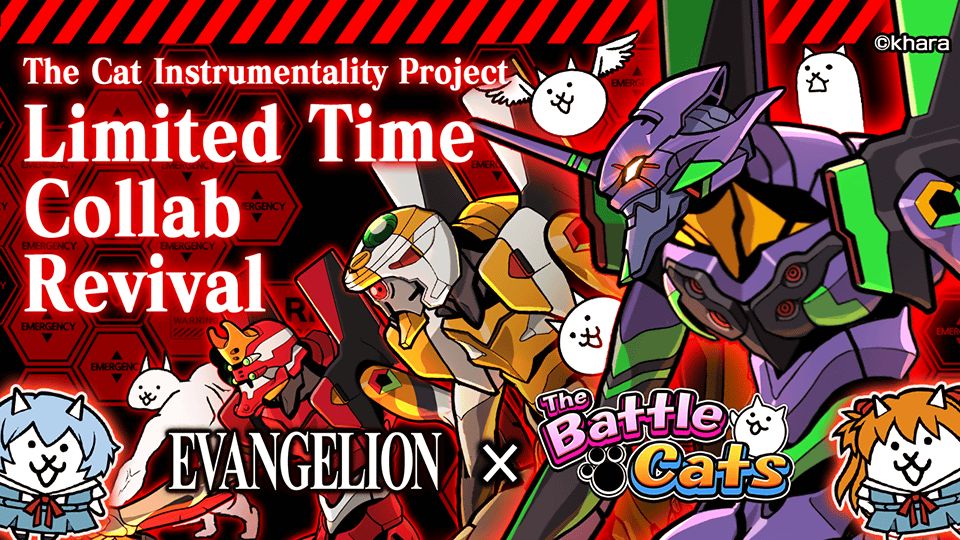 A new crossover event is now live in the world of Battlecats. Ponos have joined forces with the makers of Evangelion for the limited-time event which will run until 17th August 2020. The event will include new events, stages and capsules.

For those who aren’t sure, here’s a little info on what Evangelion is. Evangelion is a Japanese animated series featuring the aforementioned Evangelions. The following definition is taken from Fandom.

“An Evangelion (エヴァンゲリオン) is a giant humanoid being of near-godlike power, created by NERV from samples of the First Angel, Adam (although Unit-01 might be an exception). Evangelions were supposedly created to combat the Angel threat, although their most important function (and one of their greatest secrets) is to initiate Third Impact to evolve humanity further.” So there you have it, glad we’ve cleared things up.

Full details of the collaboration:

Battlecats is available on both the Apple and Google Play Stores.