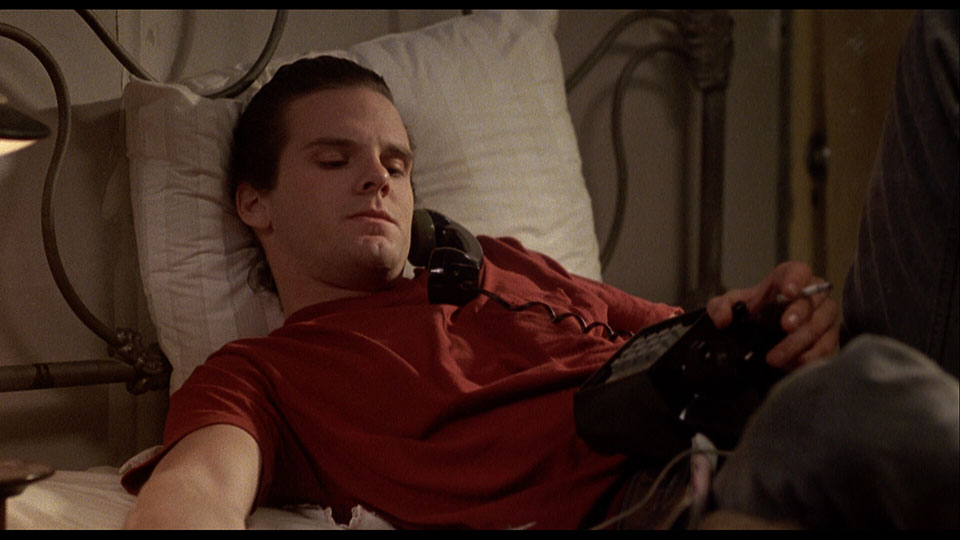 Cult 80s horror classic 976-Evil, directed by Robert Englund (the iconic Freddy Krueger from the Nightmare on Elm Street series), will be released on Blu-ray for the first time in the UK on 19th October 2020 by Eureka Entertainment.

The first print run of 2,000 copies will feature a Limited Edition O-Card slipcase and Collector’s Booklet.

High school underdog Hoax (Stephen Geoffreys – Fright Night) fills up the idle hours in his seedy little hometown fending off the local leather-jacketed thugs, avoiding his overbearing mother (Sandy Dennis) and dreaming of a date with trailer park temptress Suzie (Lezlie Deane), But his quietly desperate life takes a terrifying turn when his cousin introduces him to an unusual new hobby – phoning in for his “horrorscope”. Hoax is hooked up with a compellingly hideous demonic force that slowly begins to overtake his entire life and now there’s more than just a phone bill to pay for anyone who ever dared cross “the neighbourhood nerd”.

The release has the following special features: