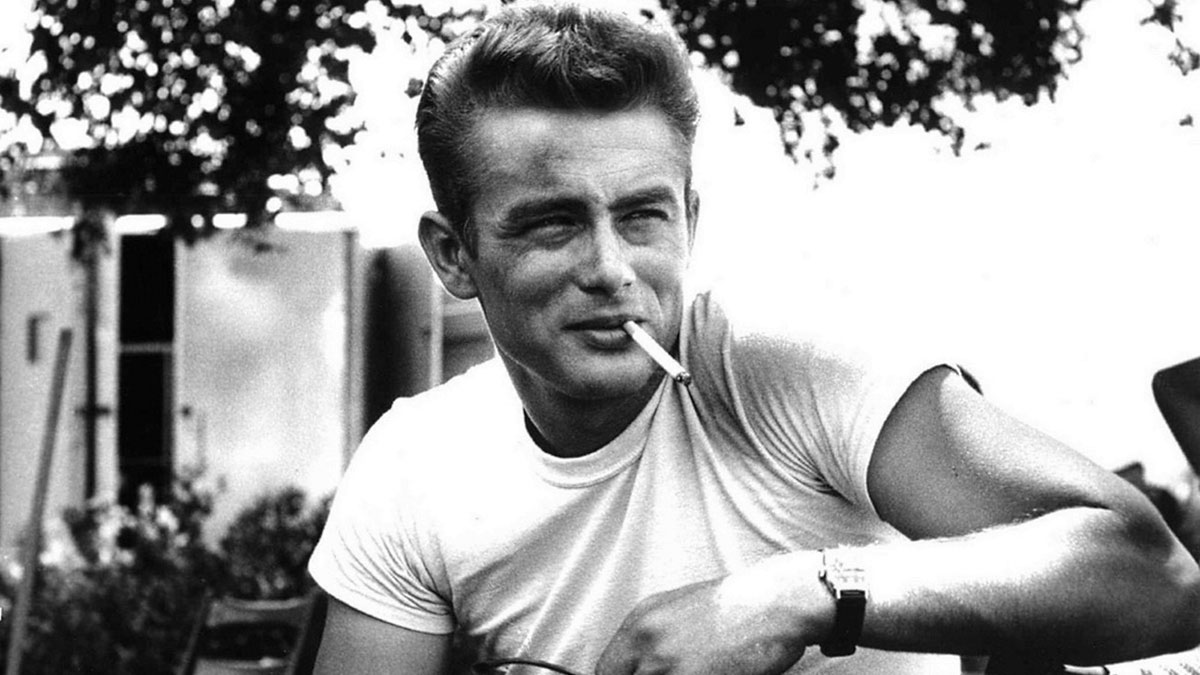 James Dean only starred in three major films across a two-year period: Rebel without a Cause (1955), East of Eden (1955) and Giant (1956). He died aged just 24 in a car crash on his way to a racing event in Los Angeles. Despite his tragically short life and career, James Dean remains a cultural icon and a celebrated Hollywood legend. Why is Dean still lionised and how can his enduring legacy be explained?

The more cynical amongst us may perhaps point to his untimely death as the foundation stone of the mythos surrounding James Dean. The legendary status afforded to the members of the ’27 Club’ who died at 27 (including Jimi Hendrix, Kurt Cobain and Amy Winehouse) certainly underlines our tendency to romanticise the legacies of those lost too soon. Although Dean’s short lifespan has certainly contributed to his mystique and questions of ‘what might have been’, in and of itself Dean’s passing simply does not explain his abiding relevance 65 years on from the event.

James Dean represented an effortless cool and an iconoclastic spirit which was at the forefront of a post-war youth revolution. His unique sense of style and non-conformism inspired a range of other cultural icons, often transcending his own genre of film. John Lennon, for example, stated that ‘without Jimmy Dean, the Beatles would never have existed.’ His rebellious image became synonymous with the spirit of rock ‘n roll and inspired the look and style of the likes of Elvis Presley and Bob Dylan. In some ways, James Dean reflects the birth of celebrity and a new cultural zeitgeist as the world emerged from the Second World War.

His impact on modern celebrity is still profound as James Franco has portrayed Dean on film, Johnny Depp has presented a radio documentary about his life and he is regularly referenced in lyrics from Morrissey to Taylor Swift. His continued relevance is undeniable and there have been suggestions from his estate that Dean could be digitally ‘resurrected’ to star in future films and TV. Dean’s influence remains wide-ranging outside of the big and small screens, too. At a pay by phone casino or playing casino games via a desktop, users have over a thousand choices of themed slot games, including the option to Dean’s cultural cache, seen in games such as a ‘James Dean’ slot, for example. His distinct style also continues to be emulated in the fashion industry, with the plain white tee still worthy of a place in the most fashionable man’s wardrobe.

It may feel as though his actual acting achievements have been ignored but the strength of his performances were fundamental to the tortured, vulnerable masculinity of his image. Indeed, Ray Connolly who directed a film about his life in 1975, described Dean as ‘an extraordinarily good actor’. His portrayals of an anxious, confused Cal Trask in East of Eden and an angry, troubled Jim Stark in Rebel Without a Cause pioneered an acting style which displayed greater depths of emotion. Connolly explained that many actors of the time had a wooden tone of delivery, too focused on emphasising a sense of machismo; whereas Dean’s appeal lay in his ability to convey a deeper set of feelings which spoke to the audience more directly.

James Dean’s early death certainly helped to cement his status as a cultural icon but without his immense acting talent and sense of effortless sophistication, his relevance simply would not have been as long-lasting. His influence upon future legends of our time is his greatest legacy as his style informed a revolution in the way our culture and arts transformed into its modern outlook. His timeless cool has allowed his legacy to endure far beyond his lifespan.