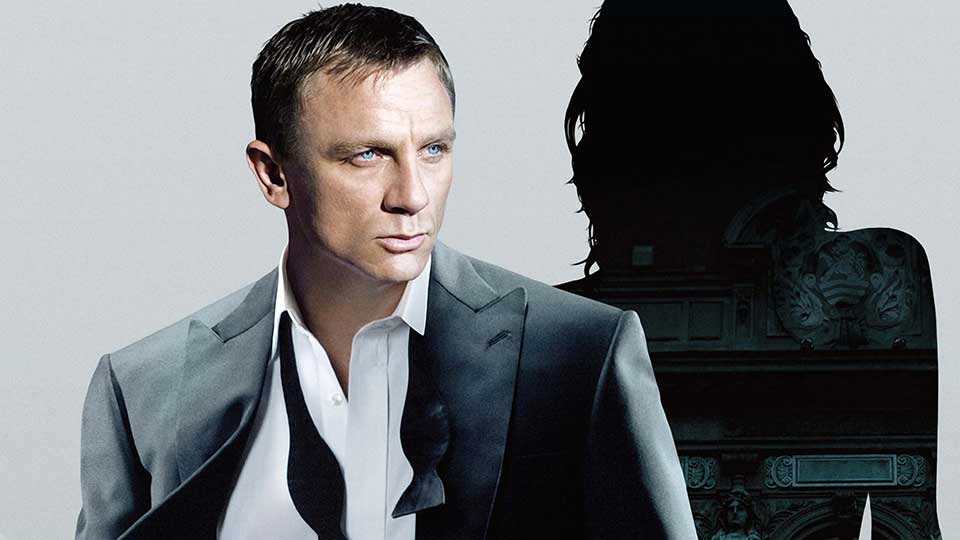 Casino Royale was the film that reinvented James Bond but also put the movie franchise back on track following the indifferent and blandly corporate Pierce Brosnan era. A major contributory factor in reconnecting the world of Bond with its more brutal and stylish roots was the soundtrack – and David Arnold did not disappoint. In Casino Royale, Arnold delivered the best Bond score in the two decades since John Barry’s final contribution – Timothy Dalton’s 1987 debut in The Living Daylights.

The influence of John Barry casts a long shadow across the world of James Bond on film, which is impossible to overstate. Having scored most of the movies up until the Dalton-era, and arranged the legendary theme tune, Barry had established in audience’s minds what a James Bond score ought to sound like: plenty of brass, sweeping strings, with spiky interjections at the exciting moments and a cool jazz riff when Bond is taking a break from playing cards or seducing ladies and doing some spying.

Barry himself had been impressed with David Arnold’s interpretation of his Bond scores, and, following a few one-hit wonders, he was the choice for five James Bond films, but his work culminates in Casino Royale – Daniel Craig’s debut as 007, and arguably the James Bond film with the most artistic merit overall. It was certainly the best material he had to work with.

There may be some expectations going into the soundtrack that aren’t met. James Bond films traditionally begin with the gun barrel sequence and the 007 theme. Casino Royale saved it to the end. Some traditionalists were up in arms. There is method in the madness: it announces the moment Daniel Craig’s rookie Bond becomes the 007 we know and love. Arnold’s extended and full-blooded version – The Name’s Bond… James Bond – is the final piece on the album and is well worth the wait. Secondly, the title track (Chris Cornell’s vastly underrated You Know My Name) is not on this release. Elements of the melodies for both the classic theme and Cornell’s title song find their way into music on the album, such as in the movement Blunt Instrument.

Whether or not you enjoy the album will depend upon how much you enjoy movie soundtracks in general and James Bond in particular. If you love immersing yourself in the cinematic world of espionage, this score will get your foot tapping and your blood pumping. Movements such as African Rundown and Stairwell Fight pulse with drama – exhilarating stuff – just go easy on the accelerator if you’re driving. Arnold throws everything at percussion and staccato brass for The End of an Aston Martin, which is your pure quintessential Bond action sequence music.

More romantic segments can be found. Arnold’s composition celebrating the ill-fated beauty Solange is a tribute to John Barry, whose influence shines through loud and clear in the luscious strings and a haunting atmosphere. Similarly, Vesper enjoys her own theme, in which (unusually) piano picks out the melody with a string accompaniment. The Death of Vesper – a complicated character whose death turns Bond’s heart to ice, returns to a piano and strings theme, giving way to more emotional anguish than we’re used to hearing in a Bond score.

The twenty-five pieces on this album invoke the full gamut of emotional response in the listener. It’s an exceptionally good soundtrack in successfully directing the listener in how they should be feeling. If you love James Bond, then David Arnold’s Casino Royale sits proudly in the same Bond musical hall of fame as numerous John Barry scores and Marvin Hamlisch’s cheeky disco-themed The Spy Who Loved Me (well, it was 1977).

This excellent release from Music on Vinyl brings Casino Royale onto the medium for the first time. This is a double vinyl release, pressed on quality 180g electric blue. The two records are presented in a gatefold sleeve, and each side contains inner sleeves with full-colour stills from the movie on one side and a track-listing set against the iconic gun barrel logo on the other. The design work is stunning. You’ll also find on one side a folded poster depicting Daniel Craig as James Bond. This release is limited to only 2,000 individually-numbered copies, making it a must-have item for collectors.