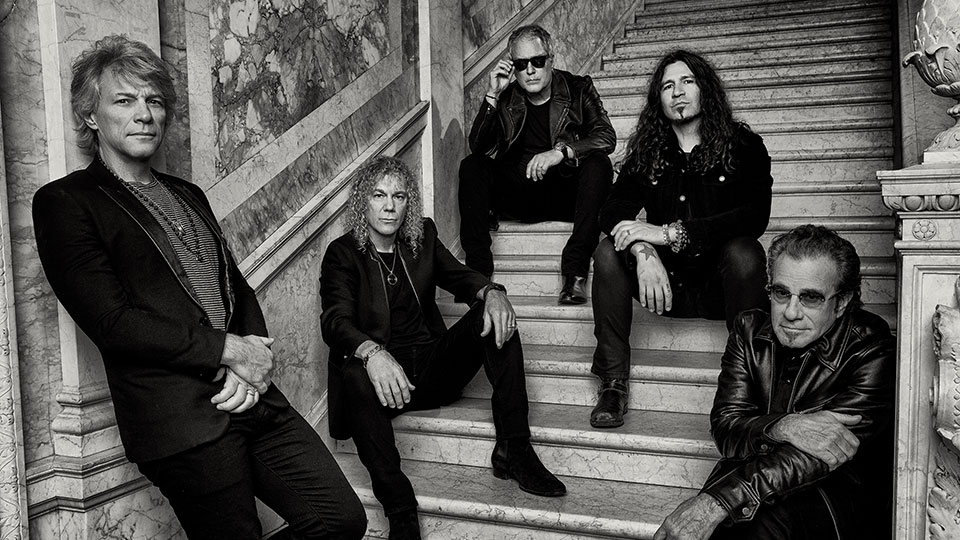 Bon Jovi have announced that their new album 2020 will be released on 2nd October 2020 via Island Records.

The announcement comes after the band was forced to cancel their world tour. To mark the album release reveal, the band has dropped new track Do What You Can.

2020 was originally set to be released in May but was pushed back due to the pandemic. During this challenging time, frontman Jon Bon Jovi wrote two new songs to add to the record – American Reckoning and Do What You Can.

“I am a witness to history,” said Jon Bon Jovi. “I believe the greatest gift of an artist is the ability to use their voice to speak to issues that move us.”

The final version of Do What You Can, written by Jon Bon Jovi, was performed acoustically for the first time on the star-studded Jersey4Jersey benefit special, raising $6 million for the state which was hard hit during the pandemic.

Advertisement. Scroll to continue reading.
In this article:Bon Jovi