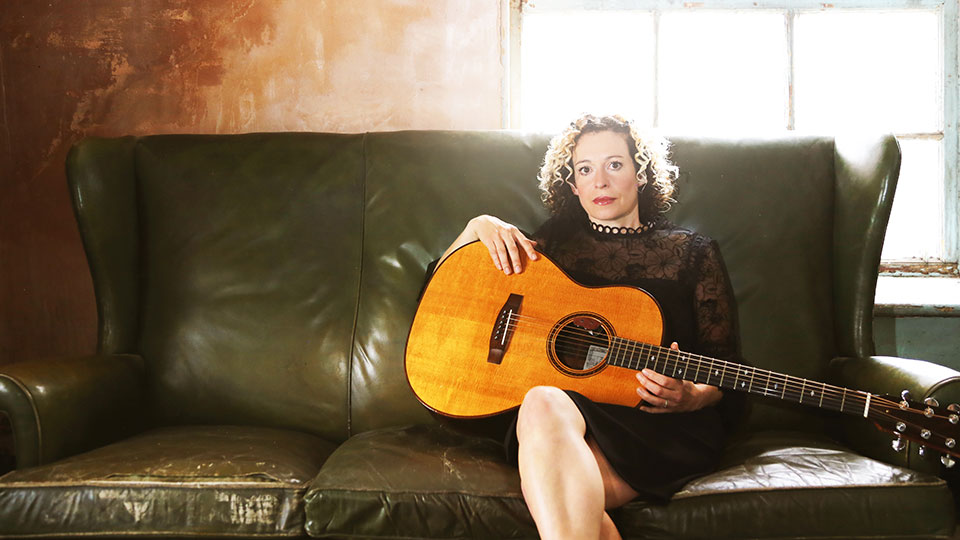 Kate Rusby is set to release covers collection Hand Me Down on 14th August 2020.

The album started life a few years ago when Kate was rehearsing for the Jo Whiley Show on BBC Radio 2 and she was asked to play a cover of her choice. During her second time on the show, she performed The Cure’s Friday I’m in Love, which is on Hand Me Down.

Kate has also released Manic Monday, a cover of The Bangles song, which features her daughters. Watch the video below:

Kate says, “As a folk singer, it’s what I do, re-interpret existing songs, but usually the songs are much, much older. After playing a version of Oasis’ ‘Don’t Go Away’ on the BBC Radio 2 Jo Whiley show, about 5 years ago, it dawned on me that not just the very old songs are handed down through the generations, but also favourite songs of any age, of any generation. Songs are precious for many different reasons. With ‘Don’t Go Away’ proving so popular on the last album and hearing the reaction when we performed it on tour, I decided, “Right, that’s it! I am doing a whole album of covers.”

“There are so many songs from my original Jo Whiley list that I adore and it brings me so much joy to create our own versions of them. They all have a homemade feel, which is how a ‘lock down’ album should sound I suppose, we could only use what we had to hand (it just so happens I have a very talented multi-instrumentalist husband, yey!) so bar the odd part from a band member recorded remotely, it’s all myself and Damien O’Kane, but that was actually our plan all along. What we hadn’t planned on, was our two daughters – Daisy Delia aged 10 and Phoebe Summer aged 8 – having to come to the studio with us! Recording and home schooling are working out surprisingly well. We hope the songs will bring some smiles in these dark times.”

There is no more perfect a time for an album like this, “Just forget the world for a moment and let the music in.” Kate says, “Music is such a powerful potion, it can’t heal the world but it can heal the heart, even for a fleeting moment.”

The first two singles from Hand Me Down are available now. Hand Me Down is set for release by Pure Records digitally and on CD on 14th August 2020 with vinyl release to follow in November.