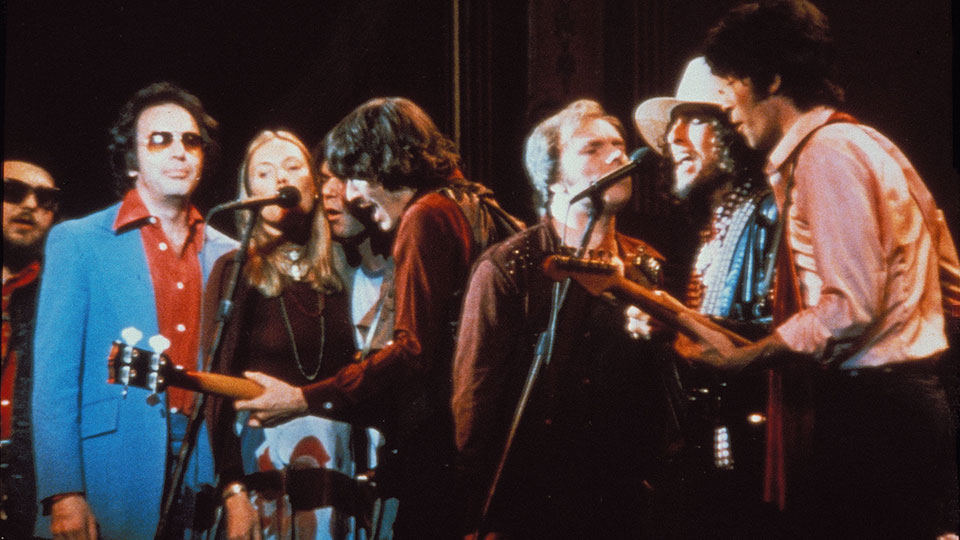 Eureka Entertainment to re-release The Last Waltz, Martin Scorsese’s legendary rock documentary featuring some of the world’s greatest musicians, on Blu-ray as a part of The Masters of Cinemas Series from 22 June 2020.

Perhaps the greatest rock documentary ever made, Martin Scorsese’s The Last Waltz captures what was advertised as legendary rock group The Band’s final farewell concert appearance. Joined on stage by more than a dozen special guests, including Eric Clapton, Bob Dylan, Neil Young, Muddy Watersand Joni Mitchell, The Last Waltz started as a concert, but it became a celebration.

Interspersed with candid discussions between director Scorsese and members of The Band, The Last Waltz has been called “the greatest rock concert movie ever made – and maybe the best rock movie, period”, and The Masters of Cinema Series is proud to present this iconic documentary on Blu-ray.

And remember, “This film should be played loud!”

The Last Waltz, a seminal documentary about one of the greatest nights in rock history, is OUT NOW on Blu-ray and can be purchased at https://amzn.to/2YqjWl0

To celebrate the release of The Last Waltz, we’ve got 3 copies on Blu-ray to give away. Enter below for a chance to win…

Advertisement. Scroll to continue reading.
In this article:Eureka Entertainment, The Last Waltz