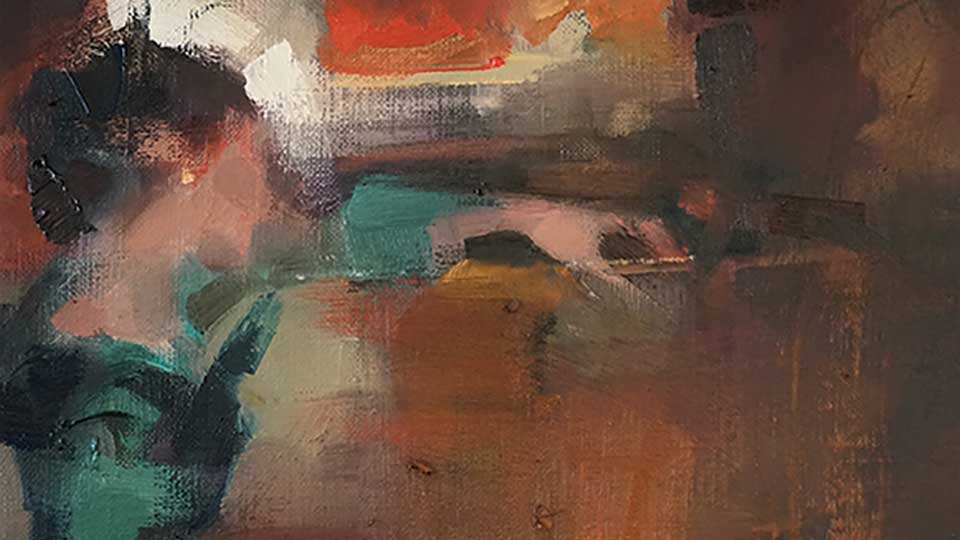 This edition of Gustave Flaubert’s masterpiece Madame Bovary by The Folio Society is limited to 750 hand-numbered copies signed by the translator, the introducer and the artist.

The stunning new limited edition is illustrated with sensual oil paintings by Nushka, and beautifully bound in Douppion silk.

The story – a must-read for fans of Nineteenth Century classic romantic literature – follows Emma, a rural doctor’s wife, who yearns to escape the banality of her life. Subtitled Provincial Morals, Madame Bovary was controversial when it was first serialised in 1856, and lead to Flaubert standing trial for obscenity. Over a century and a half later, Madame Bovary’s depiction of desire, disaffection and love is as poignant now as it was then.

Originally painted in oils, Nushka’s subtle, sensual compositions are infused with a blend of American and European influences. Nushka staged the scenes she chose to paint for this edition using live models, props and costumes. The result is artwork that is subtly abstracted, intimate and evocative.

The acclaimed translation selected for this edition is by Adam Thorpe, and only uses syntax, vocabulary and expressions that were in general use up until the 1850s, when Madame Bovary was first published. This approach immerses readers in the ambiance of 19th-century France to give them a genuine flavour of the world in which the novel was created.

In a new introduction specially commissioned by Folio from Norwegian novelist Karl Ove Knausgard, he explains not only why Madame Bovary is ‘the perfect novel’, but also why ‘the novelist of today continues to write in Flaubert’s shadow’. Henry James’ 1904 piece ‘On First Reading Madame Bovary’ is also included, completing this exquisite edition.

Nushka is quoted as saying: ‘I was absolutely thrilled to be part of the project — as I told you before, I always wanted to illustrate a novel but never had an opportunity as suitable as Folio Society’s before. Painter is a lonely job and it was new to me to discover the backstage of an illustration commission and the team behind, and I really enjoyed it.

I spent a whole year dedicated to Madame Bovary. I read the book many times and watched every illustration/movie that was made before because I wanted to go further the pretty, ethereal representations of Emma. I wanted to address every part of the character and her story, not only the cheesy/cliche aspect, but also the ironic, the powerful/rebellious and the melancholic sides.

I always work from reference-photos that I make before I start to paint. For Madame Bovary, we needed costumes. I borrowed two beautiful dresses from a tailor and a theater for fun, but I’ve created most of the costumes myself. Playing dress-up with my model wasn’t enough to feel back to the XIX: I had to find relevant places to shot the pictures! I chose my childhood home in the countryside to be the Bovary’s house; we shot the ball scene on a public holiday at the Grobet-Labadié museum with the kind permission of the curator, and we had to wait for rainy days in Marseille to give a Normand look to the outdoor scenes…

Flaubert as the author has been quoting as saying « Madame Bovary is me » : I wanted, as the illustrator, to honour that sentence. And after all this, I was starting to feel a bit like Emma myself… That’s why one of the representations of Emma is a self-portrait; and the cover of the book is actually a mix between my model’s face and mine.’

The Folio Society limited edition of Madame Bovary by Gustave Flaubert, introduced by Karl Ove Knausgård, translated by Adam Thorpe and paintings by Nushka is available exclusively from www.foliosociety.com/uk/madame-bovary.html.