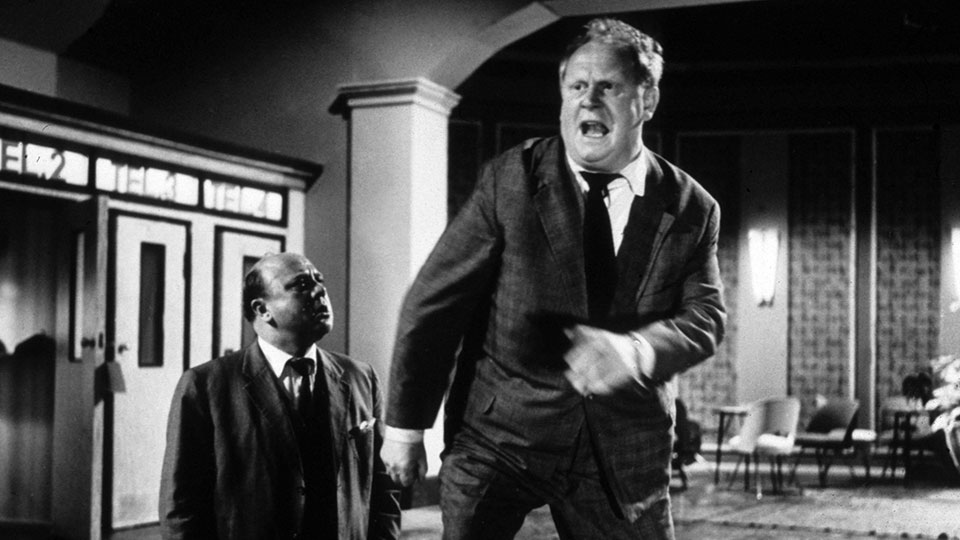 Eureka Entertainment to release The Thousand Eyes of Dr Mabuse [Die 1000 Augun des Dr. Mabuse], the final instalment in Fritz Lang’s ‘Dr. Mabuse’ trilogy, on Blu-ray for the first time in the UK, as a part of The Masters of Cinema Series from 11th May 2020. The first print run of 2000 copies will be presented with a Limited Edition O-Card Slipcase.

After enjoying fantastic success with Fritz Lang’s two-part “Indian Epic” in 1959, German producer Artur Brauner signed the great director to direct one more film. The result would be the picture that, in closing the saga he began nearly forty years earlier, brought Lang’s career full-circle, and would come to represent his final celluloid testament—by extension: his final film masterpiece.

One of the great and cherished “last films” in the history of cinema, The Thousand Eyes of Dr. Mabuse provides a stylistic glimpse into the 1960s works on such subjects as sex-crime, youth-culture, and LSD that Lang would unfortunately never come to realise. Nonetheless, Lang’s final film remains an explosive, and definitive, closing statement. The Masters of Cinema Series is proud to present Fritz Lang’s final film on Blu-ray.

The Thousand Eyes of Dr Mabuse, the final instalment in Fritz Lang’s ‘Mabuse’ trilogy, is released on Monday 11th May 2020 on Blu-ray and can be purchased at https://amzn.to/3cJRz6v

In this article:Eureka Entertainment, The Thousand Eyes of Dr Mabuse