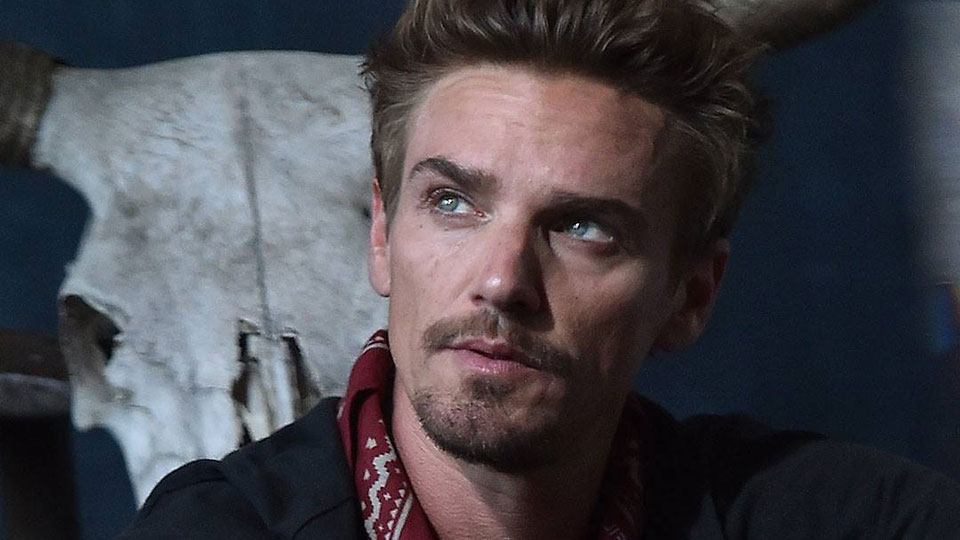 Riley Smith is perhaps best-known in the UK for his role as Marcus Keen on ABC’s hit Country music drama.

With a list of credits that includes 90210, 24, True Blood, True Detective and Frequency, Riley can currently be seen on The CW’s hit series Nancy Drew as Ryan Hudson. Outside of his acting, Riley has been making and recording music too, releasing a solo EP in 2017 and a number of singles since.

I caught up with Riley to talk about Stagecouch, find out about his plans for new music and to discuss his time on Nashville…

You’re performing as part of Stagecouch this weekend. What’s it all about and how did you get involved?

Rob Mayes, is a good friend of mine and we’ve done two different television series together. He’s got an amazing voice and he’s really talented. When he wanted to go to Nashville to start making music, I was the one that that set him up with basically everybody I knew and helped him get started. He’s since taken it and ran with it, which is awesome. He called me the other day and wanted to play some music virtually and he was like, ‘I’m thinking about doing a show with a few guys. Do you want to play?’ and I was like, ‘yeah!’ The more we talked, I actually told him, ‘why don’t you get more artists and do smaller set times and make it more of a music festival?’ He called me back and he goes ‘Stagecouch’. I was like, ‘oh my god, that’s brilliant!’ He ran with it and put it all together and here we are.

Artists don’t have much opportunity to perform live at the moment apart from through the Internet. Have you been doing many live streams recently?

This is the first thing I’ve done in about a year. I have been busy filming with Nancy Drew and my fiancee and I had a little baby girl about eight months ago. I have just had no time to do any music. When Rob called me, I thought, ‘you know what, this is awesome. I’m gonna do it’.

In terms of your music you’ve been part of a band, The Life of Riley, and you’ve released music as a solo artist. It’s been a little while since we’ve had anything new from you so do you have new music in the pipeline at the moment?

Yeah, it’s really hard right now between filming and a new family. We were just about to start hiatus on our show anyway so I had a lot of plans. I was gonna film a music video and try to play some shows but now obviously we’re on lockdown. I actually shot a music video last year in Chicago and I was gonna release it this hiatus and I was going to do a whole press tour with it but now I can’t do that either. I decided I’m going to release it independently next month, which I’m excited about. The show Nashville was what really got me doing this, I would say, semi professionally. When I did the TV show in 2015, we shot it in Nashville and I got to play with so many great writers and musicians. I played the Grand Ole Opry and I played the Bluebird Cafe, and then I got a record deal and that’s really where it became a solo project. I went really hard at it for all of 2016, 2017 and 2018. I was making a ton of music. Fortunately I backlogged a lot of it. I have about six songs and two videos that are already done and on the shelf so I have stuff to put out even though I haven’t had time to make anything recently.

Nashville is a big reason why Country music got a foothold in the UK. It opened the genre up to a whole new audience and thanks to the cast, most notably Charles Esten who has relentlessly toured here, it’s really found a place. What was your experience like on that show?

Honestly, one of my top professional experiences in my life. Personally, I had the most fun I’ve ever had. I was singing on every episode between acting on the show. Obviously I got lucky because most of my stuff was opposite Connie Britton and Charles Esten so I was working with the king and queen almost every day on the show. When I wasn’t working, and some days even when I was filming, I’d have to go record the music or go do choreography for the song of the week that we’re filming. It was like music bootcamp for eight months straight. The days that I wasn’t working for the show, I was writing music with writers in town for myself personally. I was 24/7 music for eight months straight. I came out of there and I’d grown leaps and bounds as a musician, and a writer and performer. It was the best experience ever,

A show like Nashville lends itself to allowing you to make music around the clock. I imagine the schedule for your current show Nancy Drew, is a lot more hectic and doesn’t give you the downtime to be able to balance the two as easily…

Yeah, Nashville is all about music so you’re just constantly surrounded by it, whereas Nancy Drew’s obviously not a music show. It just doesn’t lend itself to as much time (for music). For me personally, I go home and now I want to be with my daughter. The most music I play these days is, every night we have music time, and I put her in her jumper and I get my guitar. I play and sing for her, and then I teach her to strum the guitar. We do it every single day without fail. That’s the 30-minutes I get to play every day.

You mentioned that the new music you’ll be putting out will be independently released. What challenges come with that in the current music climate?

Well, the challenges are the same as they were back when radio was prevalent. I think that the record labels have picked up on the same thing that they did with radio where you can grease pockets to get your songs on playlists, and it takes money to pay for online promotion and pay for playlisting. It really becomes like a rich man sport again. The good news about the place we’re in now is that anyone can make music and so anyone can be heard. The bad news is that it still takes a lot of politics and money to get your music heard by the masses. But I love it. I love that everyone has the opportunity and I feel like good music will find good people.

As an artist and a creative are you finding this lockdown stifling or is it actually inspiring you?

I definitely think that you can be more creative in this kind of environment once you give into it. I think at first I was too much in my head and trying to wrap my mind around the situation we’re in, like everybody. For me, some time around week three, I just gave in and knew that if I’m doing my part and staying at home, then we’re just here until further notice. I’ve been able to get really creative. I have a little home studio in my house, and I’ll go out there like probably once a week. I’ve got three or four different balls in the air that I’m working on right now. I think that if you can get out of your head, you should definitely be more creative in a time like this.

There’s no better way than playing a virtual festival this weekend is there?

Yeah, I’m really excited. I’m nervous. I haven’t played in a long time. I’m trying to figure out which songs to play. I got a couple new ones I want to try out that I’m going to be releasing later this year. It’s gonna be fun.

Is there anything else that you’re hoping to be able to do or any other projects you’re working on before the end of the year?

No, I’m just working on getting back to work (laughs). I think everybody in the world is ready to get back to some sort of normalcy and get back to working, and for me, that’s being creative. My plan is to release a couple music videos this year that we already have in the can, a couple of new songs and then hopefully by September we’ll be back in Vancouver starting season two of Nancy Drew.

Might we see you in the UK for some live shows once this pandemic ends?

I come every April, except for this year because we wouldn’t have been able to come anyway. We do a little UK tour usually and I play a festival called One More Shot (OMS). It’s a country music festival convention. It’s fan interactive and at a hotel in Birmingham, and there’s usually 10 artists. All the money goes to cancer awareness. It’s put on by a cancer survivor called Rachel, who is now good friend of mine through doing this, and a bunch of cancer survivors. It’s cool. We get together, we do Q&As, we play sets every night, we do photo ops and autographs. I’m going to try to come back next April, that’s the goal. We wrapped a tour last year and we played the O2 Academy in Islington. That’s the second time we played there. I love that venue, it’s beautiful. The sound is amazing. We’ll do that and then we’ll do a couple of other cities.

Riley Smith will perform at Stagecouch on Saturday 25th April 2020 at 3pm PST / 11pm UK time. Tickets are ‘pay what you can’ and can be purchased at https://www.stageit.com/stagecouch/w_riley_smith/78341. For more information about Stagecouch, visit http://stagecouchfest.com.