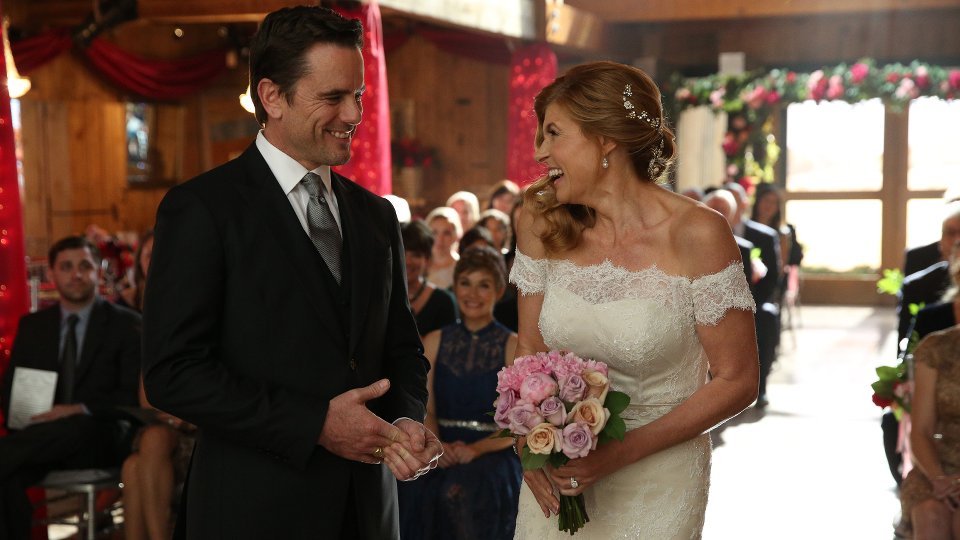 Rayna (Connie Britton) was taken by surprise when Deacon (Charles Esten) proposed to her on the latest episode of Nashville.

The proposal came after Rayna had more drama with Markus (Riley Smith) after he made a move on her. When she turned him down, Markus decided to cancel his tour and move to L.A. putting Highway 65 in jeopardy. Deacon admitted her was jealous of Markus before he got down on one knee and asked her to marry him – of course Rayna said yes!

Elsewhere in the episode Avery (Jonathan Jackson) found out that Juliette (Hayden Panettiere) was being treated for post-partum depression, Luke (Will Chase) found out that his business manager had embezzled money from him, and Will (Chris Carmack) was hit on by Wade (Josh Coxx) during a writing session.

The next episode of the season is Forever and For Always. It’s been a long time coming, but Rayna and Deacon finally tie the knot, but there’s a setback after an ambush from the paparazzi.